Against all odds, these Anchorage women are asking Amazon to build its new headquarters here 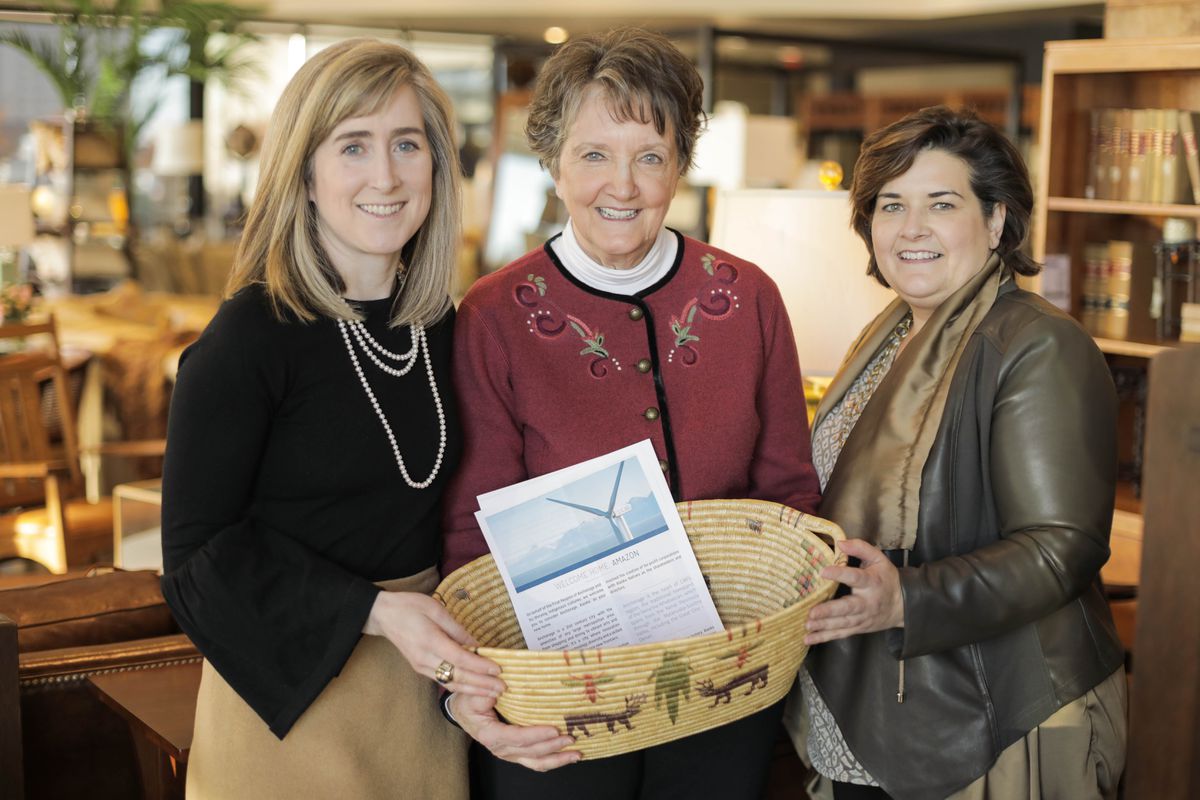 Three women are trying to convince Amazon to choose Anchorage over competing cities from around the country as the location of its second headquarters. Their long-shot campaign against rivals like Chicago and New York highlights Anchorage's strategic location and its internationally important cargo airport.

Seattle-based Amazon began soliciting proposals from cities across North America early last month. It's seeking to invest $5 billion in a new campus that could employ 50,000. The deadline is Thursday.

Stapleton said it's too late to propose the tax breaks that Amazon seeks. But she'll work with Anchorage and state officials to assemble those later, if the application piques Amazon's interest.

"This is a phenomenal opportunity to showcase Anchorage and Alaska," she said.

Anchorage's attributes include a highly educated workforce, university degree programs in logistics and supply chain management and relatively short flights to Asia, Europe and the rest of North America, she said.

There are also benefits and legal exemptions for cargo shippers that have made the Ted Stevens Anchorage International Airport the fourth-largest cargo airport in the world, she said.

"We need to get aggressive when there are opportunities like this out there," said Stapleton. "If it's not Amazon, there will be other companies who will see our name as a submitted city and perhaps they will be interested in locating here."

Alaska Chamber President Curtis Thayer said the state has no sales tax or personal income tax, which would be valuable features for Amazon's workforce. Alaska would benefit from an Amazon campus in part because of the state's high corporate income tax rate.

Thayer said he was submitting a letter recommending Anchorage at Stapleton's request.

In an unrelated commentary in the Alaska Journal of Commerce, Thayer recently urged Alaska leaders to apply. He said Tuesday that while everyone talks about the need for economic diversity in Alaska, the city and state's political leaders "sat on their hands." He's glad Stapleton and the Bakers are giving it a shot.

"There are other areas in the country that you can say are more attractive to Amazon, but we have a company that wants to invest. We should try," Thayer said.

Amazon says it's looking for a city with at least 1 million residents, well beyond Anchorage's roughly 300,000. But Stapleton said she's hoping "the totality" of Anchorage's positive traits attracts Amazon.

Carmen Baker and her mother had been searching for volunteers to help create an application, but people kept turning them down, saying it was too difficult, Carmen said. But when Stapleton walked into the furniture store to buy a sofa, Carmen's mother sought her help.

They launched the effort about a week ago.

"We haven't had more than five hours of sleep since then," Carmen said. "Everyone is doom and gloom about the economy, so we have to do something."

"You want the big fish when you cast your line," Carmen said. "But you're happy when you get a couple fish that help sustain you through winter. So maybe we get smaller companies of maybe 10,000 people."

In the campaign, Alaska leaders explain why Anchorage is a special place to live and do business. Close to two dozen contributors include the state's congressional delegation, lawmakers, Anchorage Mayor Ethan Berkowitz, the governor and educational and business officials.

Other metropolitan areas are using deals and gimmicks to convince Amazon. New Jersey and the city of Newark are offering some $7 billion in tax incentives. Kansas City's mayor purchased 1,000 items from Amazon and reviewed them online, according to news reports.

"It's a good place to raise kids and you don't have traffic problems like other cities have," he said.