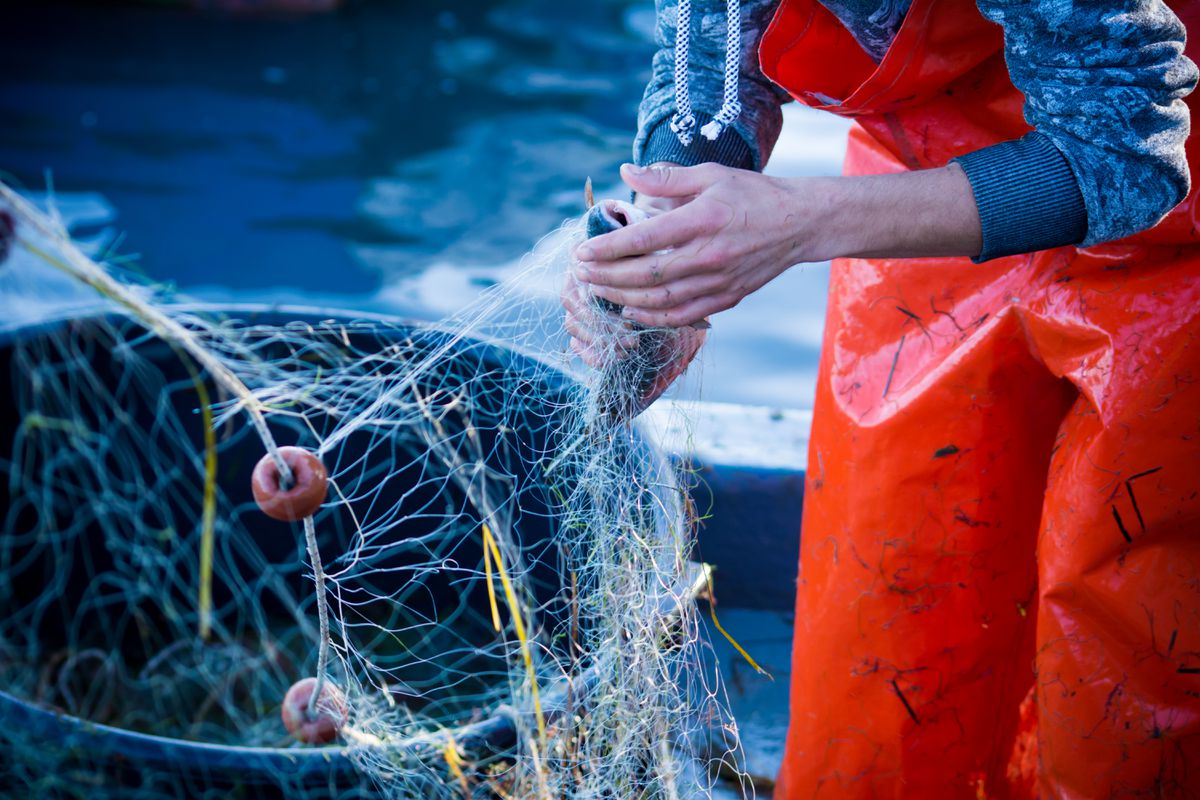 A new lender is offering loans to young Alaska fishermen who want to buy into the halibut and sablefish fisheries, and repayment is based on their catches.

The Local Fish Fund opened this month to provide alternative loan structures to young fishermen as a way to help turn the tide on the trend called the “graying of the fleet.”

The average age of an Alaska fisherman today is 50, and fewer recruits are choosing the fishing life. A big part of what’s turning them away is the cost to buy into fisheries that are limited through permits or, in the case of halibut, catch shares that can cost up to $75 a pound. The high values have made conventional loans unobtainable, especially for crewmen who may know how to catch fish but have little collateral.

“The cost and risk involved in accessing Alaska’s quota share fisheries are comparable to purchasing a hotel as a first step in home ownership,” said Linda Behnken, founder of the Alaska Sustainable Fisheries Trust and director of the Alaska Longline Fishermen’s Association in Sitka. “We’re looking for ways to help the next generation of fishing families get that start and build sufficient equity to eventually access conventional loans.”

“We’re hoping to build the fund to be available more broadly and capitalize at a higher level,” Behnken said.

The fund’s flexible “revenue participation” approach will let fishermen repay their loans according to the ups and downs of fishing.

“Part of what has made it really challenging to buy into the fisheries is the uncertainty and how that will affect their ability to make fixed payments that don’t fluctuate as catches or fish prices drop,” Behnken said. “We share and reduce that risk so the payments are based on what fishermen are paid at the dock. If the price falls, so does the payment; conversely, if they go up, it’s a bigger share.”

The Local Fish Fund comes with another good catch. Fishermen are encouraged to participate in local resource conservation projects, such as electronic monitoring or networking to keep whales away from fishing gear. They are given a 1 percent break in their loan interest if they do.

“Part of our goal is to involve more fishermen in conservation research and fisheries management. Our perspective has always been that fishermen are the best problem solvers and when we engage them, we find solutions,” Behnken said.

“Some of the partners we’re working with are coming specifically from that impact investment sector that is trying to obtain conservation goals through innovative lending,” said Dustin Solberg of The Nature Conservancy in Cordova. “There are great opportunities for fishermen and scientists to team up to get a better understanding of our fisheries and the ocean environment.”

Halibut starts - The Pacific halibut fishery started on March 15 with more fish to catch and favorable market conditions. The coastwide catch limit from California to the Bering Sea is just under 30 million pounds, an 8.2 percent increase over 2018. Alaska’s share of the halibut catch is 22 million pounds, up a million and a half pounds, with increases in all fishing areas except the Western Gulf.

Market conditions are more favorable this year, due mostly to fewer fish in the freezers. SeafoodNews.com reports that less carryover going into the new season has renewed interest in halibut, especially during Lent, which runs until April 20. Last year buyers pulled back on halibut purchases after years of high prices and a sudden flood of cheaper fish from eastern Canada sucked the wind out of the Pacific market in 2017. The Canadian fishery, which operates year-round, has recently been putting up to 11 million pounds of halibut into US markets. Starting prices to Alaska fishermen last year were in the $4 to $5 range, down $2 on average from previous years. Prices ticked upward during the season but never reached the levels of a few years ago.

Roughly 2,000 Alaska longliners hold quota shares of halibut, which they can fish through Nov. 14.

ComFish at 40 – Hundreds of visitors will flock to “the Rock” to celebrate the 40th ComFish Alaska trade show March 28-30 at Kodiak. Joining all the vendors and exhibits at the downtown convention center will be U.S. Sen. Dan Sullivan, R-Alaska. From the governor’s office, special adviser John Moller and Rachel Baker, deputy commissioner of the Alaska Department of Fish and Game, will hold open meetings, as will state Rep. Louise Stutes, R-Kodiak.

Trending topics on the ComFish agenda also include a Q &A with Mark Lester, president of Alaska Aerospace Corp., which has over 30 rockets planned for the Kodiak launch pad that could curtail fishing. Also, updates on the Pebble mine, seafood marketing, “throw me a rope” safety tips, fish stories and sea songs, legal advice, net recycling and much more.

Recognizing Kodiak’s processing workers has become a ComFish Saturday tradition and teams from different companies compete in skill competitions. This year includes a shark dissection, a new Fish in a Box contest where a lineup must be identified by touch and/or tail, and a fish toss. A contest to showcase the most able fisherman will bring ComFish to a close.

Alaska Airlines is offering 7 percent ComFish discount for Kodiak flights. See the full lineup of ComFish events at www.kodiakchamber.org and on Facebook.