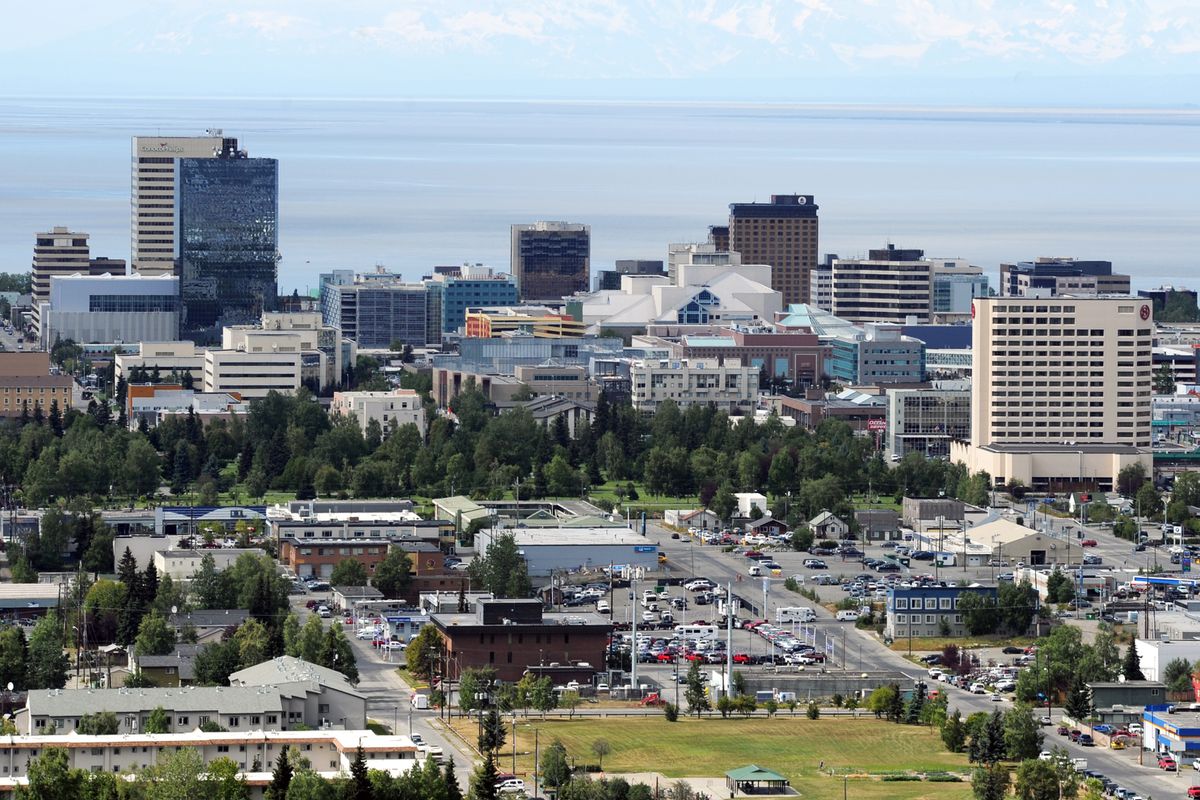 Gov. Mike Dunleavy’s $444 million in vetoes from the state budget will have negative consequences for Alaska’s economy, including widespread job losses and higher local property taxes, economists and business leaders said this week.

“It’s really too early to say what the impacts will be, but it won’t be positive, of course,” said Ed King, the former state chief economist for Gov. Mike Dunleavy as of Friday.

On Monday, King was speaking as owner of King Economics Group. His temporary position working for the Dunleavy administration ended last week.

Matt Shuckerow, the governor’s spokesman, said the state is quickly running through its savings. The Legislature has rejected attempts to increase taxes, and voters rejected using part of their annual Permanent Fund dividend to pay for government when they elected Dunleavy in November, he said.

“The governor is presenting the alternative option, which is we have to take a look at the way we spend,” Shuckerow said.

Dunleavy has argued that the 182 line-item vetoes he made on Friday will be challenging for Alaskans statewide, but will set the stage for economic growth. Cutting state expenses to create a balanced budget, while paying out a full Permanent Fund dividend and restricting future tax increases and spending, will give businesses the confidence to invest in Alaska, he said.

“We believe by getting the government side under control, we open up real possibilities for the private sector to grow exponentially,” Dunleavy said on Friday.

But economists and some business leaders said in interviews this week they are worried about what the dramatic cuts will do to Alaska’s unique economy, which has more state government jobs per capita than most other states. Some speculated that the reductions will slow the state’s recovery from a recession it has been mired in for three years.

King and others have said a large PFD — the governor wants the Legislature to consider a $3,000 dividend in a special session he scheduled to start Monday — will offset some damage to the economy from the vetoes.

A PFD boost could potentially result in about 5,000 added jobs, said Mouhcine Guettabi, an economics professor at the University of Alaska Anchorage Institute of Social and Economic Research. But those jobs would be low-paid, retail sector jobs that last for two or three months, he added.

“And obviously the biggest caveat is, that presumes they actually spend their PFD,” Guettabi said. “Given the amount of uncertainty we’re entering or been in for six months, the likelihood is lower.”

Those potential short-term jobs “pale in comparison” to the long-term consequences of the cuts, he said. Job losses from the vetoes would be roughly between 4,500 and 7,000 jobs, according to an ISER analysis.

Anything the state does to reduce the budget deficit will cost jobs and money, according to a 2016 ISER study on which Guettabi was one of the authors. But the impact on job losses varies depending on how lawmakers make reductions. Cutting state employees and broad spending cuts across the budget would have higher estimated job losses compared to other methods, such as taxes or cuts to the dividend, that study found.

There is “no way” the governor’s cuts won’t result in significant job losses that will ripple through the economy, said Jonathan King, owner of Anchorage economic firm Halcyon Consulting. (He is not related to Ed King.)

‘Who would take a job in Alaska right now?’

The statewide University of Alaska system, which suffered the biggest cut at $130 million, will lose “hundreds” of positions up to 1,500 jobs, depending on how the university responds to the reduction, Ed King said. The cuts could eventually turn out to be a “positive” for the university, if, say, the university tightens operations to better meet the needs of Alaska employers, he said.

On top of those direct job cuts, Guettabi questioned the longer-term consequences of a smaller university system in terms of attracting students, and attracting and retaining employees.

“Who would take a job in Alaska right now?” he said. “I don’t know, exactly.”

In his second largest veto, Dunleavy cut $91 million to the Department of Health and Social Services, including $50 million from Medicaid services. It comes atop the $70 million reduction already approved by the Legislature. The reductions might cause the rate of growth in the health care sector to slow, Ed King said.

“It’s a meaningful cut,” Ed King said. “(But) I don’t think it will force the industry into decline.”

To support his approach, the governor has pointed to Colorado’s strong economy and other states that have restricted spending and taxes. But, Ed King said, it’s not certain that restricted taxes and government growth lead directly to an improved economy. A complex array of factors often contribute to more business investment, he said.

“I don’t think in any situation you can draw that line very clearly,” said King, whose company has a contract with the state Department of Revenue analyzing the state’s oil tax system.

In the business community, unease and optimism

Dunleavy’s budget vetoes will likely hurt the economy, said Bill Popp, CEO of the Anchorage Economic Development Corp., though he said it will take time to understand the specific impacts. While a state’s tax environment is important for businesses making decisions about where to grow, it is hardly the only factor, he said.

“More and more, we are seeing business decisions on where to invest driven by the availability of the workforce” and a city or state’s quality of life, Popp said. “I’m not seeing, at this stage, a surge of interest related to the idea that taxes alone are going to drive investment.”

The Alaska State Chamber of Commerce, which represents businesses statewide, said in a statement that its top fiscal priorities are reducing state spending to “sustainable” levels, with a “meaningful cap” on state operating expenses. The chamber appreciates “the efforts being made by many public officials to move towards a plan where state government spending matches actual revenues,” said Kati Capozzi, the group executive director, in the statement.

Capozzi declined to be interviewed about the chamber’s views on the vetoes.

Jim Udelhoven, owner of Udelhoven Oilfield System Services and a past president of the Alaska Support Industry Alliance, said the governor is on the right track. He said the vetoes will be a “little bit painful” but now is the time to make state cuts that have been needed for years. The economy is improving and jobs are increasingly available.

“As this economy returns we’ll be more competitive, more streamlined and better off than when we went into this recession,” he said.

“It doesn’t mean the housing market is going to be in trouble,” he said, but it’s something to watch.

Cuts to social services will also ripple out to businesses, said Kevin Campbell, president of the Building Owners and Managers Association of Anchorage. The group represents the interests of commercial property owners in the city.

Job losses combined with cuts to social services programs would be concerning for businesses that already grapple with homelessness and crime, said Andrew Halcro, executive director of the Anchorage Community Development Authority.

“These cuts, combined with how much we’ve cut over the last couple of years — this economy is going to be an absolute dumpster fire in the next few years,” Halcro said.