Anchorage’s Nordstrom closes its doors for the last time 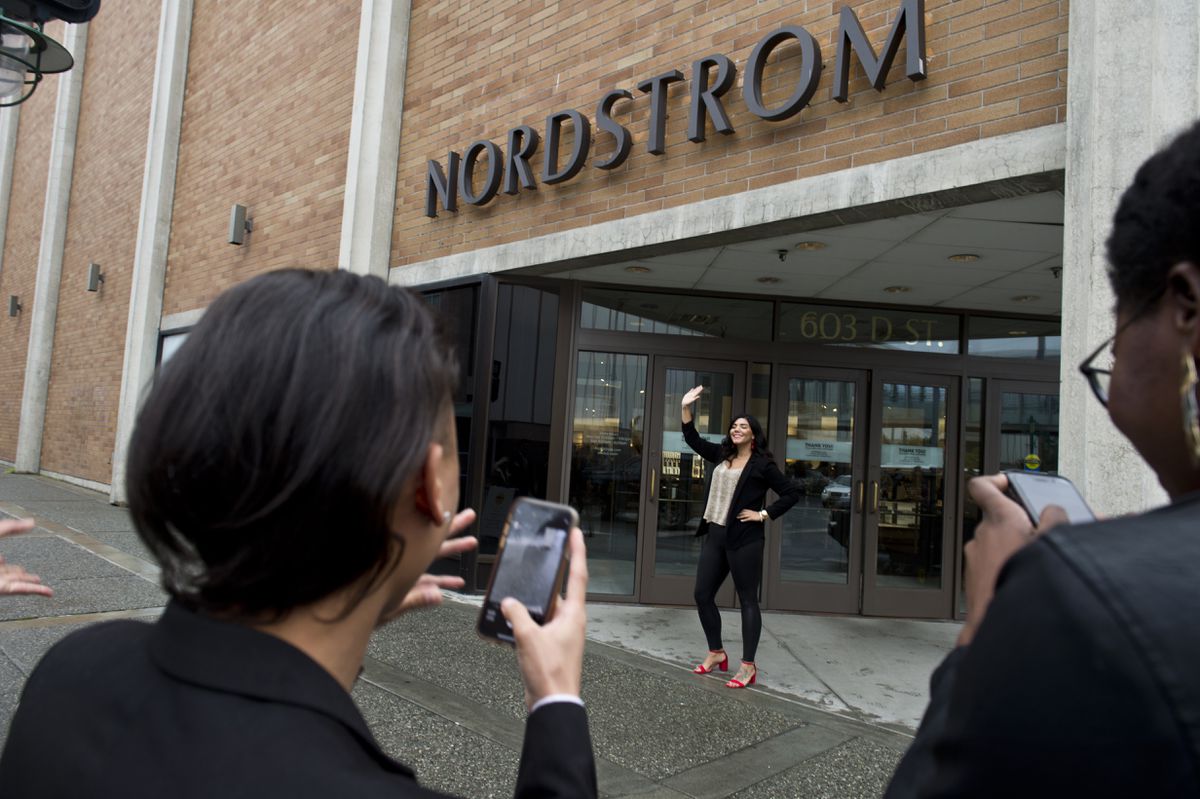 Nordstrom employees and customers gathered for a final toast of sparkling cider by the escalators on Friday. At 5 p.m., the downtown Anchorage department store closed for good. People lingered on the corner of 6th Avenue and D Street to take pictures and reminisce about the retailer that had been an upscale clothing staple since 1975. Other incoming customers were turned away by security and informed of its new permanent status. Employees then filled the entryway as the doors were locked one last time. In the store’s back alley, the Nordstrom lettering had already been removed from the top of its three-story south-facing wall.

[Nordstrom closure will leave a big retail hole in downtown Anchorage. It’s not clear yet what will fill it.]