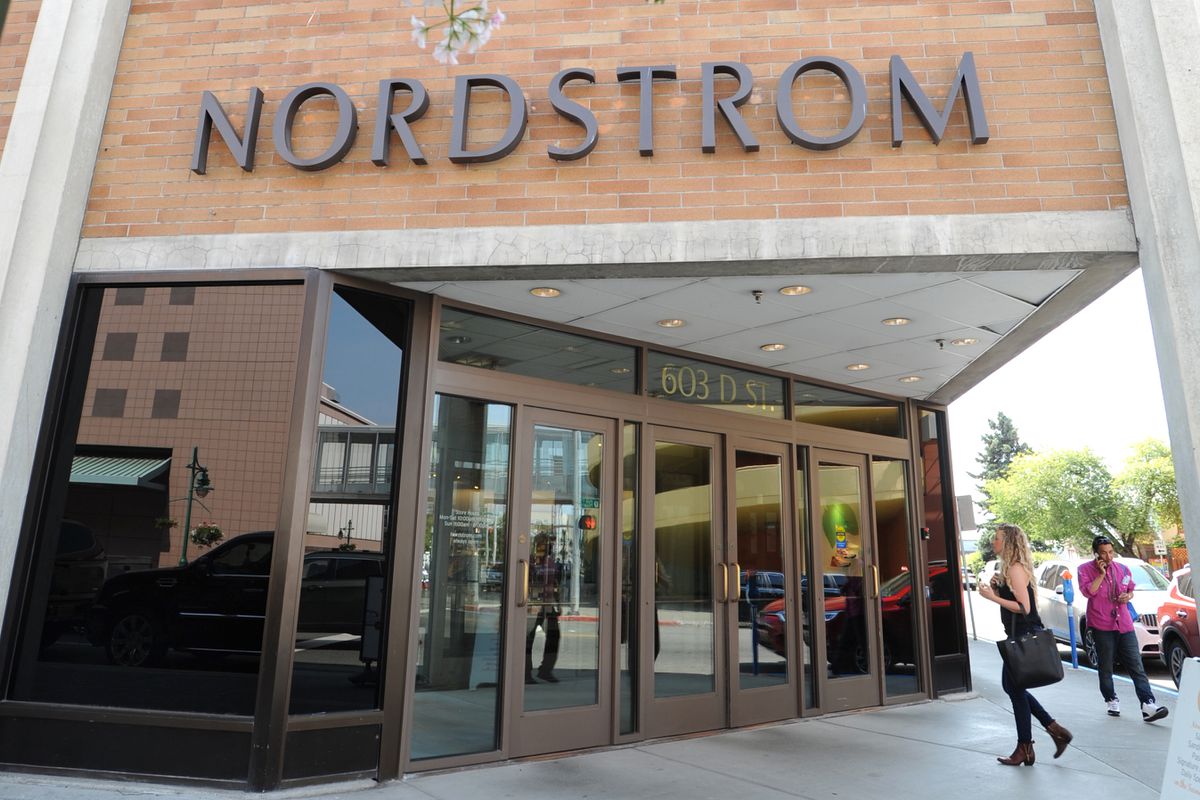 Nordstrom will close its downtown Anchorage store at the Fifth Avenue Mall in September, the Seattle-based company said Wednesday in an announcement that elicited anguish from some shoppers and evoked nostalgia for others.

The store’s last day of business will be Sept. 13. It is Nordstrom’s only full-line store in Alaska.

“Looking at our needs in the Anchorage market, we decided it made the most sense to close this store and focus on serving customers at the nearby Rack store as well as online,” the statement said.

The company notified employees Wednesday morning. About 170 people work at the 97,000-square-foot store, which opened in 1975.

Nordstrom is a major anchor in downtown retail. It also stands out as the only high-end department store in Anchorage (and Alaska), which doesn’t have a Macy’s or a Bloomingdale’s.

“If retail is a ladder, you’re losing the top rung of your ladder,” said Andrew Halcro, executive director of the Anchorage Community Development Authority.

Nordstrom Rack, which offers lower prices, has a location in Midtown Anchorage. No changes are planned for that store, Nordstrom spokeswoman Emily Sterken said in an email.

Department store chains across the country have been trying to adapt to consumers’ shift to online shopping. In one such effort, the Anchorage Nordstrom launched a service in late 2017 that allowed people to order and pay online and then stop by the store for curbside pickup.

Nordstrom has announced other store closures in the last year, including locations in Virginia, Florida, Rhode Island and, this month, one of its oldest locations in Seattle.

It’s not a surprise that the Anchorage Nordstrom is closing, Halcro said. There have been “rumblings” in the city for a while about that happening, he said. But it was a surprise to him that the closure is coming so soon.

“It is a sign of the changing retail landscape, but I’d also argue it’s really a sign of a struggling economy” in Anchorage, he said.

[Take Alaska’s recession and add the growth of e-commerce. It’s been tough on retail jobs.]

The Anchorage Community Development Authority is one of Nordstrom’s landlords, and the organization had recently pitched ideas to the retailer for places it might relocate to in an effort to get it to stay, Halcro said. Nordstrom wasn’t interested in moving forward with those ideas, he said.

In making decisions about its stores, Nordstrom looks at long-term store performance, real estate agreements and future business needs, the company said in its statement.

“We look at our business market-by-market to understand where we have opportunities to grow while also being as efficient as possible in serving our customers," the statement said.

[From 1989: Customers march to protest closure of Fairbanks Nordstrom store]

Anchorage has lost hundreds of retail jobs in recent years as Alaska has weathered an economic downturn, though economists say that recession appears to be coming to an end.

The Anchorage closure is more symptomatic of national retail trends than of the local economy, said Bill Popp, president of the Anchorage Economic Development Corp.

“I know there are going to be those that are going to feel this loss,” he said. “But what’s going on with brick-and-mortar nationally, we have to expect closures like this every now and then, just like we did last year with Sears and Toys 'R' Us.”

Residents saddened by news of the closure posted hundreds of comments on Facebook. Many were shocked, and some lamented that this marks the “end of an era."

“Guess I have to buy my work clothes in Seattle now,” one person commented. Another said: “I can’t imagine it not being there.”

Decades ago, Nordstrom had another Alaska store, in Fairbanks. In 1989, the company announced it would close that location, and shoppers were so upset they picketed.

Alaska can sometimes be a last stand for national brands that have struggled in the Lower 48 amid the rise of e-commerce. This state was even a holdout for Blockbuster video stores until just last year.

But big-name retail news here can also be a mixed bag. While Sears and Sam’s Club had closures last year, others have recently opened or announced plans to open in Anchorage, including Dave and Buster’s, Guitar Center and a new Carrs Safeway store.

Nordstrom won’t have a closing sale for its downtown store, Sterken said in an email. It will be “business as usual” until it shuts its doors in September.