Nearly out of money, Ambler road project gets cash infusion from state corporation 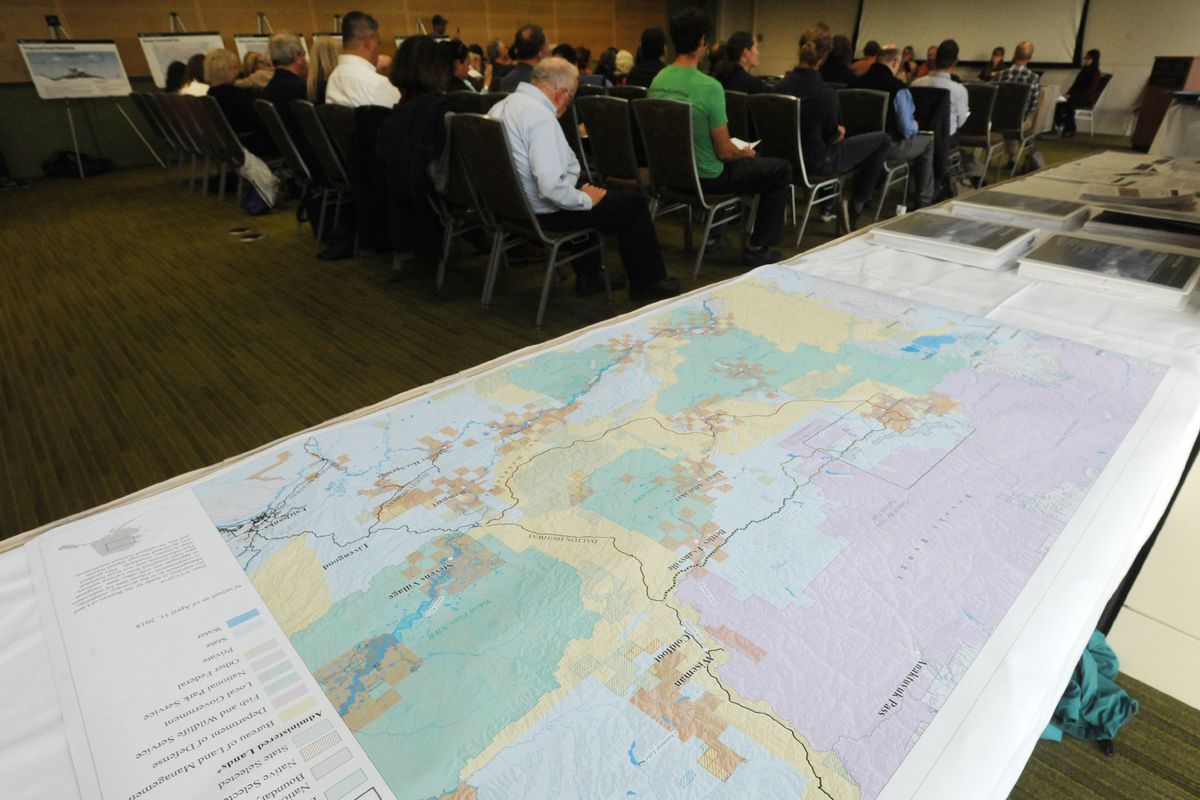 Map of the proposed Ambler road and alternative routes on display during the BLM public meeting at the Dena'ina Center in Anchorage on Sept. 10, 2019. (Bill Roth / ADN)

Map of the proposed Ambler road and alternative routes on display during the BLM public meeting at the Dena'ina Center in Anchorage on Sept. 10, 2019. (Bill Roth / ADN)

The state-owned Alaska Industrial Development and Export Authority has approved more than $700,000 to finish environmental permitting for a 200-mile mining road in Northwest Alaska.

The decision came after project officials revealed they had spent nearly all of the $26.2 million the state has budgeted for the road over the last decade.

AIDEA board members sounded startled by the cost and questioned corporation director Tom Boutin for failing to provide a hard estimate of how much more money will be needed to permit the project.

“We’re all supportive of the project. We’re not supportive of blindly going down the road and not knowing what road we’re on," said board chairman Dana Pruhs.

The project had $32,926 remaining in its accounts as of Oct. 2. Boutin told the board as much as $50 million more may be needed before construction begins, and construction itself may cost as much as $350 million.

AIDEA plans to pay those costs up front and be repaid with tolls levied on the mining companies expected to use the road.

If the road isn’t built, the costs will not be recouped.

Despite their concerns, board members voted unanimously to spend $718,000 more from AIDEA’s accounts to cover costs expected in the near term.

Pruhs said after the meeting that he wasn’t surprised by the costs so far, but the board has several new members who aren’t familiar with the project’s history. He said the board has a fiduciary responsibility to make sure it is spending state money wisely, which is why it emphasized the need for firm projections.

He personally expects the total pre-construction cost to be “north of $100 million when all is said and done."

The Ambler road would stretch from the Dalton Highway through the southern foothills of the Brooks Range to mineral-rich areas in the Northwest Arctic Borough north of Kobuk and east of Ambler, the community that gives the highway its name.

First envisioned as part of a longer road to Nome, the Ambler road became part of former Gov. Sean Parnell’s “Roads to Resources” initiative, which promoted transportation projects to encourage private resource development. That initiative also included a road to the Umiat oil prospect on the North Slope. The state spent $35 million planning that project before abandoning it when the expected private developer withdrew.

Project manager Jeff San Juan told board members that the Alaska Department of Transportation spent $9.2 million on the Ambler road between 2009 and 2013, when AIDEA took over the project. Since then, the state-owned corporation has spent another $17 million approved by the Alaska Legislature.

“We’re just about at the finish line,” Boutin said, but added that finish line is only the federal environmental review.

The Bureau of Land Management is the lead federal agency in charge of permitting the project, and Tuesday is the deadline for public comments on its environmental review.

Until the comment period is over, AIDEA’s next steps aren’t certain. But agency officials said they believe BLM will require them to take additional action to address some comments.

In public hearings held in Anchorage and elsewhere across northern Alaska, residents have said they are concerned about the effects the 211-mile road will have on subsistence hunting and fishing in the region. The $718,000 approved by AIDEA’s board is expected to pay for additional data-gathering and work on subsistence issues.

Beyond those costs, Boutin said he expects $25 million to $50 million will be needed to get the project ready for construction. Pruhs said that money would be spent on such things as geotechnical drilling.

Karsten Rodvik, AIDEA’s communications officer, said by email that the money would come from AIDEA accounts and the sale of bonds, but the state itself would not incur debt, just AIDEA. He added that there is no firm budget for the project beyond BLM’s record of decision.

“Once we have the Record of Decision, we can create a budget that takes us to the next stage in the project,” he wrote.