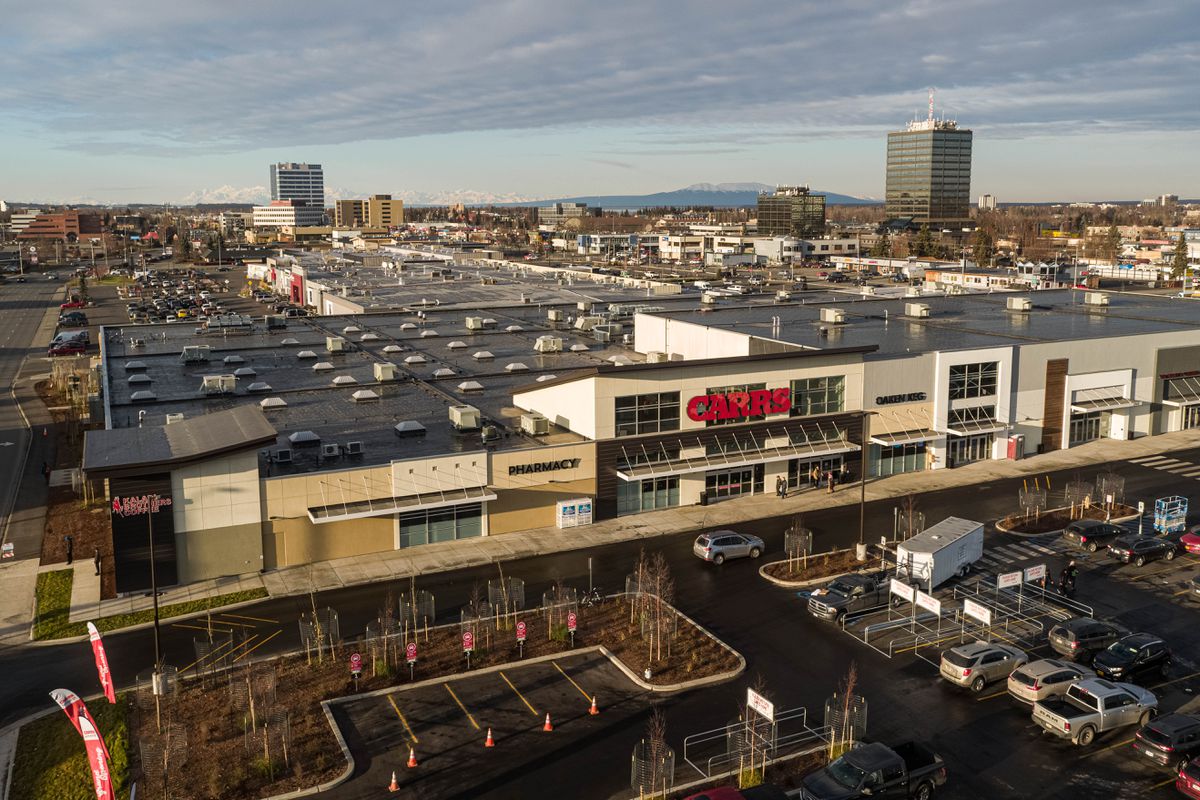 After losing its namesake tenant last year, it seemed like the Anchorage shopping center formerly known as The Mall at Sears had become another victim of the online retail era.

But a new Carrs Safeway opens at 8 a.m. Wednesday, highlighting the revival of the half-century-old complex now called the Midtown Mall.

The 66,000-square-foot supermarket off the Seward Highway — with unique features for the grocery chain such as poke bowls, ramen and wok meals and a Kaladi Brothers coffee bar — is expected to boost mall traffic. After Wednesday, it will be open daily from 5 a.m. to 1 a.m.

The new store is generating excitement for the small, locally owned businesses sandwiched between Carrs and the new Guitar Center on the mall’s east side, and newer tenant REI on the west side, said Amber Musso, marketing director for the mall.

“I feel like it’s all up from here,” Musso said. “We’ve outlived the hard times, and we have brand-new anchors on both sides and a fresh face.”

Visitors to the mall are up 4% over last year, she said.

Musso said times were tough after the closure of the Sears store in 2018, and the shutdown of the previous Carrs in 2015, Musso said.

The mall is still fighting perceptions that it had died, fueled by social media.

“It was hard when Sears closed because we were The Mall at Sears,” Musso said. “Some people thought the entire place was closed.”

“It will be good to see new faces,” she said.

The turnaround at the mall, Alaska’s largest when it opened in January 1968, is a “success story” thanks to a strong mix of national businesses and local retailers, including gift boutiques, a barber shop and health and beauty stores, said Bill Popp, president of the Anchorage Economic Development Corp.

It has bucked the trend of dying malls nationally that has seen brick-and-mortar stores close in the face of increased online shopping, he said.

At least $30 million has been invested in the mall’s revitalization. New York City-based Seritage Growth Properties, one of its owners, says improvements on the Carrs side of the mall exceeded $20 million. The REI remodel cost an additional $10 million.

The store will support 135 full- and part-time jobs, she said. That will help counter 400 retail job losses in Anchorage over the previous year, Popp said.

The grocery store isn’t the only former fixture that will return.

Dan Bale played the authentically bearded Santa Claus at the mall for seven years, posing for pictures with kids. He left in 2015 to work elsewhere as shoppers left.

The mall’s “rejuvenation” helped bring him back, Bale said.

“There’s a variety of things happening there and there’s a lot more people at the mall," he said. “Santa doesn’t want to fall asleep in his chair. When it’s more people and it’s busier, it makes me happier. There’s more people you can have fun with.”