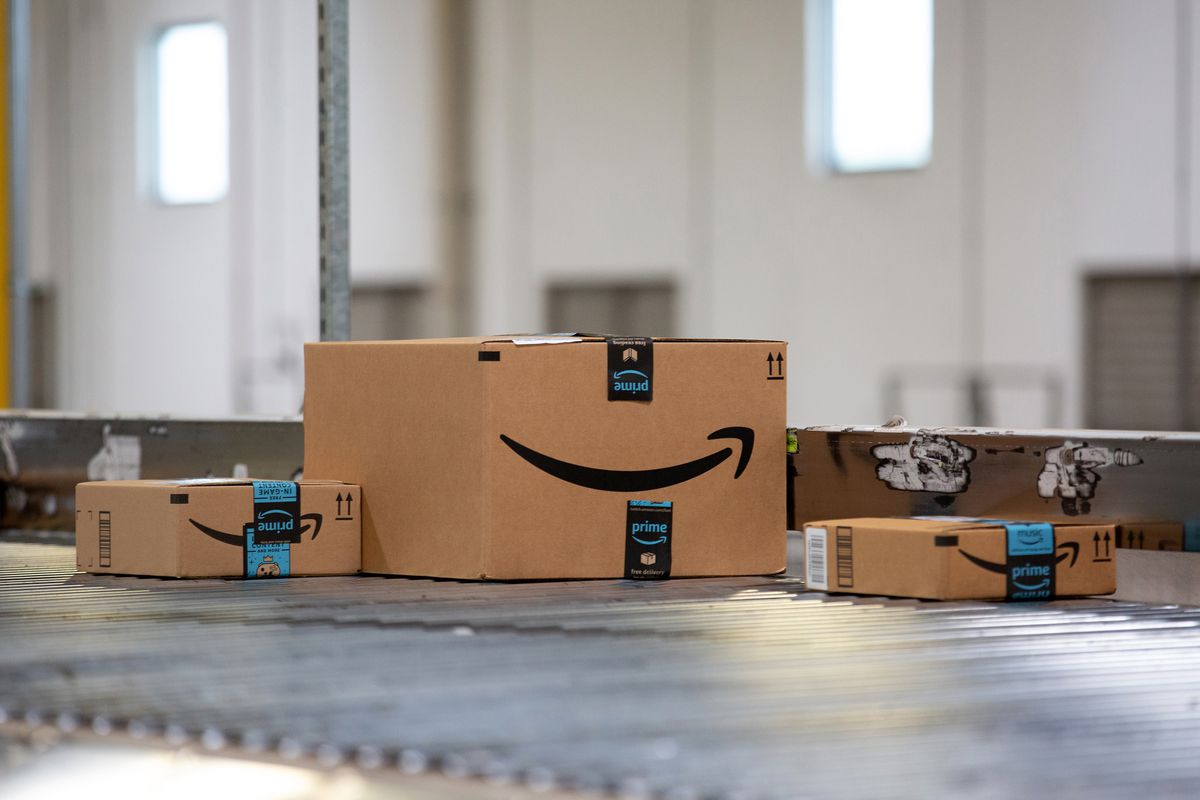 Packages move along a conveyor belt at an Amazon.com fulfillment center. (Bloomberg photo by Bess Adler/File)

Packages move along a conveyor belt at an Amazon.com fulfillment center. (Bloomberg photo by Bess Adler/File)

KETCHIKAN - A group of Alaska municipalities has formed a commission to collect sales taxes from online retailers, officials said.

Ketchikan still needs to sign the agreement to begin collecting online sales taxes, but city officials were waiting for the borough to “take the lead and bring them along,” Ketchikan borough Finance Director Cynna Gubatayao said.

Ketchikan borough attorney Glenn Brown estimated the commission could collect between $400,000 and $1.2 million annually for the borough.

Anchorage and Fairbanks did not sign because they do not collect sales taxes, Gubatayao said.

An Alaska Municipal League report from May 2018 recommended only enforcing tax collection for online businesses selling more than $100,000 of goods per year.

The Alaska commission would be the sole body responsible for collecting municipal sales taxes from online retailers and would remain independent of the municipal league.

Municipal members of the commission would need to ensure their definitions and codes adhere to a model code, but they would not be required to modify their tax rates, officials said.

Other municipalities will still be able to join, but the commission is considering measures to make later signatories’ contributions equitable to those of the original 15 communities.