State and federal aid is starting to arrive for some Alaskans, but not all 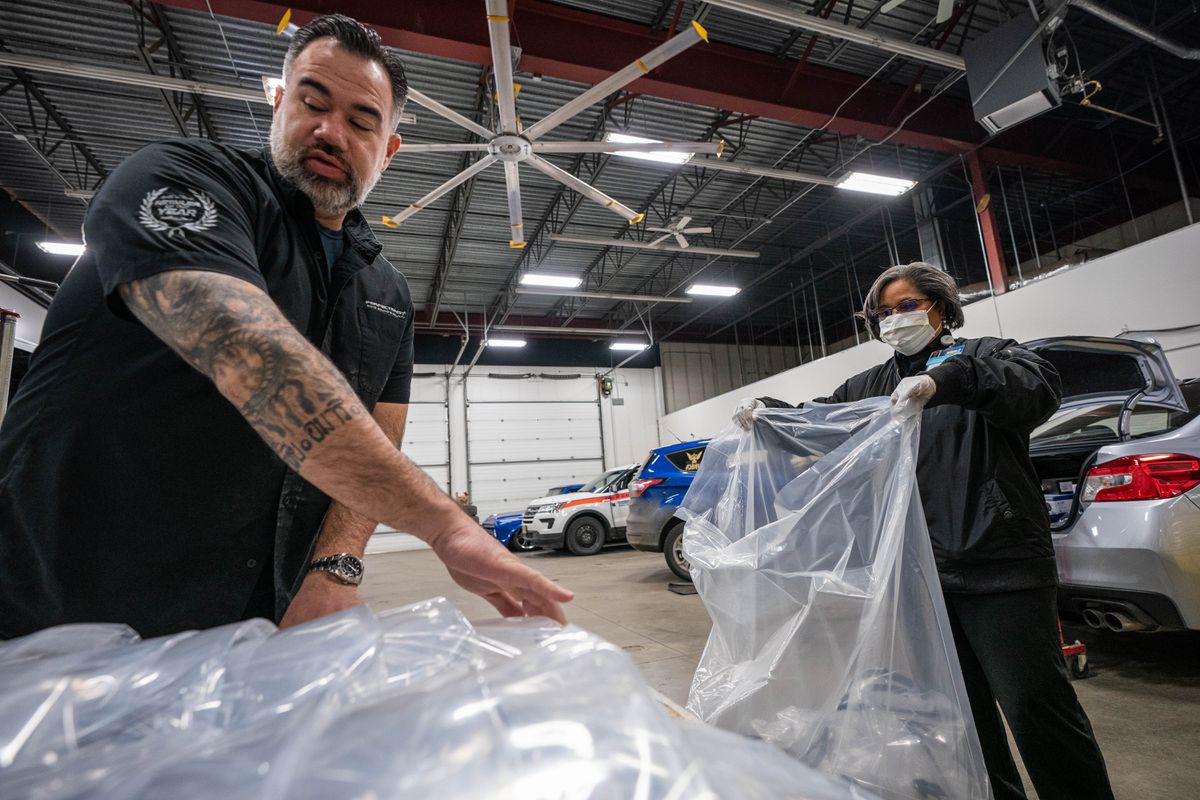 Anchorage business owner John Schwartz is one of the lucky ones.

His car shop quickly received a loan under the new Paycheck Protection Program created by Congress to help small businesses during the coronavirus shutdowns.

The money will help Perfectionist Auto Sound and Security pay bills and keep employees aboard, even if business tightens this summer like he fears.

“I’m just thinking about making sure my employees can take care of their families, because they’re like a family to me,” said Schwartz, who has stayed open as an essential business and uses part of his shop to manufacture face shields for health care workers.

He believes the loan application went smoothly because he applied on the program’s launch date, April 3, had all his paperwork at the ready and chose Denali Federal Credit Union, a small lender, instead of the big banks that were swamped with applications.

“It’s giving me peace of mind,” he said of the loan.

Not everyone has been so fortunate.

The government is handing out record amounts of money to combat the pandemic’s economic fallout, which has tossed millions of Americans out of work in the last month, including more than 48,000 in Alaska.

But the assistance has not come without snafus.

The program to deliver $1,200 stimulus checks to most adult Americans starting this week has had problems, delaying full payment for millions of people.

And on Thursday, the Small Business Administration announced it had stopped taking applications for the new $350 billion Paycheck Protection Program loan and the Economic Injury Disaster Loan after funds quickly dried up due to overwhelming demand.

Sens. Lisa Murkowski and Dan Sullivan said Thursday that Congress needs to replenish the loan programs because families and businesses are victims of an economic crisis outside of their control.

“What we need to do here is get to a spot very quickly where this is reauthorized for significant funding,” Sullivan said of the loan programs in a town hall video conference. “It’s a bipartisan program. In my view it should be above politics. Preferably we should have the Senate back here debating it and voting on it very soon.”

In less than two weeks, the Paycheck Protection Program approved $920 million in Alaska for more than 4,800 loans, the SBA reported on Thursday. The loan, provided through banks, can be forgiven if it’s used for payroll, rent and utilities.

Businesses should keep checking with their lenders to see if they were approved before the funds were depleted, he said.

But not everyone was treated equally by the Paycheck Protection Program, Murkowski said.

Sole proprietors and independent contractors were given only a four-day application window before the funds ran dry, she said. That’s a week less than other small businesses.

“You effectively have a whole sector in your small businesses that weren’t allowed to get into the early application (process),” she said.

Jen Bersch, owner of organic beauty shop Salon DaVinci in Anchorage, said she’s a sole proprietor who, as of Thursday, did not know whether she’d been accepted for a Paycheck Protection Program loan through her lender. Her hair salon has been shut down for more than a month.

“I’m hopeful but I’m not going to hold my breath,” she said in an interview. “I won’t let it hold me back from restarting my business.”

Her husband is also temporarily unemployed after the car dealership where he works closed, she said.

The couple has tapped savings and deferred bills. The state approved him for jobless benefits, but they haven’t arrived, she said.

“We haven’t seen a dime of anything,” she said. “My husband has some money saved and I have money saved, which is going like that. But other than that, it’s touch-and-go every day.”

Mark Dinkel, manager at Grizzly Family Fitness, said the large gym near Wasilla temporarily laid off about 75 employees after it shut down a month ago.

He believes he’s been approved for the Paycheck Protection Program loan through Alaska USA, he said in an interview on Thursday. He’ll be able to cover employee costs for two months and pay bills.

There should be preferences for the hardest-hit businesses, he said, if Congress reauthorizes the program. Gyms, among the first to close amid the mandated shutdowns, have faced greater challenges than essential businesses that have remained open, he said.

“This was money that was thrown like a blanket over all small businesses,” Dinkel said. “But some of the businesses have been affected in a greater way. At my business in particular, we are making zero. So the program should have at least given the most consideration to the businesses that are hurting the most.”

North Iron Engineering has lost some work. But it’s considered essential and has kept operating.

He was uncertain whether he’d get the loan.

“I feel like Alaska USA really cares, but they are really backed up,” he said.

Shepherd has applied for an Economic Injury Disaster Loan, too. He didn’t know if he’d been approved for that, either.

The SBA originally touted a loan advance up to $10,000 from that program.

But the agency later announced limitations that meant Shepherd could only receive $2,000 — $1,000 each for his two employees.

The uncertainty over the loans makes it hard to plan, he said.

“Being stuck in a holding pattern and not knowing how to move forward is the most frustrating thing,” he said.

The agency had initially promised the disaster-loan grants in three days, as Congress intended.

Murkowski acknowledged the program hasn’t met that goal, but she said it was important to set a high bar.

“By having a deadline that we all admitted was aggressive, it pushes them to say all right, this is where we have to prioritize,” she said during a community briefing with Anchorage Mayor Ethan Berkowitz on Monday.

The goal, Murkowski said, is getting help to Alaskans as quickly as possible.