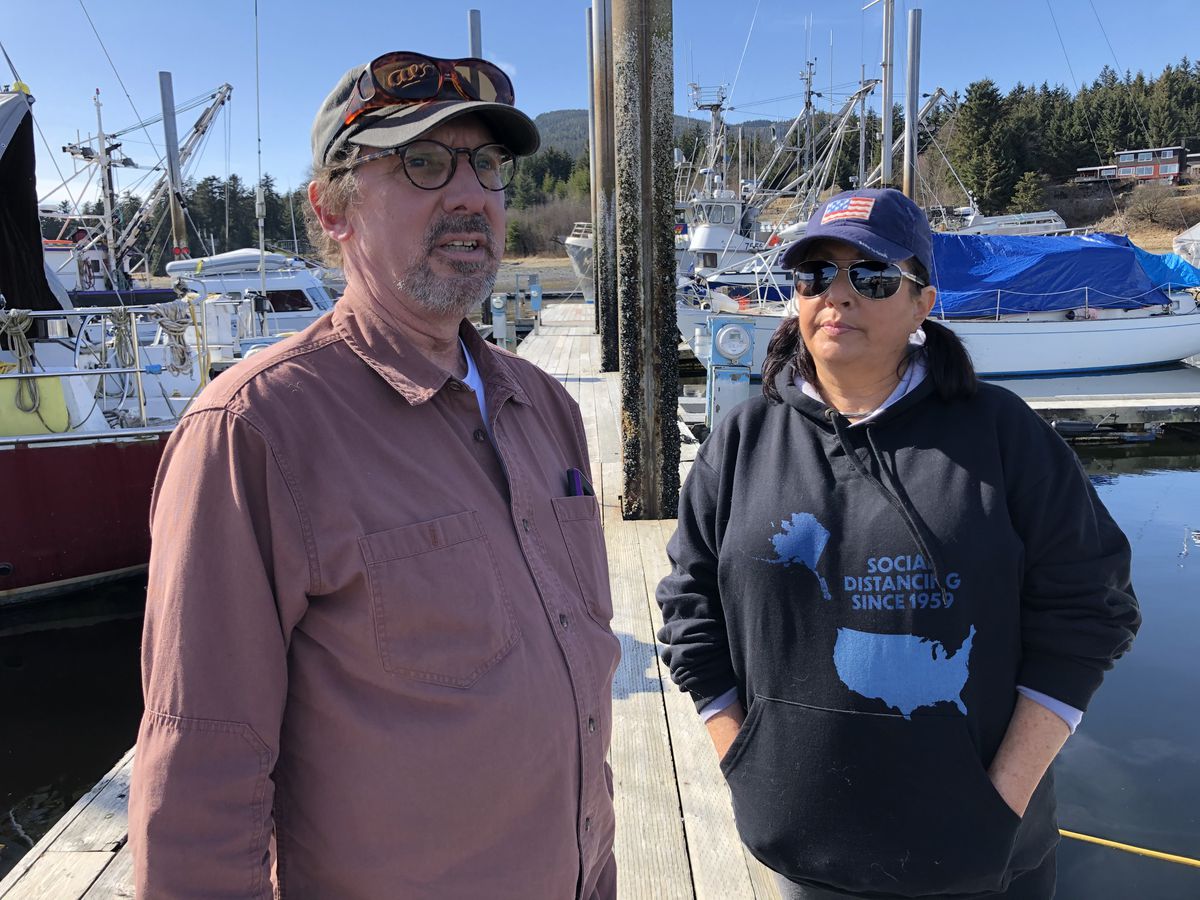 JUNEAU — When she lost her job last year, Stacy Smith saw an opportunity to restart her life.

She and her husband Dale took their life’s savings and bought two boats, licenses and equipment perfect for starting a new whale-watching and boat-charter business. With the state capital expecting nearly a million and a half tourists in 2020, most by cruise ship, “it was, barring some freak natural disaster, a sure thing," she said.

They stuck with their plan through personal tragedy. Stacy’s mother died in January. Dale was diagnosed with terminal cancer. Then came coronavirus.

This week, the world’s largest cruise-ship companies confirmed they will not sail to Alaska, at least through July 1. It’s an open question whether any cruise ships will arrive at all this year.

The Smiths don’t know what to do. Dale is expecting medical bills. They have no income prospects. A federal small-business loan program has run out of money, and they’re not eligible anyway because they don’t have a payroll history.

Even if they did qualify, Dale said, that would only help for a few months. In Southeast Alaska, tourism-related businesses like theirs will need a year’s worth of help because they make their money during the summer.

“This is a cluster,” Stacy said, holding back an expletive, “and it’s not just us.”

From Metlakatla in the south to Skagway in the north, an entire region of Alaska may lose what amounts to an entire year’s worth of work for its most valuable private industry.

The tourist industry directly employs more than 8,000 people in Southeast Alaska, or 18% of all workers in the region.

“In Southeast Alaska, we call summer the working season,” said Meilani Schijvens, who has been studying the region’s economy professionally for 20 years.

“People work like crazy to support themselves for the entire year,” she said.

Three weeks ago, a survey of 272 Southeast Alaska businesses found a third had shut down, and collectively the businesses had laid off or furloughed more than 1,000 workers, slightly less than a fifth of their staff.

Conditions have gotten worse since then, Schijvens said.

“It’s like watching a best friend in the ICU,” she said of current conditions.

Most ships travel a handful of routes. The typical voyage starts in Seattle or Vancouver, then stops in Ketchikan, Juneau, Skagway and Glacier Bay. Some venture beyond, stopping in Sitka, Hoonah, or traveling across the Gulf of Alaska to Seward.

In Skagway, Jan Wrentmore owns and operates the Red Onion Saloon, a bar and restaurant designed to look like the brothel it was in the 1890s. Each year, she hires young women and dresses them in 19th-century costumes. She’s been doing it since the 1980s.

“Honestly, I would be very surprised if any ships come here,” she said.

“As a restaurant owner and bar owner, I can’t imagine how I could open my bar and keep my employees safe. I can’t envision that — maybe there’s a way — but I can’t,” she said.

One of Skagway’s newest businesses is Skagway Spirits, a distillery that opened in 2017. Owner Janilyn Hager said she’s switched to making liquid disinfectant: There’s no market for her usual product.

Businesses in Juneau are seeing that domino effect too. As a side job, Dale Smith sharpens knives for Gourmet Alaska, a kitchen-supply store. Smith hasn’t seen a knife since February, he said.

Gourmet Alaska’s owner, Craig Crandall, said he’s been doing the knives himself because there have been so few.

“A lot of restaurants would bring their knives to have them done. Charter boats too. They’d need their fillet knives this time of year. We’re certainly not seeing any of that,” he said.

Crandall, who bought the business about three years ago after working there for 15 years, said tourism and the cruise industry account for about 5-10% of his business directly. He’s not sure how much he’ll lose from indirect effects as local workers, out of a job, cut back on spending.

The president of Juneau’s downtown business association is Midgi Moore, an energetic woman who drives around town in a lemon-yellow Mini Cooper when she’s not riding a motorcycle or serving as “chief eating officer” of her business, Juneau Food Tours.

“You’ve got to keep your sense of humor, or you’ll cry,” she said.

Even with a sense of humor, Moore cried when she learned of the first cruise-ship cancellations last month.

“This was going to be my banner year. My sales were up over 200%. Now they’re zero — actually, they’re negative, because people are asking for refunds,” she said.

She’s looking for loans to cover the cost of refunds and preparing to give up her working office. She’s laid off 10 employees. Her husband, Grant Moore, runs a fishing charter business and has laid off 19.

She, like the Smiths and other business owners, is coming up with alternative plans. She’s now selling $75 sampler packs of Alaska-made food, wrapping them in the orange tote bags she’d normally distribute to tour groups.

The Smiths say their plan is to switch gears and advertise to independent travelers, people who don’t arrive in Southeast Alaska by cruise ship, and continue to look for assistance.

Asked about aid to tourism businesses, Gov. Mike Dunleavy said Friday that it’s in the works.

“We’re working through that. Hopefully we’ll have better information going into next week,” he said. “We’re trying to figure out better ways to help that industry as we are across all sectors.”

Correction: The last name of Meilani Schijvens was misspelled in the first version of this article.