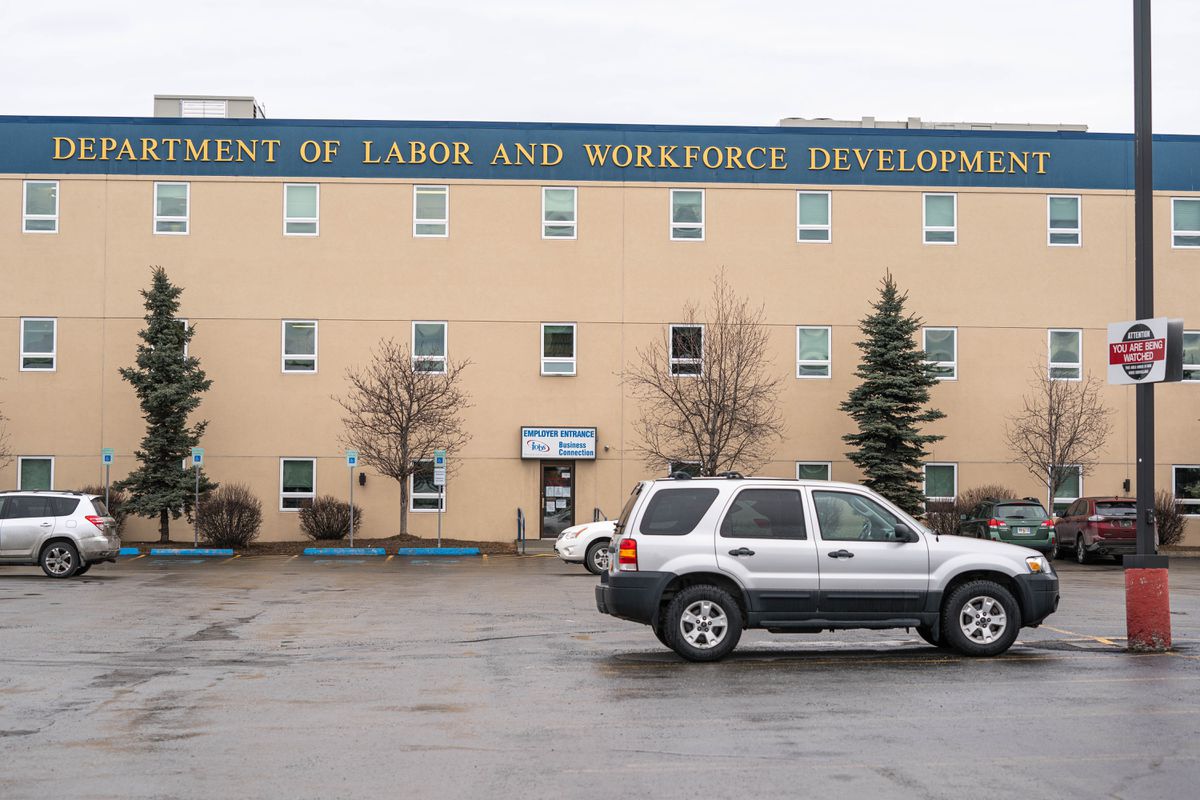 As the effects of the COVID-19 shutdown took hold, close to 50,000 people received unemployment checks in Alaska last month — almost double the number of beneficiaries in all of 2019.

The numbers paint a “stark” portrait of job loss after the pandemic forced businesses statewide to shut down in mid-March, said Lennon Weller, an economist with the Alaska Department of Labor and Workforce Development.

“This is hopefully the vast majority of job losses," Weller said. “But it’s going to be a tough summer.”

It’s not the complete picture of unemployment in Alaska, Weller said.

The beneficiaries represent those who filed claims that were accepted and paid. About 20,000 self-employed workers, a class allowed to sign up only in recent weeks, are not reflected in the April payments, he said.

[Many Anchorage businesses fearful of going under during COVID-19 economic crash, survey shows]

“We’re potentially looking at as many as 70,000 people (in May) when you include those,” he said.

The unemployment payments in April totaled $126 million. The federal government paid most of that money, after Congress boosted benefits by $600 weekly, atop the state’s traditional average payments of about $250.

The state’s unemployment insurance trust fund, used to make the payments, contained $467 million last week. That’s down from about $500 million before the pandemic, Weller said.

The number of recipients in April was up sharply from previous months. In all of 2019, as Alaska recovered from a recession, 28,781 people received unemployment benefits.

Workers at food service and drinking establishments represented the largest chunk of beneficiaries in April, at 6,408, about one-third of the workforce in that sector.

They were followed by retail, health care and construction, each losing at least 5,000 jobs.

In the high-paid oil and gas sector, hit with low oil prices and rig shutdowns, 1,903 people received benefits, close to 20% of that workforce.

That compares to 267 individuals in that sector in March.

The massive layoffs suggest it will be particularly challenging for some industries trying to recover, Weller said.

"It’s tough to recognize that behind all this data are that many individuals,” Weller said.