Many unemployed Alaskans are struggling despite a surge of government aid 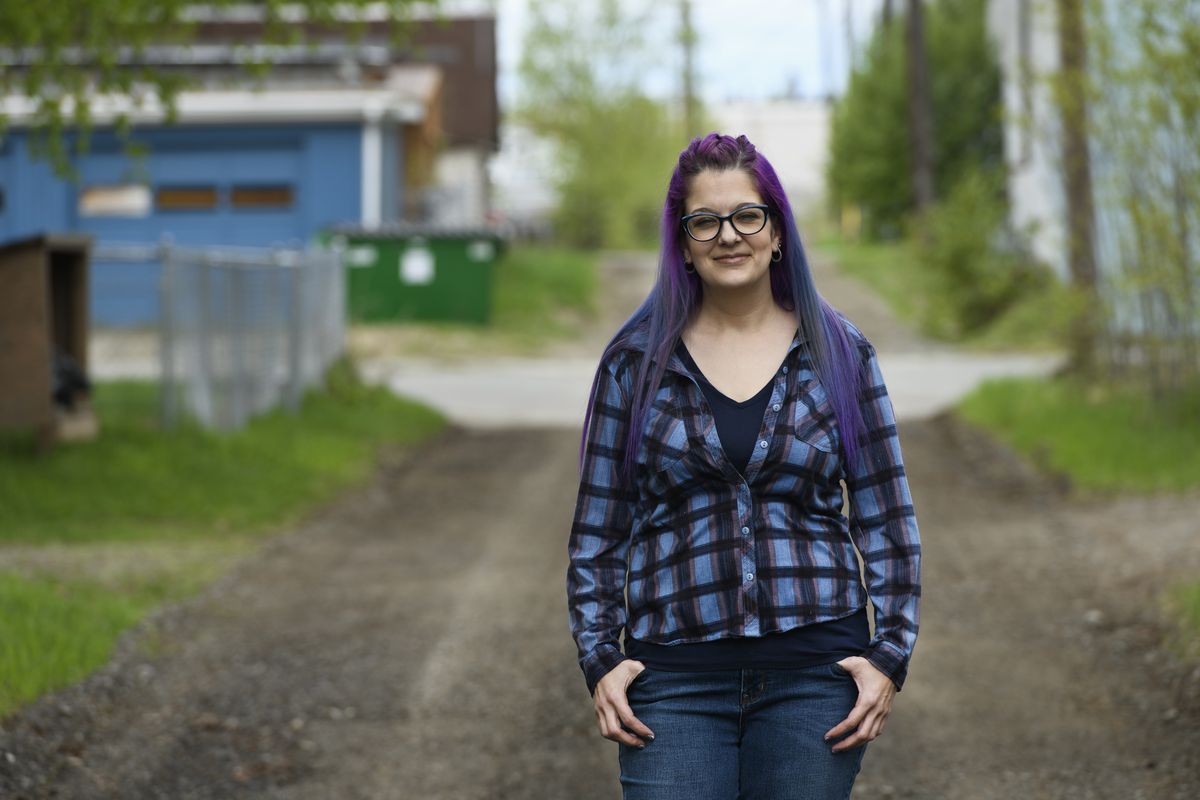 Andrea Correa said she plans to leave the state due to employment challenges. Photographed on May 21, 2020. (Marc Lester / ADN)

Andrea Correa said she plans to leave the state due to employment challenges. Photographed on May 21, 2020. (Marc Lester / ADN)

The small tourism gig that Jason Anderson planned to start this summer will have to wait.

They are among some 50,000 other Alaskans, or more, who lost work in the last two months during the COVID-19 pandemic — about 15% of the workforce.

They also represent the uneven struggles Alaskans are facing despite a surge in state and federal aid.

Correa is trying to resume unemployment checks after losing them when the state determined she no longer qualifies, which she disputes. Anderson is part of the gig worker sector that’s newly eligible for unemployment insurance benefits. And Taylor hasn’t even applied for benefits, so he isn’t counted in any of the numbers.

Many Alaskans are returning to their jobs this week after the state and the Municipality of Anchorage lifted most pandemic-related restrictions on businesses.

But not everyone will recover easily.

While the state and federal government have raced to deliver aid, some people face tough choices between rent and basic needs, said Nolan Klouda, head of the Center for Economic Development at the University of Alaska Anchorage.

“This is definitely forcing some real household anguish,” Klouda said.

The state, with federal enhancements, has paid $250 million in jobless benefits in seven weeks, said Cathy Munoz, deputy commissioner of the Alaska Department of Labor and Workforce Development.

Just over 103,000 Alaskans have filed initial jobless claims over 10 weeks through May 16, numbers that are well above normal.

“Our call centers continue to experience a very high volume of calls,” Munoz said by email.

The help hasn’t been enough for substitute teacher Correa, who is struggling to restart jobless benefits she believes were cut off by mistake.

Correa, 43, said she lost full-time work when the Anchorage School District closed schools 11 weeks ago in response to the pandemic. She came to Alaska a year earlier, planning to earn teaching credentials to work here.

Now she has decided to move to Illinois to be near family and friends. At least she’ll have a place to stay, she said.

Correa briefly landed a job at Walmart after schools closed. But the store unexpectedly tasked her with duties that caused her fibromyalgia, a neurological disorder, to flare up painfully in her hands and back, she said.

"I said, ‘I can’t do this job in this department,’” she said. She said she asked for other tasks. But Walmart let her go after a week, she said.

She began receiving weekly state unemployment benefits, covering her rent and bills and allowing her to start shipping belongings out of state, she said.

But those benefits ended after a few weeks, when Walmart incorrectly reported that she left her job voluntarily, she said. (A Walmart official said the store would research the issue and did not provide a comment for this story.)

Correa said Tuesday that she’s been reapplying with the state to resume benefits. She hasn’t succeeded.

Munoz said people who voluntarily leave employment “without good cause” are ineligible for the benefits for six weeks. “Good cause is determined on a case by case basis," she said.

Correa, down to $11 last week, began selling household items on Facebook Marketplace to bring in cash, including her bed.

She’s mixing ramen noodles with leftover sauces to eat. She doesn’t know how long the food will last.

“Panic is starting to set in,” she said.

Others face different challenges. Only in recent weeks have some 20,000 self-employed Alaska workers become eligible to sign up for jobless benefits thanks to a federal relief package, well after other Alaskans could apply.

That includes Uber and Lyft driver Jason Anderson. He had planned to launch a summer business giving private tours down the Seward Highway this summer. That’s dead for now, he said.

“At this point, it seems like this COVID thing is not going away for a while,” he said.

Ride-hailing work dried up in March, he said. Anderson faces respiratory complications like asthma, putting him in danger of serious complications if he catches the disease.

“I haven’t done any driving since the pandemic started in March,” said Anderson, 39. “I made a personal decision that it was not worth the risk to put my life or my family’s life in danger.”

Anderson said his expenses are low, so he’ll survive. But he’s counting on unemployment benefits to recover.

Since earlier this month, the state has issued $24 million in jobless payments to self-employed people, Munoz said Friday. Applications are processed when the state verifies a person’s 2019 income, she said.

A claims officer recently told Anderson his application is accepted and the information is correctly filled out, Anderson said Tuesday.

But he hasn’t received a check yet.

“They had no answer for when I’ll get paid,” Anderson said. “It makes planning difficult. I won’t know if I’ll have another month without it.”

Some people have opted not to sign up for benefits at all.

That includes Michael Taylor of Wasilla, a 65-year-old karate instructor. He was having a great year until the dance studio where he leases space shut down in March.

“My income went from a modest couple thousand dollars a month to zero," said Taylor. “That was the last I seen of it.”

He quickly gave up trying to get state unemployment checks because of the paperwork hassle, he said. He also felt bad about going on unemployment.

But his wife gets a small retirement check, and he received the $1,200 federal stimulus check.

The couple has paid some bills and deferred others. But they’ll face big payments soon when the deferrals end, such as a fast-growing credit card bill.

“It’s been real tight,” he said. “I love my job and I’ve been doing it my whole life, but you don’t plan for a pandemic.”

At any rate, his busy season won’t get going until school resumes in the fall. Clients, some wary of catching the virus, may not return quickly, he said.

“It will be a hard uphill slog for the next six months, trying to make up what I lost,” he said.