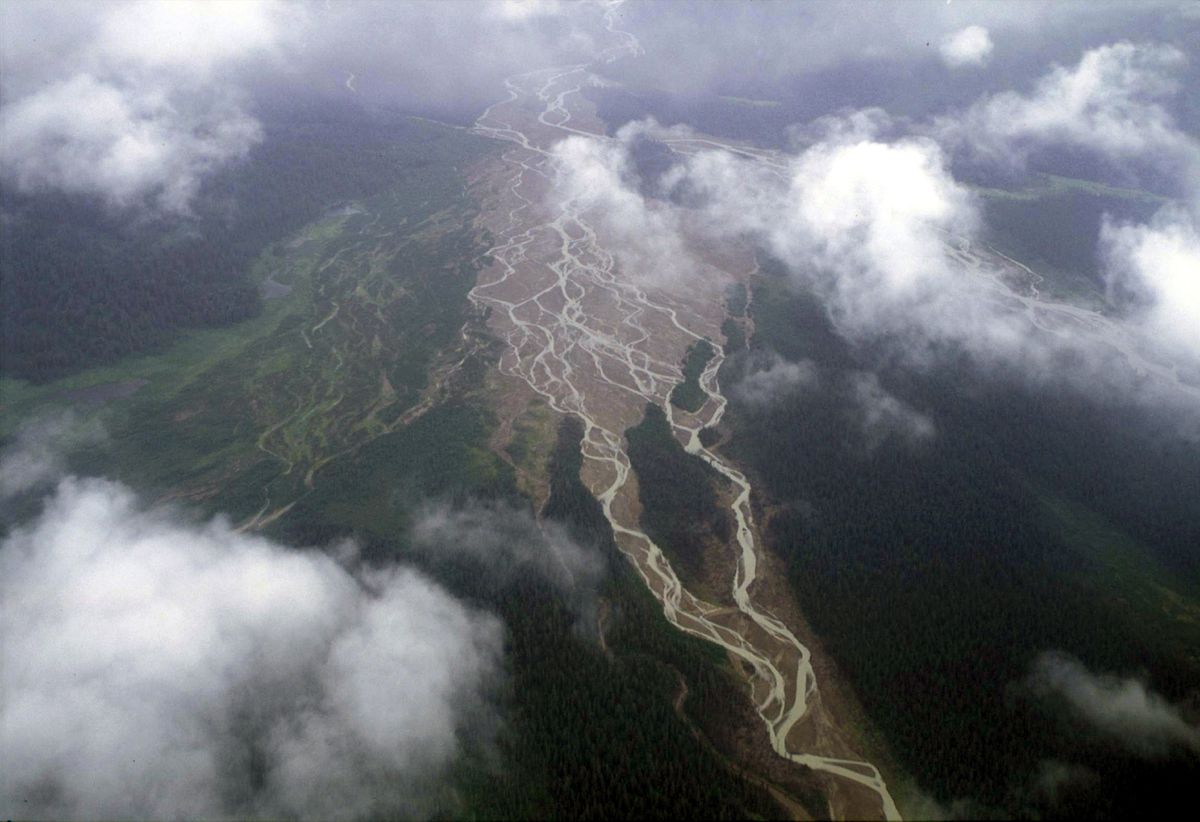 Drilling is back to a remote gold prospect inside Lake Clark National Park after it largely sat dormant for more than two decades.

Vancouver-based HighGold Mining commenced its summer drill program at the Johnson Tract prospect on the west side of Cook Inlet June 30, according to a company statement.

HighGold CEO Darwin Green said a small amount of drilling done late last summer combined with historical records formed the basis for this year’s work. The company announced in late April that it had formed a preliminary resource estimate of 2.1 million metric tons of ore with an average grade of 10.9 grams of gold equivalent per metric tonne for a resource of approximately 750,000 ounces of gold equivalent.

The multi-metal deposit is about 10 miles from tidewater near Tuxedni Bay, about 125 miles southwest of Anchorage.

HighGold’s work in 2019 generated numerous quality drill targets within an 800-meter radius of the high-grade (Johnson Tract) deposit mineral resource, several of which will be drilled for the first time this year,” Green said. “Focus is on expanding the mineral resource base and discovering new zones of mineralization, with early emphasis given to the northeast offset target where limited drilling by previous operators identified what is believed to be the fault-displaced continuation of the deposit. Crews are on-site, COVID-19 mitigation plans are in place, and drills are in position and ready to commence coring.”

While primarily a gold deposit, Johnson Tract also contains significant amounts of silver and zinc along with smaller concentrations of copper and lead, according to the NI43-101 resource estimate.

HighGold also announced July 6 that it would issue more than 6.9 million shares for a total offering of approximately $12 million Canadian to help fund its work.

Anaconda mining company drilled 88 holes at Johnson totaling more than 26,800 meters between 1982 and 1995. The prior drilling revealed gold resources in excess of 10 grams per metric ton in many areas, as well as high-grade zinc and copper ore, according to HighGold.

The first phase of drilling this year will utilize two diamond drill rigs on five targets around the primary Johnson deposit for cumulative drilling of 7,000 to 10,000 meters, according to HighGold.

The preliminary results of that work will inform subsequent drilling later in the season.

HighGold is a spin-out of Constantine, which is also exploring the Palmer copper prospect in the Chilkat River valley north of Haines.

If the decision is made in subsequent years to ultimately build a mine — currently envisioned as an underground operation — CIRI could obtain a 25 percent interest in the project at that time, according to HighGold. The Alaska Native regional corporation would also receive net smelter royalties of 2 percent to 4 percent if a mine is developed. The mine would require an access road to a port, both of which would need to be built. The CIRI leases also come with access easement rights and the site has an airstrip built for the earlier exploration work, according to the company.