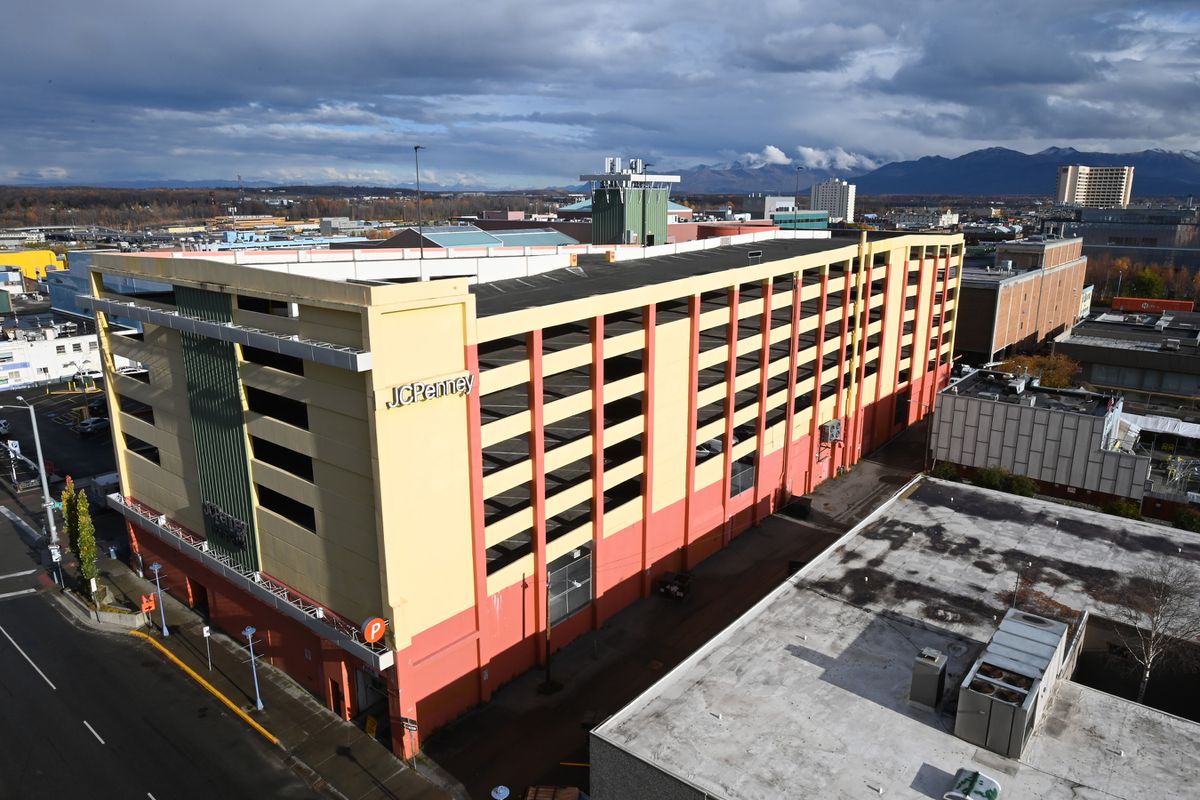 The Anchorage Community Development Authority said Monday it has signed an agreement to purchase the J.C. Penney parking garage in downtown Anchorage, as well as J.C. Penney’s majority stake in the nearby building formerly occupied by the Nordstrom store, for $3.2 million.

The agreements involve the authority, J.C. Penney Co. and J.C. Penney’s bankruptcy trustees, according to a statement from the authority, an agency of the municipality which oversees the EasyPark parking program.

When the deal closes, the agency will own most of two prime city blocks on Sixth Avenue between C and E streets, with quick access to the J.C. Penney store and the Fifth Avenue Mall, said Andrew Halcro, the authority’s executive director.

A redevelopment in the heart of downtown could reshape the area as the local economy recovers from the pandemic-driven economic slump in the coming years, he said.

“This project will be able to redefine the core of downtown for the next 50 years,” Halcro said.

The authority hopes to create a private-public partnership for the development of the garage and building, he said.

The aging seven-floor garage, with about 100,000 square feet of parking and old retail space, will need to be leveled, Halcro said. The 100,000-square-foot former Nordstrom building, with its lack of windows and entrances, could also face the same fate, he said.

Apartments downtown would support increased shopping and dining in the area, Halcro said.

The J.C. Penney chain has announced the closure of many of its stores nationally this year, after filing for bankruptcy in May. But it has kept its Anchorage store open, which first opened in the 1960s.

The Nordstrom store closed last year after more than 40 years in operation, a victim of changing retail habits driven by an increase in e-commerce.

The Anchorage authority has been in talks with J.C. Penney for three years to buy the garage, where the agency operates parking that generates about $400,000 annually, Halcro said. The closure of the Nordstrom store added to the opportunity.

The purchases are a “steal,” Halcro said.

J.C. Penney had originally offered to sell the garage, built in 1970, for $7.5 million, he said. A municipal appraisal this year — which can fall below market value — came in at $5.4 million.

The agency also paid less for the stake in the Nordstrom building than its privately appraised value, though by a relatively small amount, Halcro said.

The agreement will give the agency 80% control of the Nordstrom property, with the building reverting into the hands of the landowners when Nordstrom’s lease ends, Halcro said. The rest of the land is owned by the Harry Daum Trust, a shopping mall developer out of Idaho that constructed the building.

Nordstrom is scheduled to pay the landowners rent for another four years, but that could end sooner if the authority and the trust, and potential partners, pursue a development deal earlier, Halcro said.

“This is an important step to redevelop two key blocks in the downtown core,” said Bill Popp, head of the Anchorage Economic Development Corp.

Popp said his group is increasingly hearing from investors in Alaska and Outside who are shopping for deals as the pandemic reshapes the economy.

They might take an interest in a partnership with the authority, he said.

“Having a partner like ACDA can help with redevelop costs,” Popp said.

A modern development on the site may not happen immediately, Halcro said. After the deal closes, the authority can assess demolition costs and potential project ideas and costs.

“This is setting the table for future mayors to move this project forward,” he said.

The authority is also working on another private-public development nearby, to create a boutique hotel and apartment building along Sixth Avenue between G and H streets.

That proposal is still in the works with local developers looking to continue it after David Irwin and Irwin Development Group in Washington state left the project, Halcro said.