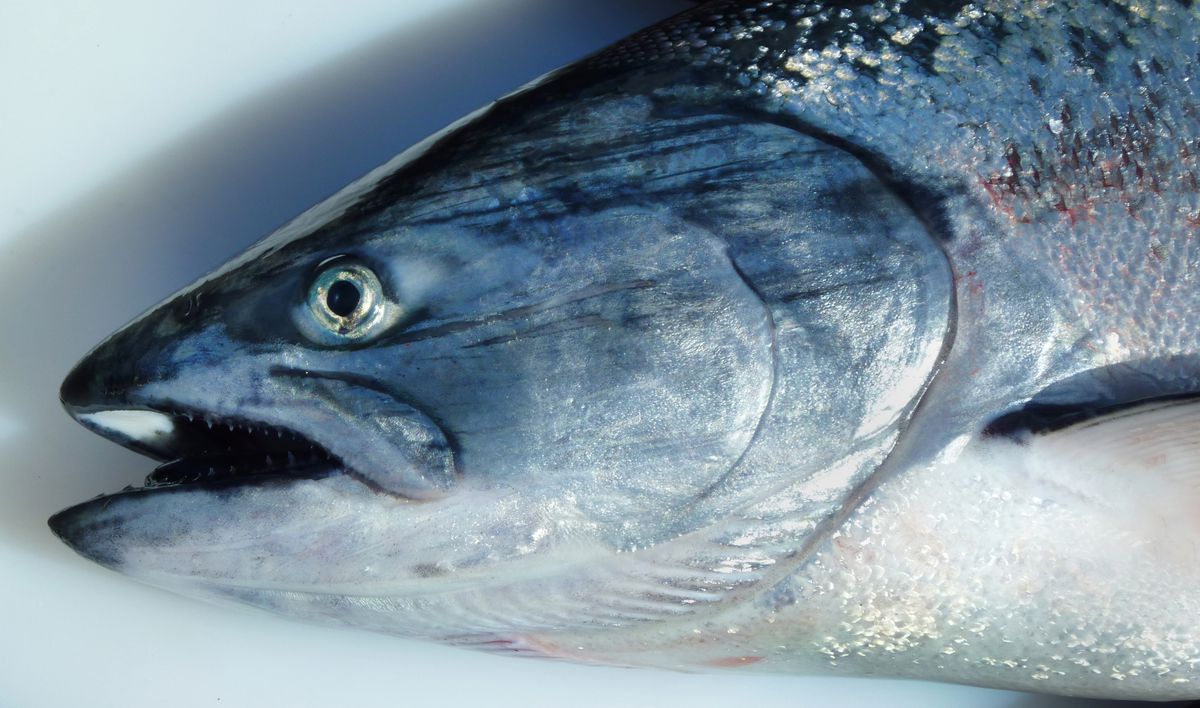 Seafood sales “are on fire” in America’s supermarkets and one king salmon from Southeast Alaska is worth the same as two barrels of oil.

Those are some takeaways from a National Fisheries Institute Global Marketing Conference hosted online by SeafoodSource News.

IRI, a world leader in market data, said overall sales at in-store fresh seafood counters jumped 28% to $871 million, led by salmon with a 19% increase to $2.2 billion.

Frozen seafood had the biggest sales gains, up 35% to $7 billion. Frozen raw shrimp was the biggest winner in the frozen category with sales surging by 48%.

Despite the dizzying sales heights, the market experts pointed to some potential headwinds.

Baby boomers were the biggest buyers of on-the-shelf seafood and there is a need to engage with younger consumers, they said. And frozen seafood sales skewed toward wealthier households with annual incomes above $100,000, pointing out a need to attract lower-income seafood buyers.

Growth across all seafood sales categories is expected to continue this year, but “the industry shouldn’t rest on its laurels,” IRI Senior Vice President Chris DuBois told SeafoodNews.

As COVID vaccinations increase, more Americans will go out to eat, and frozen sales – the biggest gains from stay at home and hunker-down orders – could decline.

Online “e-commerce” seafood sales, however, are projected to be reflect double-digits.

Call for crew - The call is out for trainees who want to learn the fishing life firsthand.

It is the fourth year that the Alaska Longline Fishermen’s Association in Sitka has hosted the program, which has drawn over 120 applicants each year. The crew training is one way ALFA is attracting younger entrants into an industry where the average Alaska fisherman’s age is over 50.

So far it’s brought aboard nearly 35 new crewmen on deck by more than 25 skippers; 64 more have gotten advance on-shore training.

“We provide an opportunity for young folks to either do a short term experience or long term,” said Natalie Sattler, program and communications director for ALFA and its Alaska Sustainable Fisheries Trust. “Traditionally, a lot of our apprentices or crew member trainers are on longliners and trollers, but we do offer a shorter term experience, maybe on a gillnetter or a seiner for a day or even a week to just see how that goes. And last year, we had a couple of recent high school graduates who went out on a tender for the season.”

Funding for the program comes from the National Fish and Wildlife Foundation and Alaska Community Foundation Workforce Development, Sattler said. And while it attracts interest in the U.S. and globally, a priority is recruiting young Alaskans, especially from rural regions.

“I’ve been speaking with folks in Bristol Bay who want to start something up, and we’ve shared our resources with Sea Grant. As part of our funding and grants a requirement is to try to get it going in other communities as well,” she added.

Many new crew return to fish with the same skippers. One is troller Eric Jordan who spearheaded the training program on his own in 2015. He has so far mentored over 50 young fishermen aboard his troller, the I Gotta, and says the future depends on them learning the right ways to care for the fisheries and the fish.

“Finding crew with some experience who love fishing in Alaska is so critical to the future of our individual businesses in the industry as a whole. One of the things this program provides is the taste of it,” Jordan said. “Deckhands know they like it, and skippers can recommend them for future employment. It is a win-win for the crew members and the skippers.”

Training in grant writing and fishing policy and management also is offered, and 30 apprentices have contributed to the process so far through written or oral testimony.

The new deckhands are paid for their work. The minimum age is 18 and the deadline to apply is March 1. (www.alfafish.org)

In the Bering Sea and Gulf of Alaska, boats are pulling in pollock, cod, flounders and other groundfish.

Over 3 billion pounds of pollock will come out of the Bering Sea this year, and another 250 million pounds from the Gulf.

Many Alaska crab fisheries are underway or soon to be.

Bering Sea crabbers have taken about 17% of their 40.5 million-pound snow crab harvest, and 30% of a Tanner harvest of just over 2 million pounds. The golden king crab the catch was nearing 5 million pounds out of a 6 million pound catch quota.

A red king crab opened in Norton Sound on February 1. No buyers mean the crab will be sold to eager locals.

A Tanner crab fishery also will open at Prince William Sound for one month by special permit starting on March 1.

Southeast Alaska’s Tanner and golden king crab fisheries open on February 17. A million pounds or more could come out of the Tanner fishery from 75 crabbers. For goldens, 14 crabbers are expected to drop pots for a 76,500 pound limit.

Also at the Panhandle, fishing continues for black rockfish and ling cod.

About 150 divers are finishing up a 1.7 million-pound sea cucumber harvest and 50 more are still going down for over half a million pounds of geoduck clams.

The Pacific halibut season starts on March 6 and runs through December 7.

Water watch – The state of Alaska wants to change the rules that regulate water in salmon streams.

A January 15 letter to Alaskans from the Dept. of Natural Resources advises that it is proposing “to revise its water management regulations regarding the appropriation and use of water.” The letter explains why the changes are needed and invites Alaskans to comment.

Specifically, the Division of Mining, Land and Water (DMLW) is proposing to revise regulations relating to the closure of water right applications, the contents of instream flow reservation applications, the issuance of certificates and the review of such flows, the procedures for temporary water use, public notices and hearings on critical water management areas, and definitions.

The proposed regulations are “intended to provide clarity and consistency in DMLW’s Water Section processes,” the letter to Alaskans said.

The public can comment on the water changes by February 26.

Find the “Notice of Proposed Changes on Water in the Regulations of the Department of Natural Resources” at the Alaska Online Public Notice System and on DMLW’s news website at: https://dnr.alaska.gov/mlw/news/.

Comments can be emailed to Brandon McCutcheon, Division of Mining, Land and Water at dnr.water.regulation@alaska.gov/.