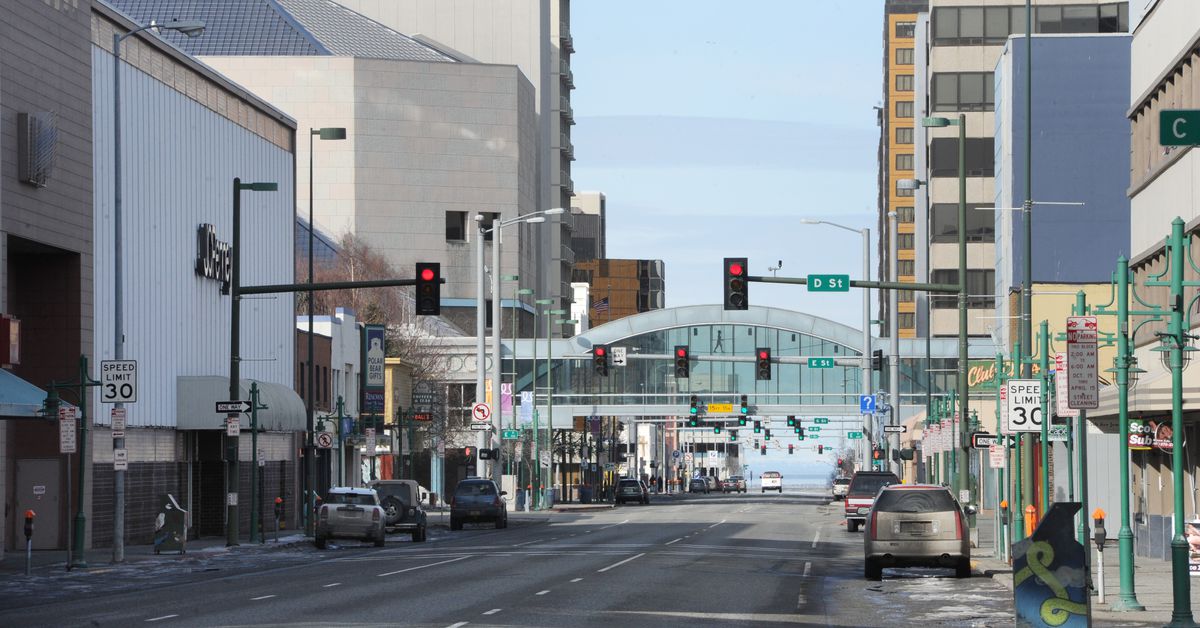 Alaska’s economy isn’t getting worse, but it could be a long way from substantial improvement.

Many of the indicators showing improvements in recent months are more tied to the normal seasonality of the state’s economy and less about a recovery from the forces of the pandemic, said Mouhcine Guettabi, an economist with the University of Alaska Anchorage Institute for Social and Economic Research.

“Our losses ballooned over the summer and then shrunk back down in fall and the winter. That doesn’t mean things are getting better; it just means that we’re losing, or had, fewer jobs in the economy,” Guettabi told a virtual audience during a presentation hosted April 9 by the Alaska policy think-tank Commonwealth North.

“I’ll summarize with a very technical term and say the labor market is incredibly ugly and really there are no great signs of an organic recovery or things getting back to normal.

“That’s kind of the worrisome part.”

According to the latest data available from the state Labor Department, Alaska remained down 22,300 jobs in February, or about 7% fewer wage and salary jobs than at the start of the pandemic.

The situation is worse when looking strictly at the private sector, which had shrunk by 8.6% year-over-year as of February. The oil industry has been hardest hit, having lost 3,900 jobs — nearly 40% — over the past year.

Alaska’s job losses peaked in June when there were roughly 47,000 fewer jobs than a year prior.

The state added 7,000 jobs in February, according to preliminary data from the Labor Department, which is very consistent with a longstanding trend of job growth to start the year.

Alaska’s gross product, or GDP, also fell by approximately $4.1 billion, or 7.5%, to $50.2 billion last year, according to figures from the Federal Reserve Bank of St. Louis.

“We are nowhere near a return to normalcy,” Guettabi said of Alaska’s unemployment numbers, later adding “It’s important to remember the economy was not humming before this.”

State Labor economist Neal Fried also said in an interview that some economists are predicting the Lower 48 economy will “roar” back in the second half of the year and nearly return to pre-pandemic levels but such a scenario is unlikely here.

“How long it takes us to get back to the 2015 (employment) high — that’s so far into the future I refuse to even take a guess,” Fried said, referencing the state’s prior recession that ended with very modest growth in 2019.

Despite the job losses in 2020, Alaskans have, on the whole, seen their collective income increase by roughly $1.4 billion over the past year thanks to the federal funds, mostly in the form of direct stimulus payments and greatly expanded unemployment assistance, he noted.

“As bad as things are the majority of people have kept their jobs and are in a better financial situation than a year ago,” he said.

Guettabi also highlighted that while some individuals receiving the initial federal unemployment boost of $600 per week on top of state benefits saw a several-month increase in their income over their prior wages, approximately a dozen subsequent research papers were unable to identify any broad link between the higher level of unemployment income and job hunting.

“Because of the pandemic there is very little association at the aggregate level between the boost of (unemployment) payments and the decision to seek employment,” he said.

The contradictory nature of widespread job losses and overall income growth exposes the need for continued aid that is highly targeted in an effort to make it as effective as possible, according to Guettabi.

“Dollars that are coming in, when they go to households that don’t need them right now, are not necessarily making it into the economy, so things like boosting unemployment insurance for people that need it or helping local governments or helping local businesses makes more sense when you identify exactly that need,” Guettabi said. “Business failure can cripple a recovery.”

By the end of the year he expects Alaska’s economy to grow very slightly versus 2020, with most of the improvement coming in the service sector from the kind of spending many folks have largely given up over the past year.

Anchorage Economic Development Corp. forecasted in January that Alaska’s largest city would add approximately 4,000 jobs this year, but that was before Canadian government officials extended their prohibition on large cruise ships in the country’s ports through the coming summer, leaving the foundational element of Alaska’s tourism industry — which reaches Anchorage — in-limbo again.

For much of Southeast, the prospect of any level of rebound is likely to depend on whether or not large cruise ships sail the Inside Passage at all this year, Guettabi noted.