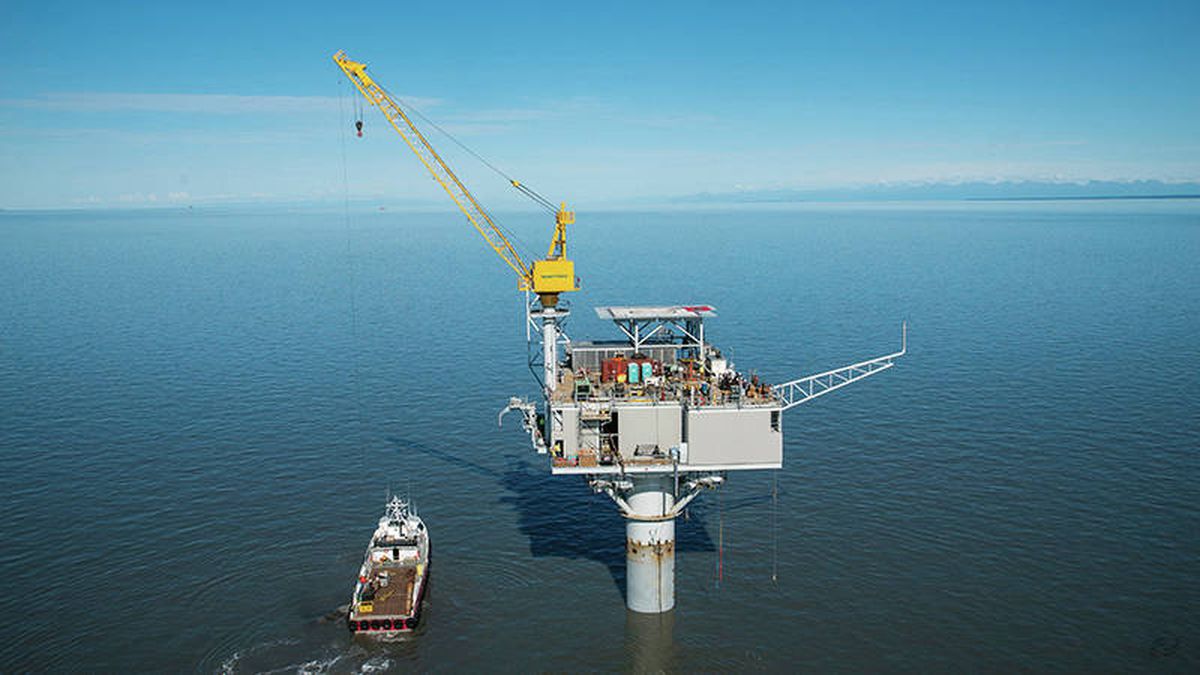 It appears Furie Operating Alaska LLC will have a new owner but someone who is familiar to Alaska.

Hex LLC submitted its initial filings for a business license with the state Commerce Department Nov. 23 and is owned by former Gov. Bill Walker’s oil and gas adviser John Hendrix, according to those filings.

Hendrix was general manager of Apache Corp.’s operations in Cook Inlet prior to working in the Walker administration.

Houston-based Apache left Alaska in 2016 as the company prioritized its global operations during the bottom of the downturn in oil prices.

Hendrix did not return calls seeking comment in time for this story.

The company installed the Julius R platform in the Kitchen Lights field in 2015, which at the time was the first new development platform the Inlet in several decades.

Furie officials said in 2017 they planned to work on developing oil prospects in the Kitchen Lights gas field, but those plans were largely scuttled because of the state’s delay in repaying millions of dollars in oil and gas tax credits the company earned for its previous work, according to the company’s filings with the state Division of Oil and Gas.

In late 2017, former Natural Resources Commissioner Andy Mack issued a default notice to Furie for allegedly not conducting the work the company claimed it would in prior development plans. Furie’s work in 2018 was sufficient to resolve the default, according to Oil and Gas records.

The financial challenges were nearly continuous for the company, which had net gas sales of $25.4 million and absorbed a net loss of $58.5 million in 2017, according to the bankruptcy filings. The situation worsened in 2018 when the company sold $42.8 million of natural gas but took a loss of nearly $152 million.

Furie lost $21.4 million in the first quarter of 2019, when a freeze-up in a gas production pipeline kept the company from supplying HEA and Enstar with gas for more than a month. Once gas deliveries resumed, Furie was only able to supply Enstar with less-than-contracted amounts for several months as well.

The utilities purchased gas from other area producers and drew on reserves stored in the Cook Inlet Natural Gas Storage Alaska facility commonly known as CINGSA.

Alaska Pipeline Co., a sister company to Enstar under joint owner SEMCO Energy Inc., filed a letter with the bankruptcy court Dec. 17 claiming the company’s rights to secure assurances that Hex LLC can meet the terms of Furie’s gas contract.

The letter states that APC is in discussions with Hex to obtain the assurances it needs that Hex can perform under the contract.