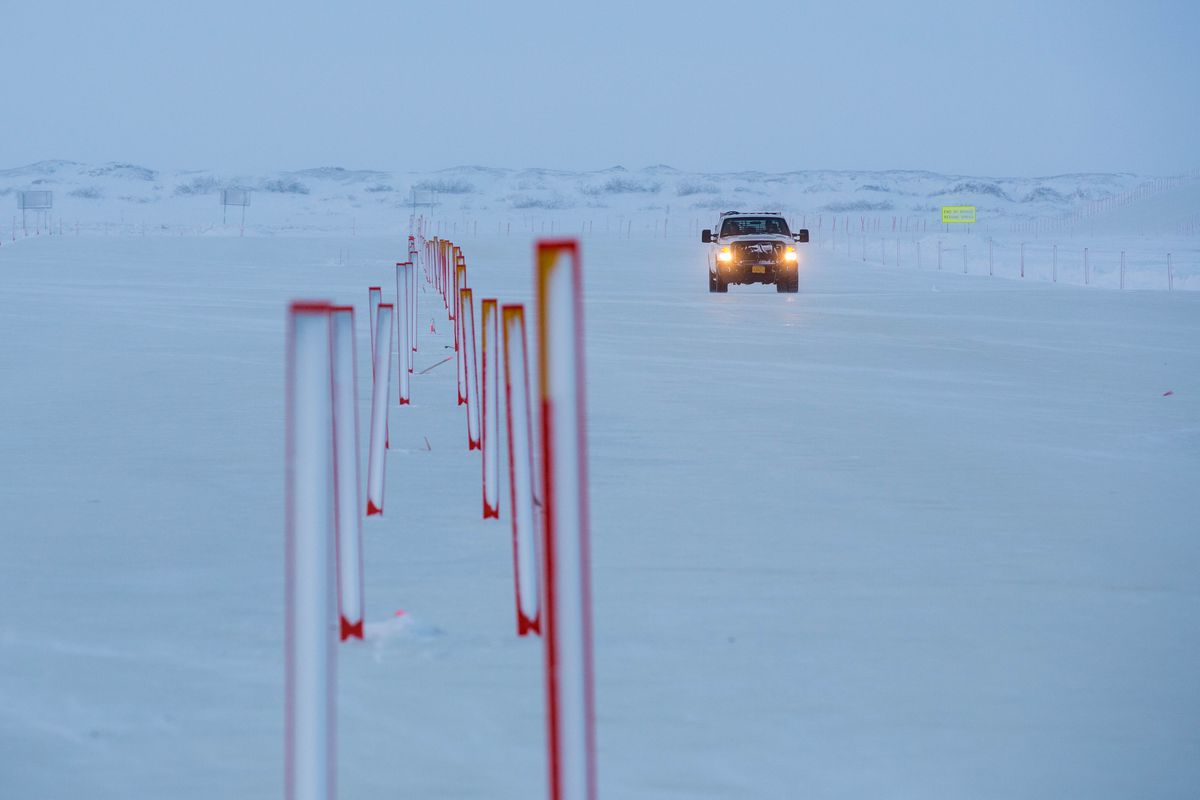 An ice bridge crosses the Colville River, connecting the Alpine Field to the Kuparuk Field on Alaska's North Slope on Tuesday, Feb. 9, 2016. Alpine is only connected to existing oil development infrastructure by seasonal ice roads and by air. (Loren Holmes/ADN)

An ice bridge crosses the Colville River, connecting the Alpine Field to the Kuparuk Field on Alaska's North Slope on Tuesday, Feb. 9, 2016. Alpine is only connected to existing oil development infrastructure by seasonal ice roads and by air. (Loren Holmes/ADN)

Gleason’s decision, issued Monday, falls under cases brought against the Trump administration late last year and led by Sovereign Iñupiat for a Living Arctic and the Center for Biological Diversity.

The groups argue that the federal government violated environmental laws in approving the project in the Indiana-sized National Petroleum Reserve-Alaska.

Gleason’s decision on Monday is not a final judgment on the groups’ goal to stop the project.

Regarding their request to halt this winter’s activity, Gleason’s 28-page decision said the groups did not demonstrate “‘serious questions going to the merits” when it came to their claims that the National Environmental Policy Act was violated. The Sovereign Iñupiat for a Living Arctic also did not establish that work would have “irreparable harm” on polar bears before Gleason could issue a final judgment in the case, the decision said.

ConocoPhillips has said oil production at Willow could begin in the mid-2020s. The winter work includes construction of a gravel road up to 3 miles long, and ice roads that support gravel-hauling, the decision said. The work is planned between February and May 1, when ice and snow can be used to protect the tundra from heavy vehicles.

Development will cost billions of dollars, and the company expects to make a final investment decision about whether to approve it later this year.

The project could produce up to 160,000 barrels daily, or 600 million barrels over 30 years, helping offset dwindling oil production and state revenues in Alaska. Construction should provide thousands of jobs, with 300 jobs for long-term operations, ConocoPhillips spokeswoman Rebecca Boys said in an email. She said she did not have a breakout of the number of jobs that will be available this winter.