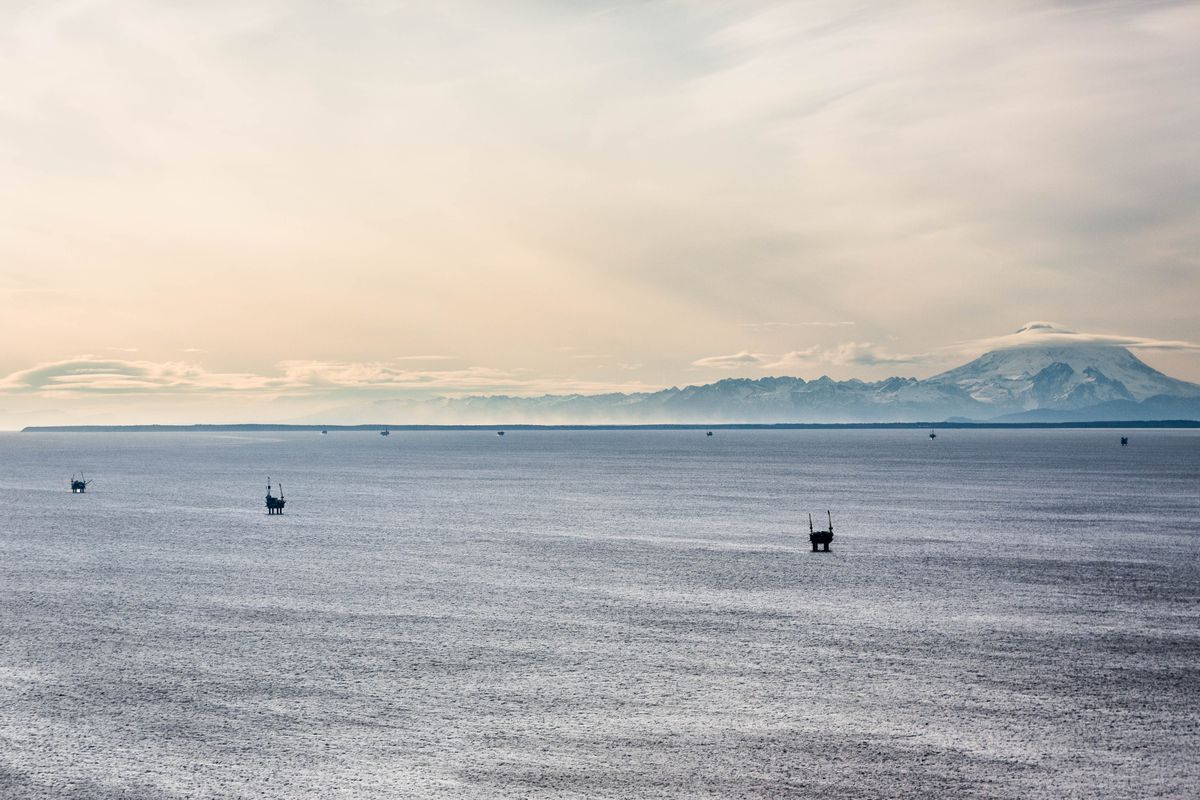 Federal regulators this week ordered Hilcorp to replace a 7-mile-long aging pipeline in Cook Inlet after a helicopter pilot discovered a natural gas leak bubbling to the surface last week, the fifth leak for the subsea line since 2014.

The Pipeline and Hazardous Materials Safety Administration on Tuesday also said the agency must approve the company’s restart plan before the line can resume operations in the near future, according to a 12-page amended corrective order.

The pipeline ships fuel gas, consisting 99% of methane, from the Nikiski area to power two offshore platforms that Hilcorp temporarily shut down following the leak’s discovery. Based in part on gas pressure, the hole in the line is estimated at a quarter of an inch, the agency said.

Hilcorp, the largest oil and gas producer in Cook Inlet, has not responded to requests for comment about the order.

The company quickly reported the leak after its discovery on April 1, and shut down the line to stop the leak on Saturday. A Hilcorp official has said the company has plans to deploy divers this week to install a temporary repair clamp.

The agency also described the size of the leak, between 75 to 150 thousand cubic feet a day. That’s close to half the size of a 2017 leak that lasted for months. That leak was large enough to fuel close to 400 homes a day in winter.

As for replacing the pipeline, the agency gave Hilcorp until late May to provide a replacement plan.

The company has one year to replace the pipeline, the order said.

Hilcorp has the right to request a hearing in response to the order.

Alan K. Mayberry, associate administrator for the Pipeline and Hazardous Materials Safety Administration, said his order is based on multiple factors, including the age of the line, the threat of future leaks, strong tides in Cook Inlet that have contributed to the line abrasion against rocks and the location of the leak in critical habitat for endangered beluga whales.

He said in the order: “I find that continued operation of the (pipeline) without corrective measures is or would be hazardous to life, property, or the environment, and that failure to issue this amended order expeditiously would result in the likelihood of serious harm.”

Several state and federal agencies, including the Alaska Department of Environmental Conservation and the National Marine Fisheries Service have expressed concerns to the pipeline agency about damage to marine life in the Cook Inlet from the leaking methane, the order says.

The line leaked twice in 2014 before Hilcorp took ownership of it. Under Hilcorp, it leaked in 2017, leading the Pipeline and Hazardous Materials agency to require increased inspections of the line. It also leaked in 2019, after divers found a leak during an inspection.

The line was laid onto the seafloor in 1965 amid difficult conditions in the Inlet, and originally carried oil to shore, before it was converted to carry gas in 2005. Some of its protective concrete coating cracked off during installation, according to the recollections of a diver who helped lay it.

It has leaked three times from abrasion against rocks.

The federal agency is giving Hilcorp six months to determine the cause of this latest leak.