'Dreams die' for refugees on the verge of coming to the U.S. 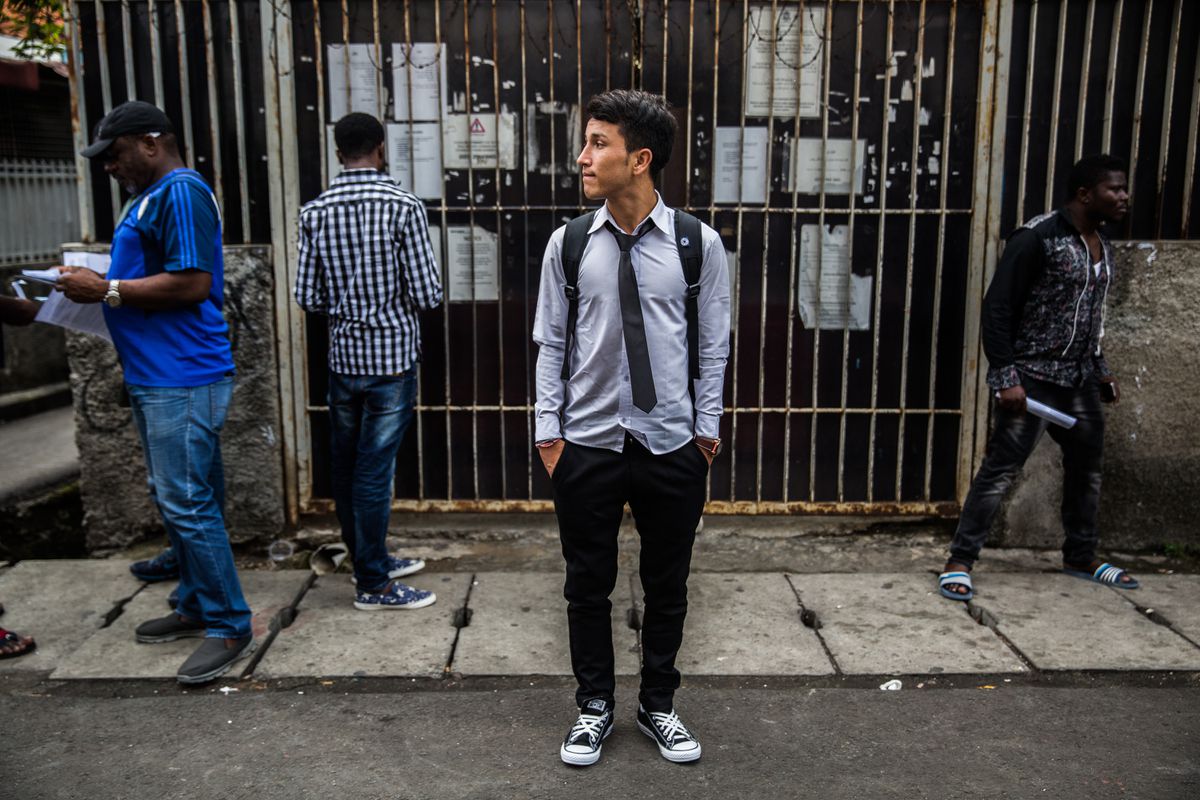 BEIRUT — Sardar Hussain refused to believe it. He had been orphaned in Afghanistan by a Taliban bomb at 13. After waiting in limbo for two years, he said he was only days away from getting on a plane to the United States when he heard that President Donald Trump would be barring entry to refugees.

Mustafa did believe it. He teared up, saying his life was over at 28. An Iraqi refugee in Lebanon, he thought he was so close to getting to the United States that he had gone out and bought a new shirt for his trip.

When she read on Facebook about the temporary ban, Alwia Abdullah, 43, who fled from Darfur in Sudan to Jordan with her husband and six children, got a sudden, stabbing pain in her gut, and couldn't sleep.

They were among an estimated 110,000 people in line to be processed for resettlement in the United States during this fiscal year. In fact, they thought they had made it through the rigorous vetting procedure and, after years of waiting, were on the verge of having their hopes realized.

Now, all are suddenly, indefinitely waiting again, barred from entry to the United States for at least four months, according to an executive order signed Friday by Trump, with no assurances of what could happen to them next.

The order, Trump said, is a way to "keep radical Islamic terrorists out of the United States of America."

"We don't want them here," he said at the Pentagon. "We want to ensure that we are not admitting into our country the very threats our soldiers are fighting overseas."

The executive order calls for the United States' annual refugee quota to be cut to a maximum of 50,000, compared with 85,000 allowed in during the fiscal year that ended in September.

Even last year's figure was dwarfed by the historically high number of displaced people in the world, 65 million, or by the more than 1.5 million migrants and refugees arriving in European countries since 2014.

Trump's order also suspends the entry of all Syrian refugees indefinitely, calling their arrival "detrimental to the interests of the United States." Beyond that, it suspends visas to people from Iraq, Syria, Iran, Sudan, Libya, Somalia and Yemen for 90 days.

Asked about Trump's refugee ban, Stéphane Dujarric, the U.N. spokesman, said he hoped "it's a temporary one." He noted that more people were displaced around the world than ever before.

Trump's action was the latest closed door in a world that has become increasingly unwelcome to refugees, amid rising concerns and hostility in many resettlement countries in Europe, and in countries of first refuge like Turkey and Lebanon.

For those refugees, in particular, who thought their asylum process was over and that they would be accepted in the United States, the dismay was overwhelming this week.

Faten Diab, 34, a former charity worker from Syria, said she had been told that she and her family would be among a relatively small number of Syrians allowed into the United States. Last year, only 10,000 had been granted that privilege, compared with 40,000 in Canada.

Diab and her husband said she fled to Turkey and applied for asylum in the United States in summer 2015, along with close friends who applied at the same time. They said the friends had received a final decision just over a week ago and had flown to America. The Diabs had reason to hope their number would come up any day.

Now, that may never happen. Reached by telephone in their tiny apartment in Turkey, Diab sounded distraught, as the couple's 2-year-old daughter could be heard playing in the background.

"We are so, so, so sad," Diab said, complaining that Trump's claim that terrorists were slipping in as refugees was overblown. "The process of resettlement is long and difficult. You can say he is wrong. Because he didn't live the application steps in all its difficulties."

Strictly speaking, the United States does not actually owe anything to the Diabs from Syria or the Abdullahs from Darfur; they are just reacting to its historical promise to take the world's "huddled masses yearning to breathe free."

But in other countries, like Iraq, citizens who worked for the U.S. military, government and companies were promised preferential treatment for resettlement. Many thought the risks they took on behalf of the United States would be repaid one day with a safe haven when they needed it. Now Iraqis are also on Trump's proscribed list.

Laith al-Samari, 37, was one of many who could not believe it. A former interpreter for the U.S. military, he was wounded twice in battle, in the leg and stomach, and now lives in fear of retaliation from anti-U.S. militants in his Baghdad community. He was not ashamed to beg.

"Please Mr. President, you are the president of one of the biggest states in the world," he said. "Don't be hasty in taking this decision. Be fair with us."

Mustafa, the 28-year-old Iraqi, is a Shiite Muslim who worked on construction crews on U.S. bases, mostly on fortifications. As he put it: "I made homes for them that kept them safe. I felt I was doing something good for humanity."

But anti-Shiite militias in his neighborhood discovered what his job had been and accused him of treason. "I was beaten and shot and knifed and eventually came to Lebanon two years ago," he said, during an interview arranged in Beirut by the International Refugee Assistance Project, a New York-based legal aid group.

After years of interviews and investigation, Mustafa said he was finally told to take his medical examination and now only needed to be given the date for his flight, to California. To get ready, Mustafa splurged at a high-end Beirut store to buy the clothes he would wear in his new life: dark green pants, a vest, a checked shirt in four colors. "I would wear the best clothes I have, and I wouldn't take anything else with me, not even my memories," he said.

Mustafa still has some hope that somehow exceptions will be made, which is why — like most of the refugees interviewed for this article — he did not want his full name published.

"If I do get rejected," he said, "I'd regret ever having shaken hands with an American." He struggled not to weep.

Hussain, 16, an ethnic Hazara boy from central Afghanistan, was rocked by disbelief.

He said that when he was 13, his father, mother and younger sister were killed when a bomb blew up a taxi that was taking his mother to a hospital. After paying a smuggling network $7,000 to get him to Australia, he was marooned en route, on the Indonesian island of Java, when Australia cracked down on boats bringing refugees there. For seven weeks, he slept on the sidewalk behind the U.N. offices in Jakarta, Indonesia. After more than two years, he said, his flight to the United States was scheduled for Monday.

"We were given a commitment to go there," he said, speaking softly in English at a coffee house in Jakarta, just after completing his final medical exam.

Firas al-Swiha, 23, a Syrian refugee in Turkey, went out with friends Wednesday night to drink away his disappointment. He was a university student and opposition activist in Syria before fleeing his hometown, Raqqa, the Islamic State's de facto capital.

He was still looking for answers.

"Is Trump trying to fight the terrorists by giving up on the victims of the very same terrorists?" he asked. "ISIS wants to destroy our lives, and now Trump declined to give us one."

[Trump backers like his first draft of a new America]

Sara, 31, a former television presenter who fled to Indonesia from Afghanistan after death threats — Taliban and other cultural conservatives despise seeing Afghan women in public at all, let alone on television — was trying to arrive at answers of her own.

"You just wait," she said. "You see how the years pass. You get older, you cannot make any plans. You watch your dreams die with every second you spend waiting."

After three years and four months, she thought the waiting was finally over, and she would soon have a date when she was allowed to fly.

Now her life has been suspended for at least four more months, with no guarantee that she will still be included in the Trump administration's much-reduced refugee quota once the visa moratorium is lifted.

"The bitter truth," she said, "is that your whole life is dependent on a single decision of someone who doesn't have even the slightest idea what it's like to live as a refugee."