Trump takes a gamble in cutting programs his base relies on 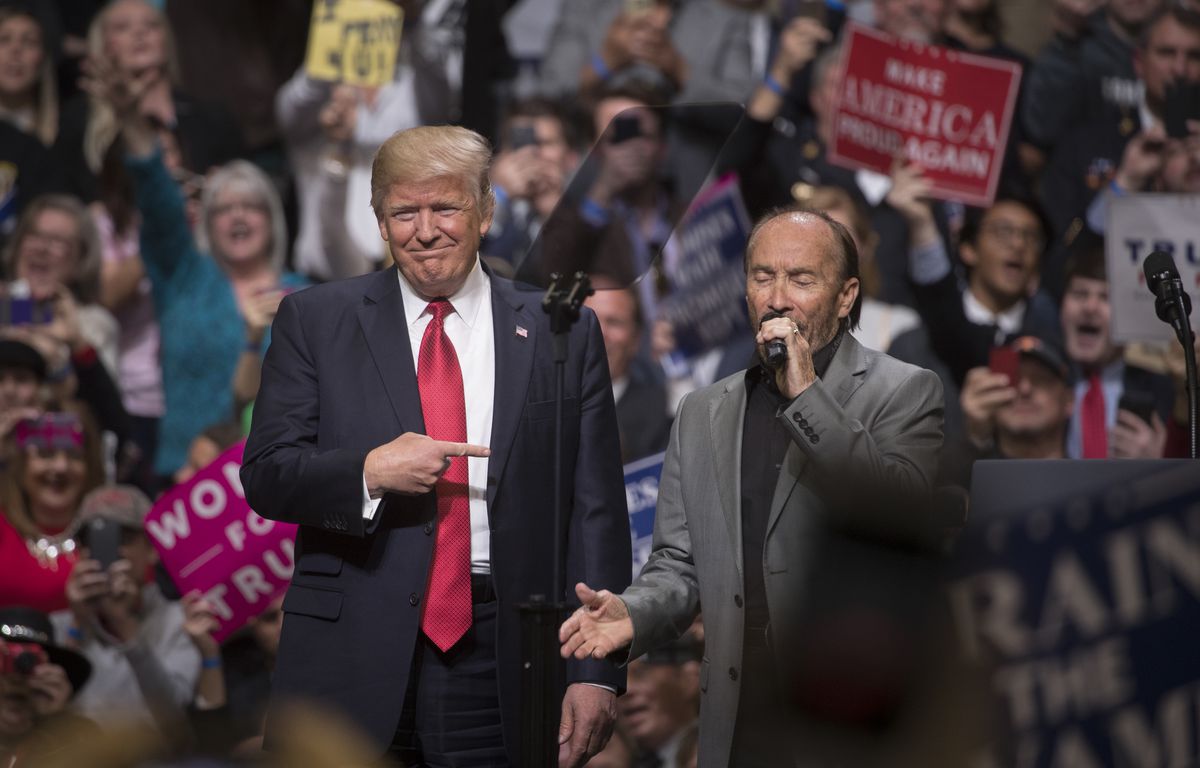 WASHINGTON — President Donald Trump's proposal on Thursday for deep cuts to the budgets of a broad swath of the federal bureaucracy was billed as a necessary corrective to the growth of the government's power.

But even members of his own party questioned some of the cuts — and what was not being cut. More expected cries of alarm came from scientists, human rights advocates, teachers, diplomats, artists and workers.

It is Trump's first major attempt to dismantle what his aides dismissively call the "administrative state." The $1.1 trillion spending plan envisions deep cuts to many government programs while leaving entitlement programs like Social Security untouched. It also boosts spending on the military and border security.

Trump was elected on a promise to wage war against what he has frequently mocked as a bloated and ineffective federal workforce, and he is betting that his first budget will help consolidate support by calling for a significant shift of resources away from established programs that aid the poor, the environment, foreigners and the arts.

The approach is a risky gamble for a politician whose victory last November came in part by assembling a coalition that included low-income workers who rely on many of the programs he now proposes to slash. For now, Trump and his advisers in the West Wing appear willing to take that risk.

If the president gets his way, funding for the environment, diplomacy, housing, health services and the arts will be cut by 20 to 30 percent or, in some cases, eliminated. Military spending would increase by $54 billion, a 10 percent rise, in 2018, in addition to a $30 billion increase in the current year.

Military supporters praised Trump for beginning what they believe is a needed rebuilding of the armed forces, though several key lawmakers said that even the president's proposed increase would not be enough for a military that they say is too small and unprepared to meet modern threats.

Conservatives hailed his vision as an antidote to decades of bureaucratic growth even as they predicted fierce resistance from the interest groups and lawmakers with deep ties to the affected agencies and the beneficiaries of the programs that will see their budgets slashed.

"That sound you hear from Washington, D.C., this morning is the weeping and gnashing of teeth from bureaucrats and politicians who have built the federal government into an industry on the backs of taxpayers," said David McIntosh, the president of the Club for Growth, a conservative free-market advocacy group.

Reaction to Trump's budget proposal came in a flurry of angry statements Thursday morning as various groups began preparing their lobbying campaigns to block the president's plan in Congress.

Christine Owens, the executive director of the National Employment Law Project, called the president's proposed cuts to the Labor Department a "draconian" budget that "almost entirely betrays that promise and is virtually a complete breach of faith with America's workers."

Amnesty International deemed the cuts to foreign aid "shameful" and predicted "global consequences." The Union of Concerned Scientists said cuts to scientific programs were "antiquated ideas and misguided science, which will hurt our economy, kill jobs, make us less safe." The American Library Association said eliminating federal funds for libraries was "counterproductive and shortsighted." Randi Weingarten, the president of the American Federation of Teachers, said, "This budget takes a meat cleaver to public education."

Environmental activists ridiculed Trump's priorities. Michael Brune, the executive director of the Sierra Club, said that "the only thing that matters in his America is corporate polluters' profits and Wall Street billionaires."

"If Trump refuses to be serious about protecting our health and climate, or our publicly owned lands, then Congress must act, do its job and reject this rigged budget," Brune added.

Much of the harshest criticism of Trump's budget came from Democrats or liberal organizations. But in a city where many federal programs enjoy longstanding bipartisan support, some Republicans also assailed the president's judgment.

Richard Thornburgh, the former attorney general for Ronald Reagan and George H.W. Bush, condemned the elimination of money for legal aid, saying, "Our civil justice system cannot work for low-income individuals and families unless we fund programs to provide them with lawyers." Sen. Rob Portman, R-Ohio, criticized Trump's decision to cut $300 million in funding for a program that aims to protect Lake Erie. "I have long championed this program, and I'm committed to continuing to do everything I can to protect and preserve Lake Erie, including preserving this critical program and its funding," Portman said.

For Trump, the complaints from nearly all quarters may serve to amplify his image as an outsider who is not beholden to the special interests in Washington. That could help the White House put pressure on Republican lawmakers to embrace his vision for a spending plan.

But the early reaction from members of his party on Capitol Hill was muted at best, reflecting in part the discomfort among many of the party's leaders with a budget that makes no progress on tackling the growth of entitlements.

House Speaker Paul D. Ryan, who has long asserted the need for an overhaul to entitlement programs as a means to fiscal discipline for the federal government, told reporters that he was "encouraged" by the proposed increases in military spending but said little else about the contents of the budget blueprint.

Earlier in the day, Ryan issued a statement saying he was "determined to work with the administration to shrink the size of government, grow our economy, secure our borders and ensure our troops have the tools necessary to complete their missions."

He did not address any of the proposed cuts.

Sen. Mike Lee, R-Utah, called the budget proposal "a solid step toward addressing the gross overspending that is driving our national debt." He said the president should be "commended" for making some tough calls.

He did not pledge to support Trump's spending plan, however, adding that he looks forward to working with his congressional colleagues "to craft and pass a balanced, fiscally sound budget in the coming months."