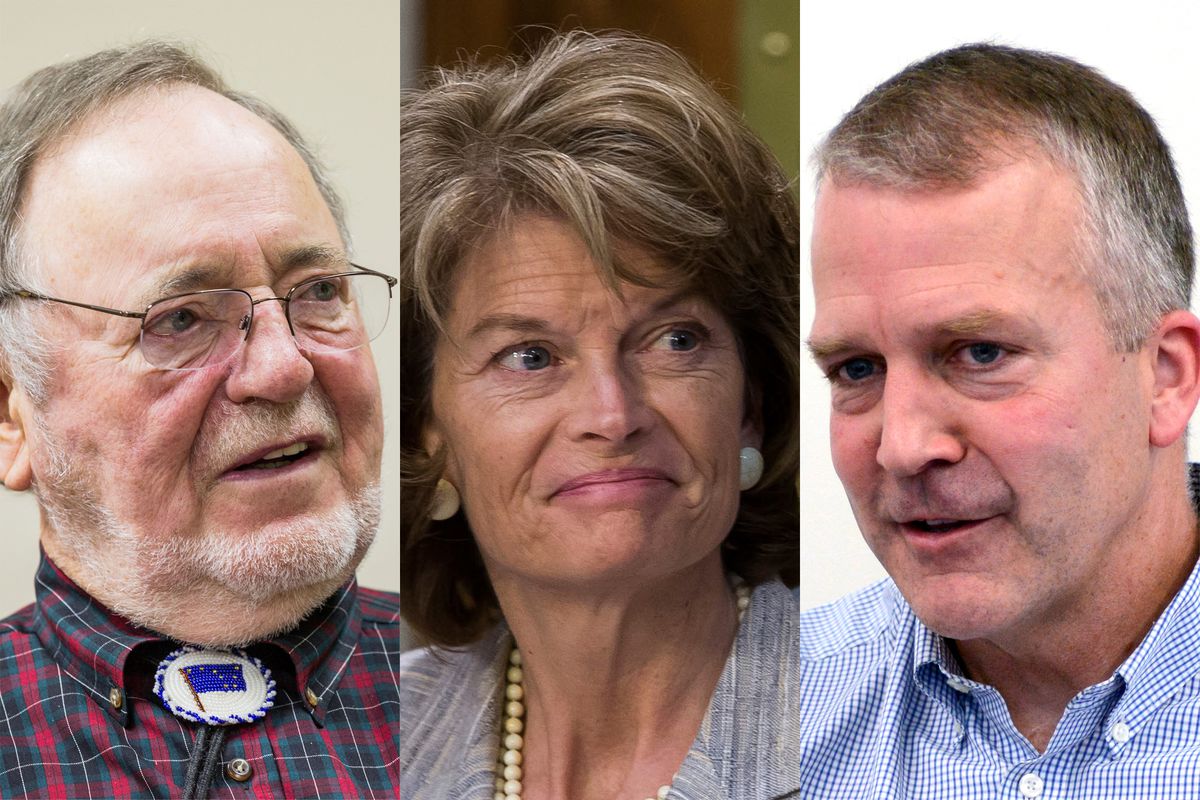 WASHINGTON — The White House released President Donald Trump's first budget proposal to the U.S. Congress on Tuesday, and it was full of cuts to programs that send money to Alaska.

In response, the members of Alaska's congressional delegation, despite sharing a political party with the president for the first time in years, were not keen on the cuts. They were quick to remind reporters that it is Congress, not the White House, that holds the purse strings.

Republican Rep. Don Young was inclined to keep his response to the budget request short and concise.

"This budget isn't going anywhere," Young said in a prepared statement. "The President has an obligation to propose a budget, but it's Congress' responsibility to write the budget and set spending."

[Trump takes a gamble in cutting programs his base relies on]

The proposed budget would zero out a wide variety of programs, including the Essential Air Service, which subsidizes rural flights throughout Alaska; the Denali Commission, which coordinates state-federal infrastructure projects; and LIHEAP, a program that helps people pay for high heating bills — considered critical in many of the colder, costlier reaches of Alaska.

The Environmental Protection Agency's funding for water projects in Alaska villages would be gone, and climate change programs across the federal government would be no more. Grant programs that fund weatherization programs and a raft of rural-focused funding would be zeroed out.

Alaska Sen. Lisa Murkowski said while she supports efforts to boost defense spending, she is "also very cognizant that many of the cuts that we're seeing on the discretionary side — these are not the cost drivers that have put us in this deficit position."

"When you think about a program like Denali Commission, or our Alaska village water program — to effectively eliminate them and not recognize that the real driver of our costs is on the mandatory side, that's not looking at the total picture here," Murkowski said. "Mandatory" spending covers the bulk of the federal budget, and includes "entitlement" programs, like Social Security and Medicare.

"But it is a budget request. So you will not see this translated into a legislative proposal that the Congress will follow," Murkowski said. Congress will go its own way, she said.

Murkowski chairs the Interior and Environment Appropriations Subcommittee, which oversees many programs that control Alaska-specific spending in the budget.

Sen. Dan Sullivan echoed Murkowski, saying in a statement Congress "will ultimately fund the federal government," and Trump's budget is "a first step and a general blueprint for where our country should be headed: Increased funding for our national defense and homeland security, and cuts to agencies that have stifled economic growth over the last eight years."

But he noted many of the cuts "disproportionately target rural economies across our country, including in Alaska, and some don't align with the commitments made by members of the Trump administration during their confirmation process and hearings."

In fiscal year 2016, the federal government sent nearly $8 billion to Alaska through contracts, grants, loans and other types of financial assistance, according to the U.S. Treasury Department.

The bulk of that spending comes through programs that would remain untouched or expanded under the Trump administration's budget: The Department of Health and Human Services, the Social Security Administration and the Defense Department.

But the state also sees hundreds of millions of dollars through agencies that would see substantial cuts to discretionary funding, like grants and loans.

Alaska could see some benefits in one area of Trump's budget request: the military.

Though the budget is mostly an outline — a more detailed request is expected in two months — the shift to military spending is clear. Overall, the Trump administration budget would boost defense spending by $54 billion and cut the same amount from discretionary spending across the government.

The Transportation Department budget, which would see an overall 13 percent cut, would carve away $175 million by entirely eliminating the EAS program.

The program "was originally conceived of as a temporary program nearly 40 years ago to provide subsidized commercial air service to rural airports. EAS flights are not full and have high subsidy costs per passenger," the budget request said. "Several EAS-eligible communities are relatively close to major airports, and communities that have EAS could be served by other existing modes of transportation."

Young's spokesman Matt Shuckerow said the congressman has defended efforts to remove the service in the past, and would surely "fight like hell" to defend it and other programs again, like the Denali Commission.

The Transportation Department currently subsidizes flights to remote parts of Alaska through $20 million in contracts.

But the budget document says it will eliminate a water and wastewater loan program — cutting $498 million, some of which goes to Alaska each year. And it does not mention the USDA's housing assistance program as being saved or cut.

The budget request would make $250 million in cuts to the National Oceanic and Atmospheric Administration grants and programs supporting coastal and marine management, research and education including Sea Grant, a research program, the request said.

That includes grants that clean up marine debris, send funds to states and tribes to recover marine species, and contributions to the Pacific Coastal Salmon Recovery Fund.

Eliminating the Low Income Home Energy Assistance Program and the Community Services Block Grant would shave $4.2 billion off the budget, the request said. "Compared to other income support programs that serve similar populations, LIHEAP is a lower-impact program and is unable to demonstrate strong performance outcomes."

The Interior budget would be cut by 12 percent, for a total of $11.6 billion. It would eliminate some payments to local governments that maintain national wildlife refuges, halt ongoing land acquisitions and cuts heavily into the U.S. Geological Survey, much of it for climate change-related activity.

At EPA, the administration took some of its deepest cuts, despite it being one of the smallest federal agencies in terms of spending. The proposed budget cut more than 50 EPA programs, worth $347 million, including targeted clean air grants and infrastructure funding for Alaska Native villages.

Just this week, the EPA announced a $2.5 million targeted grant for a Fairbanks program to reduce air pollution by paying people to swap out older wood stoves. The city faces some of the highest rates of harmful air pollution because of the common use of wood stoves for heating in its subzero temperatures, according to the EPA.

Murkowski said she's not willing to ferry through some of the administration's Interior and EPA-targeted cuts, and she wants to "make sure that some of the commitments that we've been working on for a long time like cleanup of the legacy wells, that that remains on track," she said.

"I think that we need to be honest, that when we're talking about the deficit that we face … that is not driven by programs like Village Safe Water, Essential Air," Murkowski said. "These are small in the total scheme of things. The discretionary side of the budget every year gets ratcheted down and down and down… What we have not reckoned with is the mandatory side of it. That's where the real cost is."

Murkowski said in her time on the Appropriations Committee, she has kept a close eye on the EPA budget. "So it's not like we're letting things lard up," she said.

[What the cuts in Trump's budget would mean for some agencies]

The budget does keep last year's $13 billion in funding for the Education Department's IDEA program, which supports special education students. Murkowski said she was pleased to see that remain.

The senator worried about the administration's commitment to the mandatory program to educate the disable during Education Secretary Betsy DeVos' confirmation hearings.

Murkowski said she was also pleased to see the administration's interest in funding treatment programs for opioid abuse — a $500 million increase to expand treatment and recovery efforts, according to the budget request.