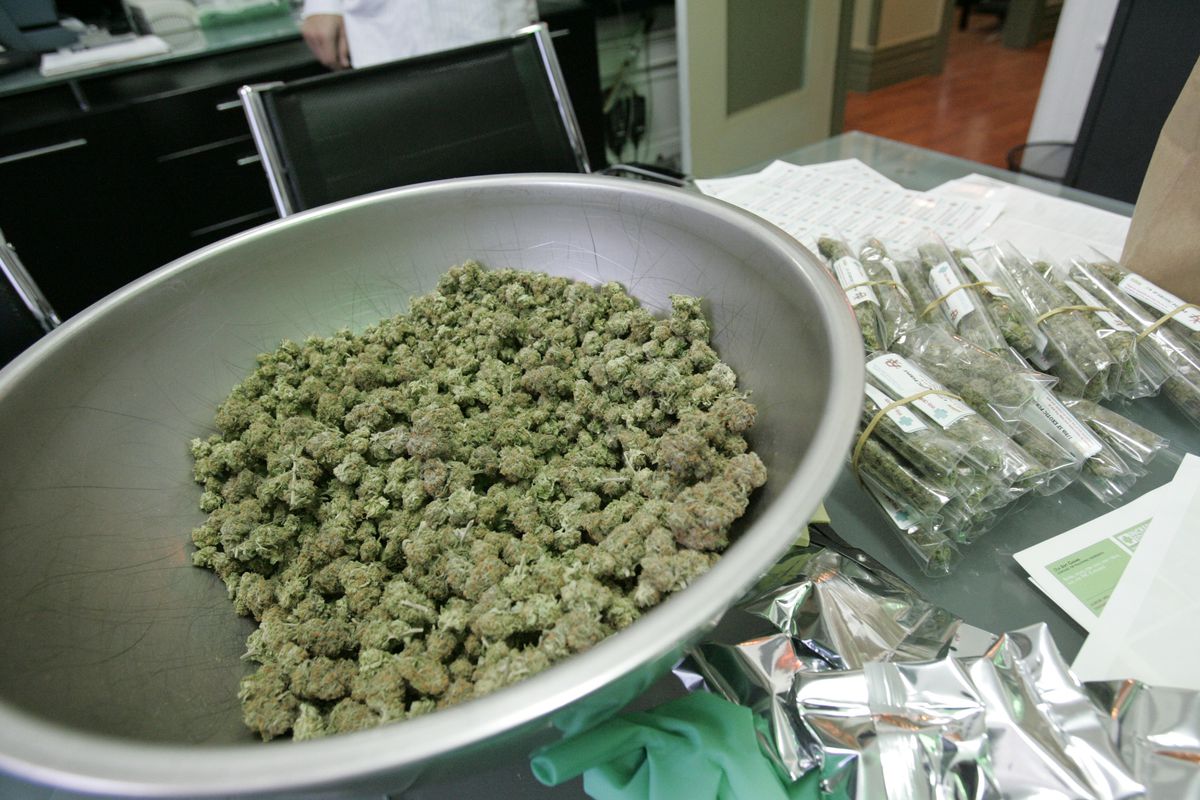 Nearly 5,000 felony marijuana convictions will be reviewed, recalled and resentenced, and more than 3,000 misdemeanors that were sentenced prior to Proposition 64's passage will be dismissed and sealed, District Attorney George Gascon said. The move will clear people's records of crimes that can be barriers to employment and housing.

San Francisco's move could be the beginning of a larger movement to address old pot convictions, though it's still far from clear how many other counties will follow the famously liberal city's lead.

[In a first, a Fairbanks cannabis shop has been shut down by the state]

Proposition 64 legalizes, among other things, the possession and purchase of up to an ounce of marijuana and allows individuals to grow up to six plants for personal use.

The measure also allows people convicted of marijuana possession crimes eliminated by Proposition 64 to petition the courts to have those convictions expunged from their records as long as the person does not pose a risk to public safety.

They also can petition to have some crimes reduced from a felony to a misdemeanor, including possession of more than an ounce of marijuana by a person who is 18 or older.

"While drug policy on the federal level is going backwards, San Francisco is once again taking the lead to undo the damage that this country's disastrous, failed drug war has had on our nation and on communities of color in particular," Gascon said in a statement. "Long ago we lost our ability to distinguish the dangerous from the nuisance, and it has broken our pocketbooks, the fabric of our communities, and we are no safer for it."

About 75 percent of San Franciscans voted to legalize marijuana, the highest margin among all of California's 58 counties. But only 23 petitions for Proposition 64 reduction, dismissal or expungement have been filed over the last year, the district attorney's office said, adding that it does not have any active marijuana prosecutions.

As of September, 4,885 Californians have petitioned the courts to have marijuana convictions expunged or reclassified, but many people don't know about the process, which can be difficult, according to the Drug Policy Alliance, which supported Proposition 64.

Gascon's announcement came with special resonance in the city's Castro District, a center of efforts to legalize marijuana for medicinal purposes in California. One of the biggest advocates of medical marijuana, Dennis Peron, died Saturday; Peron was considered a central figure in promoting the use of marijuana for AIDS patients.

"I'm totally in favor of that," Paul Greenbaum, 72, said of automatic expungement after he walked out of the Apothecarium, a medical and recreational cannabis dispensary in the Castro. "If it's not a crime now, what's the sense in continuing to stigmatize people?"

Greenbaum said he has been regularly smoking pot since he moved to San Francisco when he was 30 years old.

The Castro "was so deeply impacted by the AIDS epidemic. So many people were getting sick and dying, and medical cannabis was a lifeline for many people living with AIDS — a way for people to help with the side effects of the medication, to help with nausea, to help improve their appetite," Wiener said.

Some noted that the district attorney's move could help people with prior convictions improve their livelihoods.

Convictions "really can hold you back from getting a good job," said Redding-area resident Tom Savasta, 32, adding that the move would help people "become more proactive members of society."

[VA clears the air on talking to patients about marijuana use]

Black, Latino and white people all consume and sell marijuana at similar rates, the research found, but black Californians are jailed for marijuana-only offenses at much higher rates — nearly one-quarter of people jailed for those offenses are black.

In a statement, Lt. Gov. Gavin Newsom said San Francisco's move provides "new hope and opportunities to Californians, primarily people of color, whose lives were long ago derailed by a costly, broken and racially discriminatory system of marijuana criminalization."

Gascon said the disparities outlined in the study "weighed very heavily" in his decision to review people's convictions.

"We know there were tremendous failures in the war on drugs, and we criminalized large sections of our community," he told the Los Angeles Times. "The African American and Latino communities were the most harmed by this."

The district attorney said he hopes other counties will follow in San Francisco's footsteps. Some lawmakers have already started to pursue or support similar measures, including state Assemblyman Rob Bonta, D-Oakland, who has proposed legislation that would require criminal convictions for marijuana-related offenses to be automatically expunged, placing the burden on the courts.

In Colorado, where voters legalized pot, prosecutors have been reluctant to erase prior marijuana convictions, said Sam Kamin, professor of marijuana law and policy at the University of Denver's Sturm College of Law.

Often, defendants have pleaded guilty to a lesser crime, and prosecutors do not want to wipe their records clean when they may have committed more severe offenses than marijuana possession, Kamin said.

Eric Shevin, a Los Angeles defense attorney who specializes in marijuana law, said many people don't know they can wipe out their convictions or can't afford a lawyer to help with the process.

Shevin has already done a few hundred Proposition 64 petitions, which require preparing a motion and appearing in court several times. He said that process would go much more quickly with prosecutors taking the lead.

"District attorneys certainly have the right to research their own records and dismiss these cases on their own, en masse," Shevin said. "I applaud this D.A. for taking the initiative, and I hope others will follow."