Looking beyond the conventional car 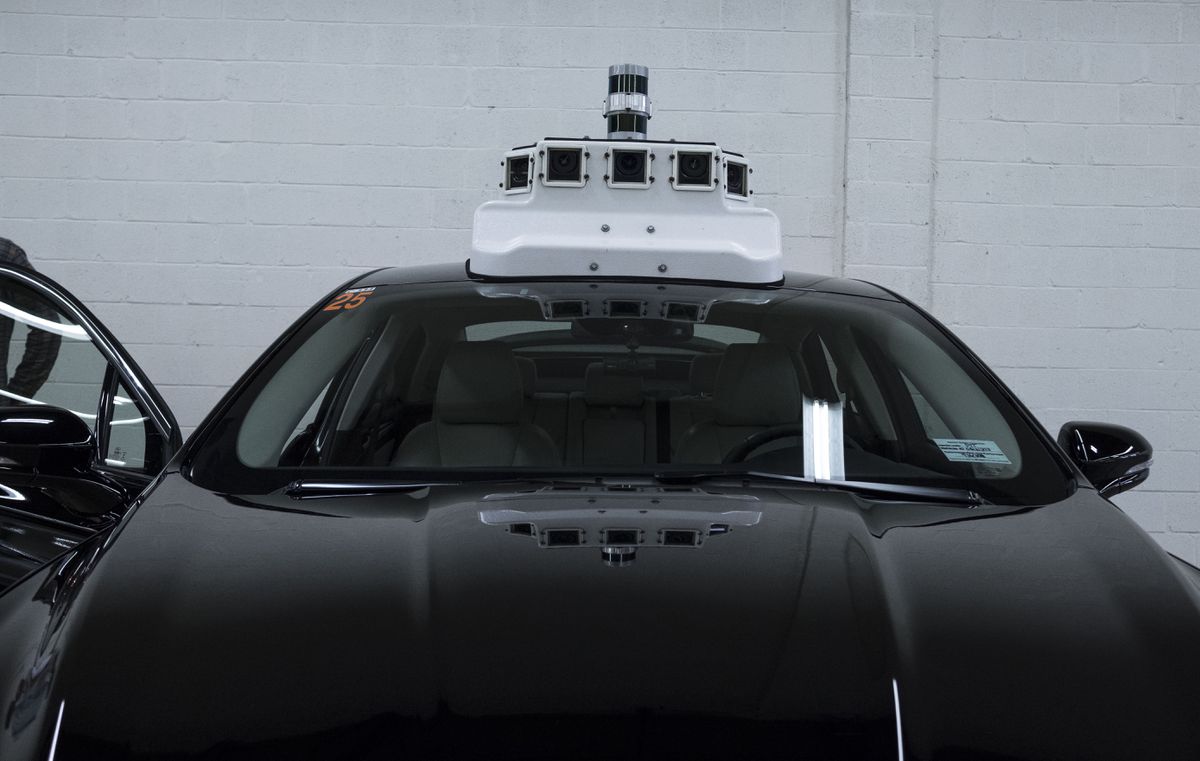 A Ford vehicle that will eventually be made into a self-driving car is outfitted with cameras at the Ford terminal in Washington, D.C. Washington Post photo by Calla Kessler

A Ford vehicle that will eventually be made into a self-driving car is outfitted with cameras at the Ford terminal in Washington, D.C. Washington Post photo by Calla Kessler

WASHINGTON - When Sheryl Connelly was growing up in Metro Detroit, she worried that the ease of newfangled power steering was going to lull Americans into oblivion.

"I had this vision as a little girl that there'd be a bunch of drivers that were sleeping behind the wheel," said Connelly, the in-house futurist for Ford Motor Co.

Prediction is perilous work, and that scenario failed to come to pass (though the November arrest of a sleeping California driver in a partially automated Tesla evoked similar anxieties.)

But as self-driving vehicles and electric scooters mix with pedestrians, cyclists and traditional motorists in congested communities from Washington to Arizona, government and corporate leaders have been pushed in new ways to try to predict the future and plan for what's coming.

The stakes are high for both. Just as companies such as Ford have to give customers what they want, cities must try to provide the quality of life residents demand, Connelly said, and those basic tasks are made more complicated by the dramatic pace of change in transportation.

"Somewhere along the way, we had the obvious, but latent, idea that we need to build cars that people want. I think cities have the same thing," Connelly said, adding that urban planning has become one of the world's most influential jobs.

"In the days of Henry Ford, it was the industrialists. Then in the '40s and '50s, it was the civil engineers that created the roadways and the highways. I think this is the moment of urban planners," she said.

Ford will begin testing self-driving vehicles in the District of Columbia early this year, with plans to launch them commercially in Washington, Miami and other cities in 2021. Waymo began rolling out a commercial robo-taxi service in suburban Phoenix in early December, and autonomous shuttles are coming to cities from Youngstown, Ohio, to Jacksonville, Florida.

Officials have sought to steer, or at least keep up with, the developments. Working with the Aspen Institute and Bloomberg Philanthropies, the District joined Los Angeles, Austin, London and Sao Paulo, Brazil, among other cities, in crafting common goals for the driverless-car developers poised to affect their communities.

High on the list of priorities is cutting greenhouse gases and other pollution, eliminating congestion and ensuring that officials have the opportunity to adapt as changes barrel ahead.

As District officials put it, they don't want to be stuck "making 100-year decisions for technology that is changing in 10 years."

One upside to planning for the future at this moment is that cities can perform test runs before going big. Unlike with a major investment such as a streetcar line, shared self-driving taxi, shuttle and bus services can be piloted first, said Andrew Trueblood, the District's interim planning director.

"Streetcars, as even D.C. shows, they have their pluses and minuses," Trueblood said. "The nice things about these is, if you do a pilot, you can see how it works - you can see if it works."

Connelly trained as a lawyer and has an MBA. She said she didn't even know "futurist" was a job until she stumbled into the position 15 years ago, after sales, marketing and other roles at Ford.

Soon after she started, with a charge to think further out and be provocative internally, she faced pushback. She was pointing to the "rise of the rental economy." People were renting handbags, black-tie attire and baby clothes. They were even renting pets.

"I said the drivers underneath it are evergreen. It gives people access to things they can't otherwise afford," Connelly said.

Given the speed of technological change, people also wanted to avoid buying into "scheduled obsolescence," she said. And even if money wasn't a factor, "sometimes alleviating the burden of ownership has great appeal," she told her colleagues.

"I remember somebody said to me, 'What part of the fact don't you understand that we only make money on the cars we sell?' " Connelly said. "I respectfully say most of the people who work for Ford do so because they love cars. And trying to say they wouldn't be universally loved in the future was saying their baby was ugly. It wasn't well received."

More recently, the company shifted toward a strategy of not only selling cars, but moving people. Ford is making a five-year, $1 billion investment in the self-driving start-up Argo AI to help build the foundation for autonomous ride-sharing and delivery businesses, and it is growing its shared-van service, Chariot. In November, the company announced it had bought e-scooter company Spin.

They've ditched the phrase "sharing economy," and internally, some call the trend the "no-strings-attached movement."

If driverless cars can address technological shortcomings and safety concerns, they could reduce the number of people who drive alone - or spur new congestion, depending on how they're implemented. Connelly is an optimist on this question, predicting they will lead urban parking zones to be converted into green space.

Self-driving vehicles are just one piece of the bigger picture facing cities, as they try to balance immediate concerns with futuristic ones.

That means fixing roads and bridges and finding ways to slow drivers at dangerous intersections, while also focusing on what infrastructure might be needed for the future and what information should be collected and shared as roads, and the people on them, are tied together through digital networks.

"When we think about the future of our city, we see less single-occupancy vehicle trips, more vehicle electrification and an emphasis on building the infrastructure and policy framework to support those goals," said Jeff Marootian, director of the District Department of Transportation.

Marootian cited the addition of electric buses to the city's Circulator fleet and the beginning of an effort to convert more than 75,000 streetlights to energy-saving LEDs, a process he said could also put WiFi and other networking equipment on some of the same poles.

City officials also are taking tentative steps toward converting some parking spaces for other uses such as pick-up/drop-off spots for Uber and Lyft and dedicated bus lanes. But that remains a delicate exercise, given that parking in the city is a premium commodity.

With changes coming faster than governments - and many private entities - can manage, some officials say their solution is to try to be simultaneously innovative and incremental and to build systems that can adjust on the fly.

In the District, for example, scooter and dockless-bike companies will be allowed to boost the size of their fleets 25 percent each quarter if they follow city rules and push customers to ride responsibly, officials said.

"What is on the ground is changing so rapidly. When the bikes first came, there was a lot of pushback: 'They're street trash! They're everywhere!' " said Dena Iverson, a senior District transportation official. Companies largely abandoned dockless bikes in favor of scooters, which have been embraced by users even as safety problems have arisen and injuries have increased.

"Something new comes out, and people go a little crazy, and then they figure out how to interact socially," Iverson said. "We're building the culture around the use of these vehicles as they get on the ground, so there is always going to be a little bit of a transition and growing pains."

For Connelly, too, much of her work requires staying nimble and sensitive to the evidence of trends, particularly when it runs counter to conventional wisdom.

"In the early days of autonomous vehicles, there was a narrative that was: 'Young people aren't interested in cars. The only way we're going to get them into a vehicle is if it's autonomous, so they continue to stay attached to their digital devices,' " Connelly said.

Indeed, in an online survey of 13,000 people worldwide as part of Ford's 2019 trends report, a quarter of millennials and their younger Gen Z counterparts said they agree with the statement: "I would rather lose my ability to smell than give up my device."

But Connelly sees a much more compelling business case for targeting seniors in self-driving cars: Someone turns 65 in the United States every 7 seconds, and life spans are getting longer. It's already harrowing for relatives to take the keys from an unsafe driver hitting 80.