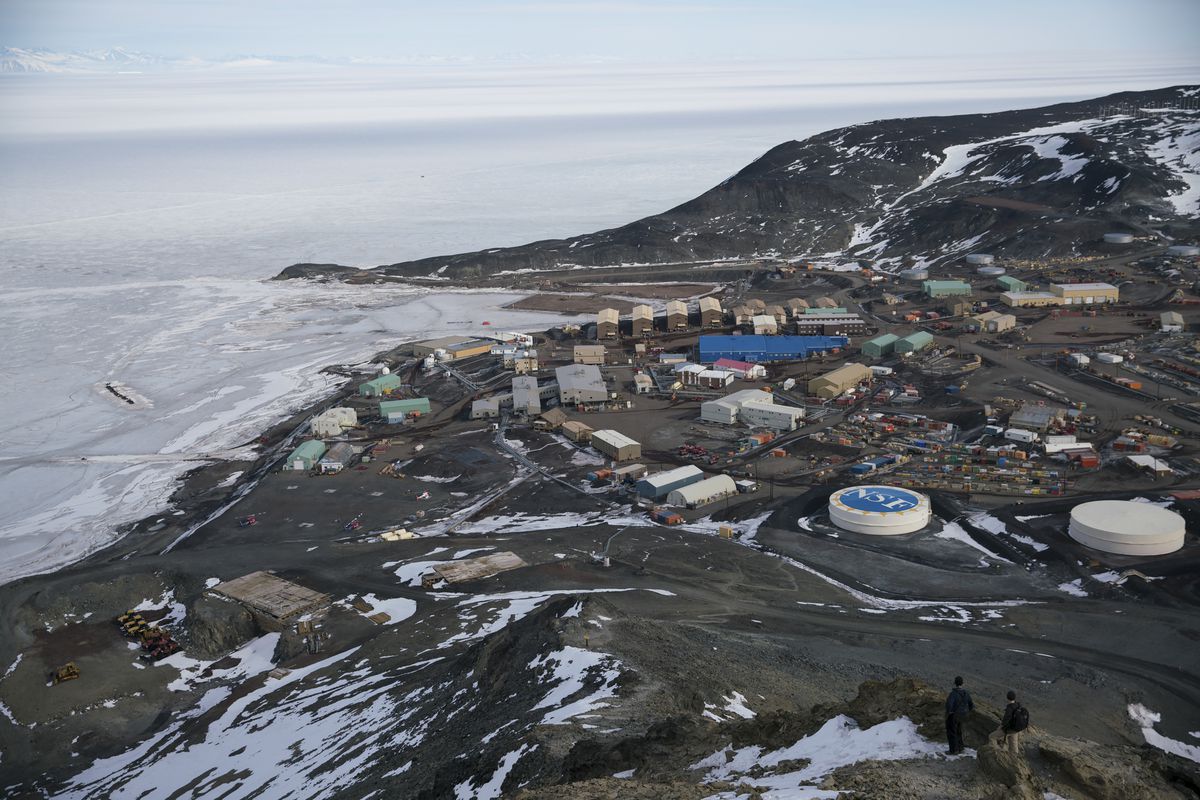 A weather research station on Seymour Island in the Antarctic Peninsula registered a temperature of 69.3 degrees (20.75 Celsius) on Feb. 9, according to Márcio Rocha Francelino, a professor at the Federal University of Vicosa in Brazil.

The nearly 70-degree temperature is significantly higher than the 65-degree reading taken Feb. 6 at the Esperanza Base along Antarctica's Trinity Peninsula. The World Meteorological Organization (WMO) is reviewing that reading to see whether it qualifies as the continent's hottest temperature on record.

The new data, which was reviewed by The Washington Post, came from a research station that has been in place for 12 years, used mainly for monitoring the layer of permanently frozen soil known as permafrost. Francelino said the temperature sensor is located in a flat and open area, without obstacles.

Randall Cerveny, a meteorologist at Arizona State University who verifies extremes for the WMO, previously called the Esperanza reading a "likely record." On Thursday, he said the organization is looking into the new report, too, but urged caution about the higher reading.

He said many questions will have to be answered before the nearly 70-degree reading is considered the hottest temperature yet recorded on the planet's coldest continent. "We will want to look very critically at the station's metadata (how long was it in place, how good has its observations been, what type of instruments were used, when were they last calibrated, etc.)," he said in an email. "All of those things are critical to determining the validity of the observation."

"It will likely be some time before we at the WMO Archive of Weather and Climate Extremes can even give a tentative evaluation of this observation," Cerveny said, noting the difficulty involved with certifying records from remote locations, particularly those that are not permanently sited.

According to Francelino, the weather station in question is one of 26 such stations he and other researchers operate around Antarctica.

The unusually warm reading was first reported by the Guardian, which characterized it as a record. However, Jefferson C. Simões, a glaciologist at the Federal University of Rio Grande do Sul and a vice president of the Scientific Committee on Antarctic Research, who also confirmed the reading, said he does not believe the measurement will meet the WMO's criteria for an official record.

Nevertheless, he said he considers it important for confirming a "heat wave" in the northernmost part of Antarctica in the past week. Both locations are located in the area of Antarctica that is closest to South America, whereas the continent's interior reaches are the coldest.

"It is an important measurement, but it will not be recognized by WMO, because it was not measured in [a] standard weather station with a long time record," he said via email. He cited the thermometer's height as a reason the WMO may discount it. Most standard weather stations have a measurement height of two meters, and this reading was taken at 1½ meters. The temperature can be higher if taken closer to the ground.

According to Cerveny, the WMO's guidelines allow it to accept a 1½-meter temperature record, leaving the short period of record as a bigger barrier.

According to Francelino, the Seymour Island station registered a temperature of 61.5 degrees (16.4 Celsius) on Feb. 6, when Argentina's Esperanza Station reached 65 degrees (18.3 Celsius).

He called these values "amazing" in their own right. Then, on Feb. 9, the Brazilian Antarctic Station on King George Island registered a temperature of 66.7 degrees (19.38 Celsius) at the same time the permafrost research station soared closer to 70 degrees.

"I don't know whether Esperanza's or the Brazilian stations are registered or follow the WMO standard, but the mere recording of these values is something that should be better studied," Francelino said. The unusually mild weather consisted of shorter spikes during a two-week period. Feb. 10, for example, also reached 61 degrees for a high.

Computer model forecasts had suggested large parts of the Antarctic peninsula would be between 20 and 40 degrees above normal between Feb. 7 and Feb. 9, as an unusually strong high-pressure zone was in the vicinity.

But the average temperature in the first days of February at the Seymour Island research station was a more typical 39.2 degrees (3.9 Celsius).

"In our sites, over a period of 13 years, the temperature of permafrost has been varying very little, remaining stable in most of them and in some showing a slight tendency of heating. Only one showed cooling," he said.

This is compared with the rapid warming since in the vast permafrost of the Arctic, the melting of which may already constitute a major climate feedback that will serve to accelerate global warming.

The Antarctic Peninsula is one of the fastest-warming parts of the world. Most of the glaciers in that region are retreating rapidly. According to a 2018 study, ice-shelf collapse and the speedup of glacier movement into the sea at the Antarctic Peninsula caused an increase of 25 billion metric tons of ice loss per year from the region between 1992 and 2017.

The region has most famously seen the sudden breakups of two large floating ice shelves: the Larsen B Ice Shelf in 2002 and the Wilkins Ice Shelf in 2008. The rapid warming here has led to more consistent scientific monitoring, as researchers' concerns about ice loss shift to include virtually the entire continent.

The Washington Post’s Jason Samenow contributed to this report.