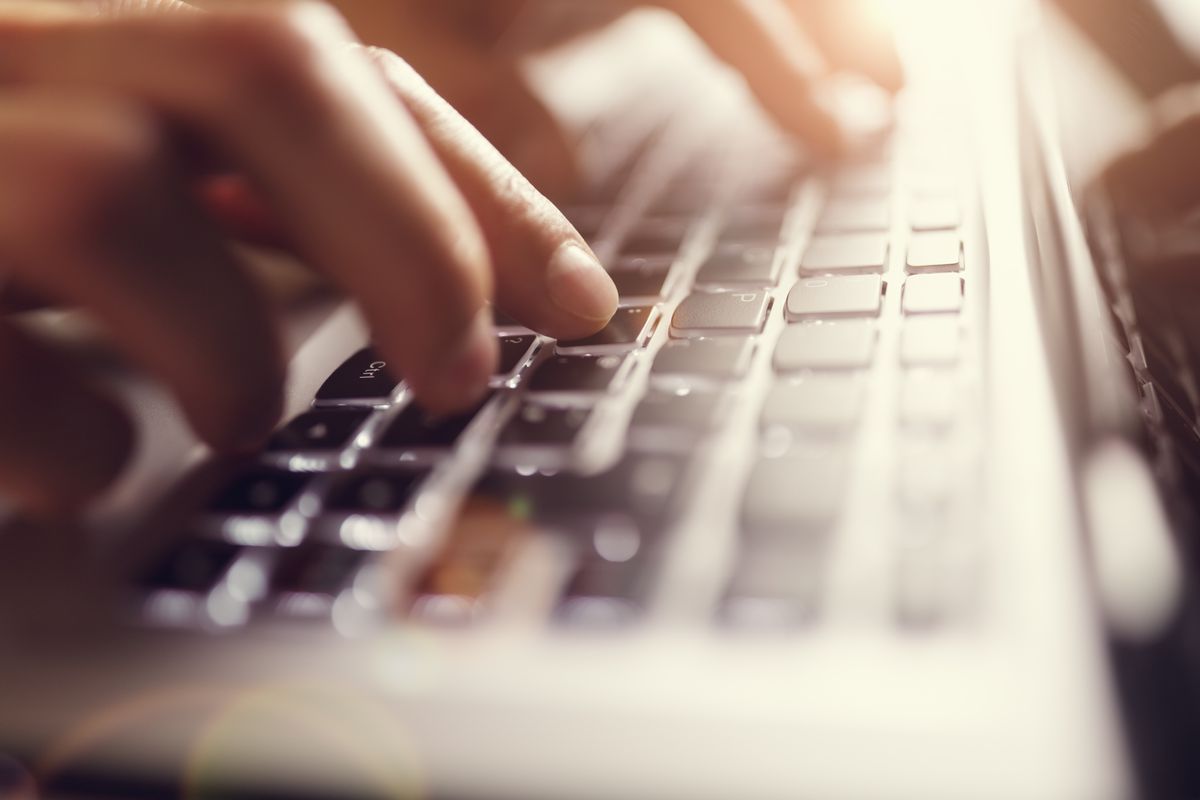 The people wanted to know: Did self-described psychic Sylvia Browne predict the 2020 coronavirus pandemic in her 2008 book? So they turned to the place one goes to find the answers to such questions: Snopes.com.

The internet’s original myth-busters tackled this query on March 4, and the resulting post became one of the site’s most-read pieces that month, along with a look into whether the Trump administration actually fired the U.S. pandemic response team in 2018 and the one about whether Costco truly issued a toilet paper recall.

They deemed the Browne matter a "mixture" of truth and fiction. Yes, Browne had written more than a decade ago that "in around 2020 a severe pneumonia-like illness will spread throughout the globe, attacking the lungs and the bronchial tubes and resisting all known treatments." But the Snopes team determined that "it's unclear whether Browne's 'prediction' was more of a lucky guess, considering the book was written after the SARS outbreak." (Browne also predicted the disease "will suddenly vanish" and then come back in 10 years. Jury is still out on that.)

But since then, Snopes, which delves into everything from bizarre urban legends to intricate government policies, has been overwhelmed with so many COVID-19-related questions that the website can’t keep up. The company has done something that seems counterintuitive: It has scaled back operations by publishing fewer stories. There have been no furloughs or layoffs; but Snopes is encouraging employees, whose lives have been turned upside down by the pandemic, to take time off if needed.

It's a predicament other fact-checkers and journalists are facing: As the novel coronavirus has swept the globe, so has misinformation about the virus. The World Health Organization has referred to the abundance of articles, commentary and social media postings about this one topic - some accurate, some not - as an "infodemic" which "makes it hard for people to find trustworthy sources and reliable guidance when they need it."

Compared with other big news stories, this pandemic presents a particularly difficult challenge for professional fact-checkers. The multi-headed crisis has its roots in what is essentially a science and medical story, requiring many journalists, not just health reporters, to quickly get up to speed. Covid-19 remains a mystery even to many of the professional scientists who could explain it to a reporter. And the stakes are high: The consequences of promoting a bogus diagnostic technique or false cure - such as the church that tried to sell its members on ingesting a common swimming pool cleaner - could be deadly.

“I wish we could do more, but we just can’t, and that’s because when demand increases, there is no economics that support an increase in production at a fact-checking organization,” said Vinny Green, general manager of Snopes.com. “The only way for us to do more is to pass that burden on to our staff and try to make them rise to the occasion, even though they’ve been working their a--es off day in and day out.”

Since the pandemic began, Snopes has looked into questions about whether Pat Robertson blamed oral sex for COVID-19 (not really, but it seems some readers misinterpreted a satirical piece as news); explored a rumor about thieves distributing masks laden with toxic chemicals (false, it turns out); and investigated claims that Ivanka Trump stands to profit from the pandemic because of a trademark on coffins in China (yes, she holds the trademark, but no, there’s no evidence she’s selling coffins).

And Snopes has seen a record amount of traffic to its site since the dawn of the crisis. Green, citing Google Analytics, said the website had 37 million visitors from late February to late March, a jump of 43% from the previous 30-day period. But more eyeballs on a website doesn't always translate to more revenue: Many news outlets are breaking readership records these days but experiencing declines in ad sales. Some are pleading with readers to become paid subscribers; Snopes is selling premium memberships.

Snopes managing editor Doreen Marchionni said she became concerned with the morale in her small, remote newsroom. "Trying to keep up with the rumors and misinformation on COVID was going to drown us and hurt our staff."

Readers submitted roughly 10,000 COVID-related queries to Snopes during the last two weeks of March. Rather than trying to answer the avalanche of questions, Snopes said it will pick its targets and amplify credible sources, highlighting the Centers for Disease Control and Prevention and WHO in particular. (They’re also still posting some timely non-coronavirus fact checks, like one about Florida residents allegedly finding porn-filled Easter eggs in their mailboxes.)

The avalanche at Snopes is mirrored in what's happening globally, especially as information is being spread not just on social media outlets but also platforms like WhatsApp. "So many organizations are overwhelmed by the number of requests they are receiving from their audiences," said Baybars Örsek, director of the International Fact-Checking Network at the Poynter Institute.

The network, which includes more than 70 members, started a database of more than 3,000 fact-checks from around the world. It’s “the largest collaboration among fact-checkers ever, and that by itself is a pretty strong indicator that the amount of misinformation around COVID-19 is unprecedented,” said Örsek, who estimates fact-checking organizations worldwide are seeing 10 times the number of requests than they usually do.

Sharing the work that's gone into debunking false claims is one approach in the battle against misinformation. Myths about the virus move from country to country as the pandemic does; fact-checkers in Spain, for instance, started seeing the same myths that their Italian counterparts had already debunked, Örsek said. Among the most prevalent conspiracy theories: that COVID-19 is a biological weapon developed in a lab.

“Readers around the world are asking us about possible cures, and possible behaviors we might take to keep from getting the virus,” Marchionni said. “We’re also debunking a fair number of comments from the president,” such as whether hydroxychloroquine and azithromycin are “game changers” in the fight against COVID-19.

Snopes got its start in 1994 as the “Urban Legends Reference Pages,” an early internet forum that mostly concerned itself with folklore and hoaxes such as whether Charlie Chaplin’s stolen remains were truly held for ransom, or whether “The Wizard of Oz” includes footage of a munchkin committing suicide.

The site never stopped tackling these kinds of questions, but over the years the rebranded "Snopes" turned into a trusted arbiter in sorting through fact and fiction on the internet. "Well, Snopes says this is false" can be a debate-ender online.

Under normal circumstances, Snopes debunks a variety of weird things, such as whether the quokka is a real animal (yes and it’s very cute) and if House Speaker Nancy Pelosi actually used $15,000 worth of pens to sign the articles of impeachment against President Donald Trump (false).

"When we have a whole bunch of people asking us a question about it, regardless of what it is, we don't judge the question," Marchionni said. "We take a look at it and try to provide answers about that thing."

These days, Snopes is consumed with a litany of COVID-19 questions. For example:

“Was Charles Lieber arrested for selling the COVID-19 coronavirus to China?” Mostly false: The Harvard chemist was arrested but it had nothing to do with COVID-19, nor was the virus “developed” or “manufactured” by anyone, anywhere.

“Did millions of canceled cellphones reveal unreported coronavirus deaths in China?” This one Snopes could only call “unproven.”

“Did President Trump refer to the coronavirus as a ‘hoax?’” True and false: Snopes ruled he did not call the virus itself a hoax and was referring to the Democrats’ response to it, but that he “muddied the waters” by downplaying the scale of the virus in the United States.

In many ways, the pandemic is an unprecedented news event. The closest equivalent for many American journalists was the 9/11 terrorist attacks, which, "for all its intricacies and profundities, didn't necessarily involve the kind of scientific and health information that is peculiar to COVID," Marchionni said.

"It has very specific scientific angles to it that make debunking it just that much more difficult, and the sheer volume of it as a global crisis is different than 9/11," she added. "In my lifetime, I don't think there's been anything like this."

And Sept. 11, 2001, predated social media - now the most prevalent medium for the spread of misinformation. "The focus [in 2001] was on email listservs and Yahoo groups, and it was still a problem to handle urban legends and conspiracy theories," Örsek said. "But given the flow of information now, it's absolutely a different challenge for everyone in this field right now."

It's especially difficult now for fact-checkers to determine the origin of misinformation to see whether something is an innocuous rumor or part of a coordinated campaign by bad actors with an agenda. That's especially the case with myths that first pop up on Chinese social media platforms, which don't share data, Örsek said.

But even Western platforms can be a challenge. A new study this week from Oxford University researchers found more than half of the debunked misinformation about COVID-19 remains on Twitter without a warning label.

“The fact-checking industry is so undervalued and underinvested,” he said, “that even with this traffic boom and the rise in prominence and responsibility at this moment when people are relying so heavily on fact-checkers for credible information, we have no hopes for scaling up our businesses.”