Juneau on track for a summer rainfall record 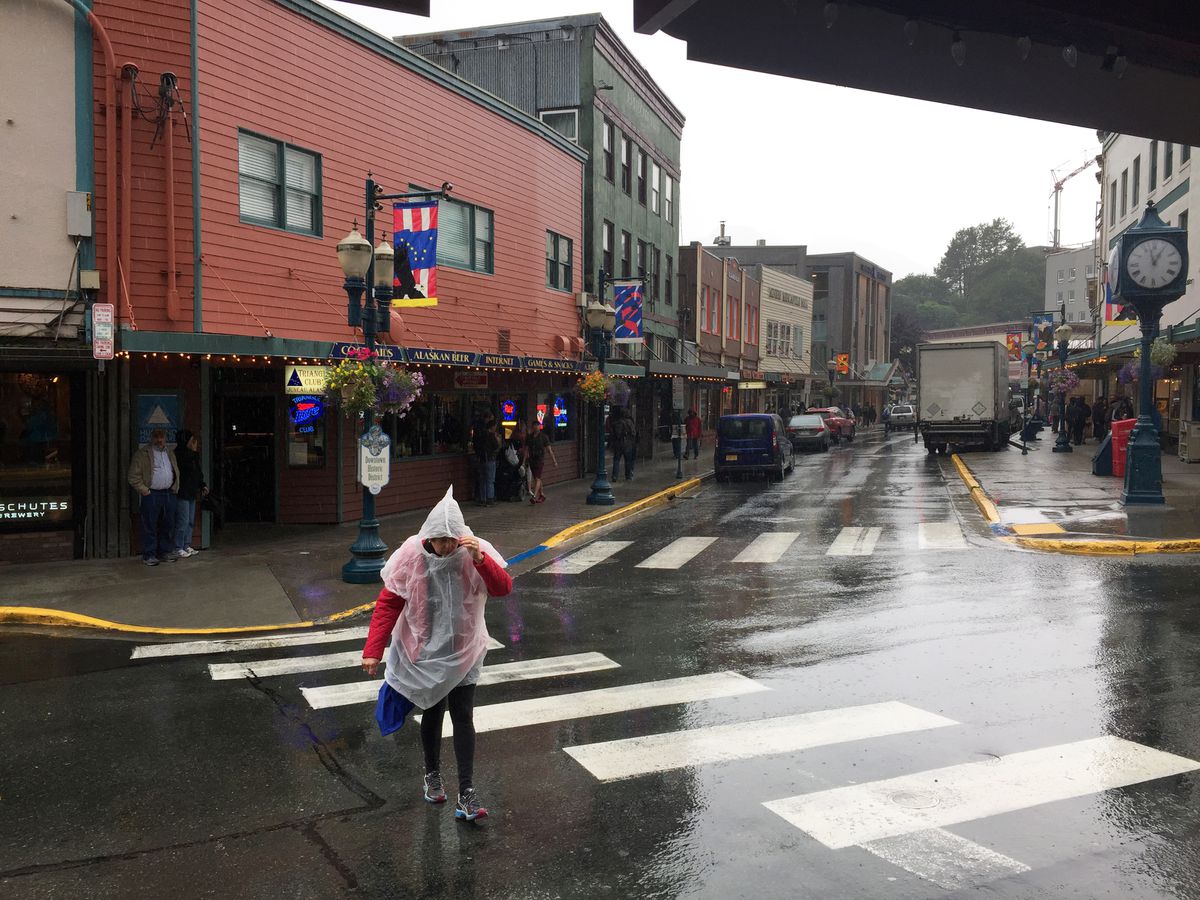 The last summer to break records was 2014, when Juneau had 14 inches of rainfall, Moore said.

Juneau is likely to break that high mark if the current weather pattern continues, Moore predicted. Over the weekend the precipitation in some areas of Southeast Alaska reached up to 3 inches.

There was 10 inches of rain during last year’s extremely dry summer, Moore said.

The Juneau area has a number of microclimates, which result in weather that can be drastically different in areas that are just a few miles apart. Downtown Juneau and Douglas received substantially more rain over the weekend than the Mendenhall Valley, Moore said.

"Douglas got about three times as much rain as the airport did," he said.

The National Weather Service is also keeping a watch on Suicide Basin, a glacial-dammed lake that fills at this time of year and eventually drains into Mendenhall Lake.