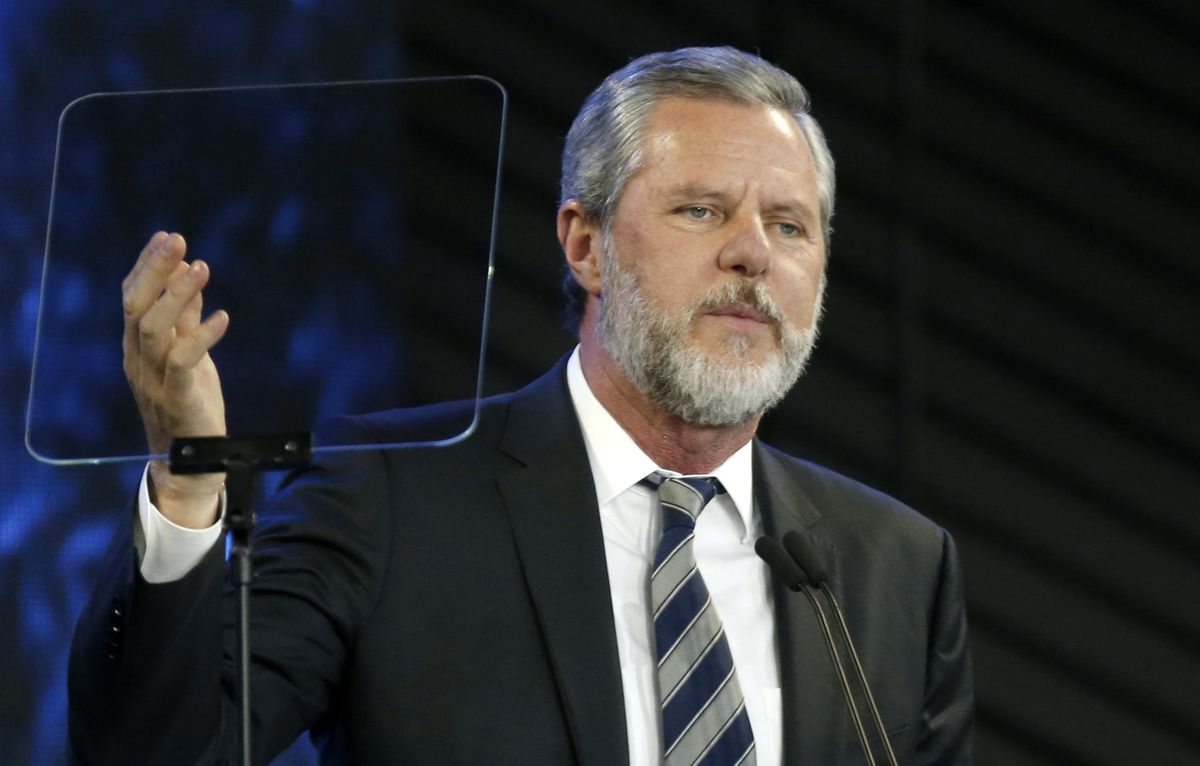 Liberty University in Virginia said Monday that it had chosen Jerry Prevo, the politically influential founder of Alaska’s most prominent Baptist church, to lead the private evangelical university, days after former president Jerry Falwell Jr. began an indefinite leave of absence after one of his posts on social media created an uproar.

Prevo, who retired last year as the senior pastor of the Anchorage Baptist Temple and is currently chairman of Liberty’s board of trustees, will assume the role of acting president immediately, Liberty said in a news release.

“Please pray for us as well as the Falwell family as we embark on our academic year and so we may continue to be united in our common purpose and our faith in Christ,” Prevo said in the news release.

The announcement immediately led to pushback from Save 71, a group of Liberty University alumni, students and faculty that has called for new leadership at the school. Prevo, the organization said on Twitter Monday, is too closely aligned with Falwell Jr. to change the university.

“Jerry Prevo is not the solution Liberty needs — he is part of the problem,” the tweet from Save 71 said. “We want Falwell to be permanently removed because of the toxic culture he is responsible for, and Prevo is one of his greatest enablers.”

A high-profile supporter and ally of President Donald Trump, Falwell has led the private evangelical university founded by his evangelist father, the late Rev. Jerry Falwell, for 13 years.

Officials from the university in Lynchburg, Virginia, announced in a one-sentence statement Friday that Falwell was taking a leave of absence. The statement didn't elaborate. But Falwell's departure came after he posted a photo showing him posing with his pants unbuttoned, stomach exposed and his arm around a young woman who was not his wife.

Falwell apologized for the photo, which he said was taken during a costume party while he was on vacation.

In the photo Falwell posted on his Instagram account, he is standing with his pants unzipped and his midriff exposed next to a woman whose pants are also unzipped and whose midriff is bared. He is holding a glass of dark-colored liquid - which drew some notice online, because Liberty strictly bans students from drinking alcohol.

"More vacation shots. Lots of good friends visited us on the yacht," read the caption on the Instagram post. "I promise that's just black water in my glass. It was a prop only."

Speaking to the Lynchburg, Va., radio station WLNI, Falwell said the woman in the photo was his "wife's assistant" - and, he said, the inspiration for undoing his pants zipper and exposing his stomach.

"She's pregnant, so she couldn't get her pants up," he said as the host chuckled. "And I had on a pair of jeans that I hadn't worn in a long time, so I couldn't get mine zipped, either. And so I just put my belly out like hers."

“She’s a sweetheart,” he added, “and I should never have put it up and embarrassed her.”

The photo, which was deleted but not before it spread widely online, sparked criticism from liberals, conservatives and evangelicals alike. Many said the behavior was unbecoming and possibly hypocritical from the leader of a university that requires its students to follow a strict code of conduct that includes no alcohol.

The announcement moves Prevo, a formidable conservative political force in Alaska and the state’s only household name preacher, further into national prominence.

Prevo, who retired last year, founded the Anchorage Baptist Temple after coming to Alaska from Signal Mountain, Tennessee in the early 1970s.

The church grew to become a sprawling powerhouse with school and broadcasting operations and an Anchorage campus featuring a 42,000 square foot auditorium. For a time, it had the largest congregation in the state.

At his 2019 retirement, an all-star array of Alaska politicians ranging from former Gov. Sarah Palin to Democratic former Sen. Mark Begich to current Gov. Mike Dunleavy sat onstage. At the event, Prevo said he’d met every U.S. president from Jimmy Carter to Donald Trump -- with the exception of Barack Obama.

“Jerry Prevo has been a great spokesman for conservative issues and for education, Biblical education, and the church here in Alaska for so many years, and he will continue that in Virginia at Liberty,” said Glenn Clary, the chairman of the Alaska Republican Party and a longtime Anchorage Baptist Temple pastoral staff member.

For the last year, Prevo has been pastor emeritus at the Anchorage Baptist Temple, now helmed by his successor, Ron Hoffman.

This summer, Hoffman promised to examine the church and Anchorage Christian Schools culture after dozens of former students came forward about experiencing racism while attending the school and church.

Prevo, who had been chairman of the Liberty board of trustees until assuming the interim president role, said in a statement last week that Liberty has experienced “unprecedented success” academically and financially under Falwell’s leadership.

“Unfortunately, with this success and the burdens of leading a large and growing organization comes substantial pressure,” his statement said.

Falwell has not responded to a text message from The Associated Press seeking comment. The AP was unable to leave a telephone message.

Liberty alumni who have been critical of Falwell and increasingly vocal about wanting new leadership, stepped up their organizing in the days after his leave of absence was announced. Four alumni on Monday unveiled a new nonprofit called “Save 71,” a reference to the year of Liberty’s founding, designed to mobilize alumni, students and faculty behind reform at the university.

Liberty “needs to repent of its sins before seeking redemption,” the group posted on its website, urging the board to name an independent committee to seek a longer-term replacement for Falwell. “The Board of Trustees must acknowledge the damage President Falwell has done to Liberty and the hypocrisy and corruption that has soaked into parts of its culture.”

Dustin Wahl, a 2018 graduate who is a co-founder of the group, said they hope the board will appoint an independent group of people from Liberty to help in the selection of a new president.”

“Jerry Prevo is not in touch with the situation at Liberty,” he said in a text message Monday, The Washington Post reported. “This is not a comforting sign, as it appears that the Board does not have interest in turning the page on the years of Falwell’s amoral and catastrophic leadership.”

Jerry Prevo could not be reached for comment Monday.

Falwell was among the earliest Christian conservatives to endorse Trump’s first presidential campaign and has routinely been in the spotlight since then for a series of controversies in both his role at Liberty and his personal life.

Falwell has most recently faced pushback for the university’s decision to welcome students back to campus amid the coronavirus pandemic, as well as for a social media post invoking the blackface scandal that Virginia’s Democratic governor faced last year. Liberty said in June that it is planning “to be fully open with in-person instruction for on-campus students” in the fall, while adhering to public health guidelines and allowing students to finish the semester online after November.

This story was reported by the Associated Press, The Washington Post and Anchorage Daily News reporter Michelle Theriault Boots