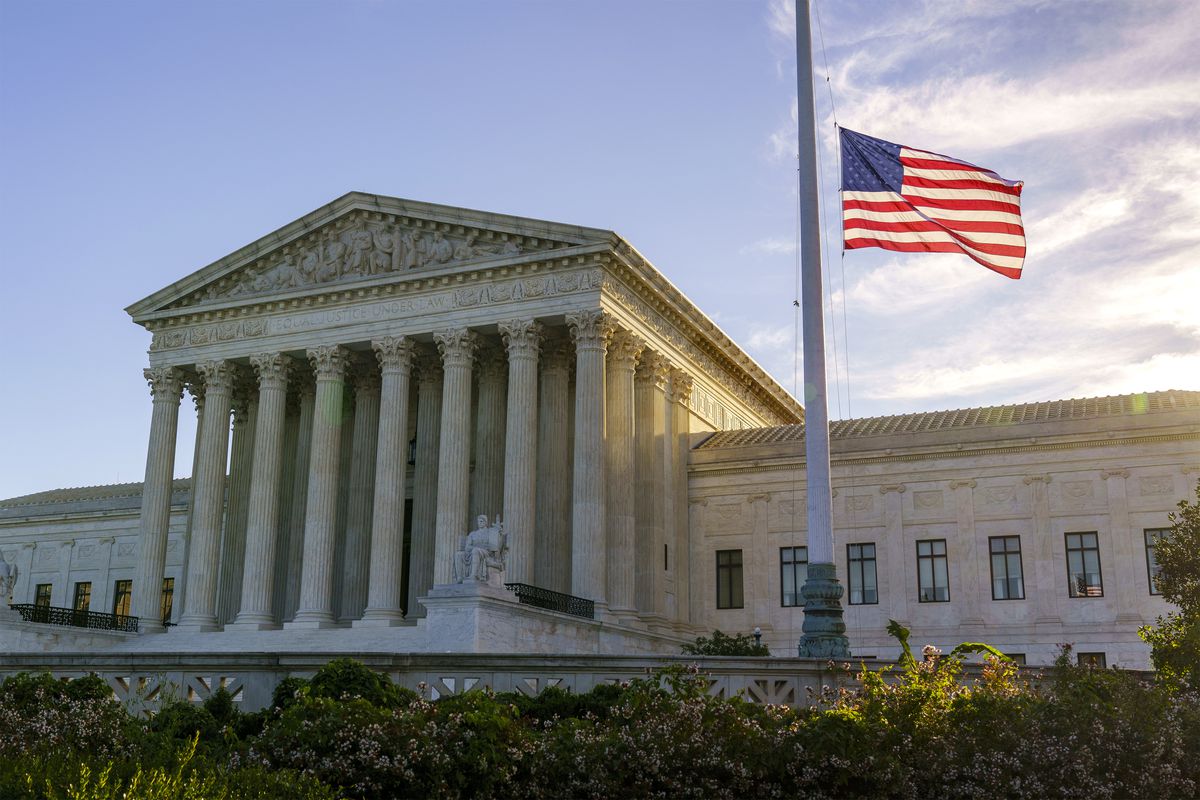 The flag flies at half-staff at the Supreme Court on the morning after the death of Justice Ruth Bader Ginsburg, 87, Saturday, Sept. 19, 2020 in Washington. (AP Photo/J. Scott Applewhite)

The flag flies at half-staff at the Supreme Court on the morning after the death of Justice Ruth Bader Ginsburg, 87, Saturday, Sept. 19, 2020 in Washington. (AP Photo/J. Scott Applewhite)

WASHINGTON - Supreme Court Justice Ruth Bader Ginsburg’s death on Friday rocked what has already been a chaotic political year. There are plenty of big questions to sort out. Among them: Will Republicans have the votes to force through a nominee, given they took a principled stand in 2016 against confirming justices in presidential election years? Beyond that, if and when they do move forward with a nominee, do they do it before the election - with possibly negative consequences for their difficult quest to hold the Senate - or do they wait until the lame-duck session, when they notably might have a smaller margin for error and less time?

Those are the immediate questions the White House and Senate Republicans are confronting, but one thing is certain: They will do anything they can to install a new justice. The stakes are just too high, with a possible 6-to-3 conservative majority on the nation’s top court.

So, who might that nominee be, whenever the time comes? Here is a look at the possibilities.

Given President Donald Trump has already filled two vacancies - and has released lists of potential nominees both in 2016 and earlier in September - we have a very good idea as to who is in play. That starts with the finalists who weren’t picked.

In 2018, when Brett Kavanaugh was the pick, the finalists were a little less clear. But his top competitors were thought to be Hardiman and two other federal judges: Raymond Kethledge and Amy Coney Barrett.

The fact that Hardiman was in play both times would suggest he might be again. But given the finalists shifted so much from 2017 to 2018, it is possible that will be the case again. It also seems more likely the 2018 finalists would be in play today, given many of the 2017 finalists did not make the cut in 2018.

Hardiman is 55 years old, while Kethledge is 53.

Which brings us to Barrett. She was clearly the favorite of the early parlor games Friday night, and the Post’s Seung Min Kim reports that Trump told Mitch McConnell that he likes Barrett and the next judge on our list, Barbara Lagoa.

Barrett is getting buzz for good reason: She’s a conservative favorite and would allow Republicans to replace Ginsburg with another woman - after Trump previously replaced two White men with other White men. While other women were considered before, most notably Sykes in 2017 and Michigan federal judge Joan Larsen in 2018, neither of them got as far or got as much attention as did Barrett.

I wrote in 2018 that Barrett made the most sense for the nomination that went to Kavanaugh, and many of the reasons hold up today. One was her youth (she’s now 48 years old, meaning she could serve on the court for decades). Another was her reputation and telegenic style, along with a family of seven children that could flank her at confirmation hearings.

But maybe the X-Factor with her is this: the feelings she might engender on the left. When Barrett was first confirmed to the federal court in 2017, her past comments about the role of religion in her life and the law drew derision from some top Democrats. Barrett had told Notre Dame graduates in 2006 that “your legal career is but a means to an end, and . . . that end is building the kingdom of God.”

Sen. Bernie Sanders, I-Vt., at the time took issue with Barrett’s comments on Christianity and Islam. Sen. Dianne Feinstein, D-Calif., told her “the dogma lives loudly within you, and that’s of concern.” Sens. Dick Durbin, D-Ill., and Mazie Hirono, D-Hawaii, had concerns as well.

Trump loves stoking culture wars, and what better way to create one for his all-important evangelical Christian base than tempt Democrats to make an issue of Barrett’s religiosity? Of course, Barrett might also be more difficult to confirm if she turns out to be divisive. Senate Majority Leader Mitch McConnell, R-Ky., in 2018 notably told the White House that other picks would be more easily confirmed.

Republicans have a 53-to-47 majority in the Senate, meaning they can lose three votes. That could be down to 52-to-48 in late November, if appointed Sen. Martha McSally, R-Ariz., loses, meaning they’d have two votes to spare. And given the short timetable and the possibility of a Democratic majority come January, there is a huge premium on getting someone easily confirmed, with no hiccups or hitches along the way. Imagine if a Kavanaugh-like situation happened today, with even less time to sort through it? That could make Barrett a less-likely pick.

Lagoa, 52, was the first Cuban American woman to serve on the Florida state Supreme Court before becoming a federal judge in 2019. She was confirmed by an overwhelming 80-15 margin, which nobody on this list has matched in this increasingly polarized judicial confirmation process. She’d also diversify the court, something others on this Fix list - but relatively few on Trump’s overall lists - would do.

Picking a Hispanic woman from all-important Florida could be attractive to Trump ahead of the 2020 election, and based on his reported preferences, she’s very much a contender.

One woman who has not been as much in the mix before but could be this time is Grant, a 42-year-old federal circuit judge and former Georgia state Supreme Court justice and solicitor general. She was confirmed in 2018 on a mostly party-line vote, with Sen. Joe Manchin, D-W.Va., voting with Republicans.

Grant is close with Kavanaugh, having served as a clerk for him

Larsen, 51, was something of a dark horse for the nomination that went to Kavanaugh, though it is not entirely clear how far she got. A former Michigan state Supreme Court justice, she became an appeals court judge in 2017 by a wide margin: 60-38. Given others on this list were previously confirmed by smaller margins, that would seem to be an asset for her.

Yet another former state Supreme Court justice, in Colorado, Eid succeeded Gorsuch in his federal appeals court seat in 2017. At 55, she is a former clerk for Justice Clarence Thomas and former Colorado solicitor general.

Thapar, 51, would also provide some diversity, as potentially the first Indian American justice, and he has been in the mix before, as noted above. He is also close to McConnell, though that doesn’t appear to have kept him among the finalists in 2018.

Trump’s most recent list included a few GOP senators: Tom Cotton, R-Ark., Ted Cruz, R-Texas, Josh Hawley, R-Mo., and Mike Lee, R-Utah. But Cruz and Hawley, who seem to have eyes on a different prize - the White House - have said they are not interested. Cotton is also thought to be a potential presidential candidate, but did not rule out accepting a nomination.

Lee, whose brother, Utah Supreme Court Justice Thomas Lee, is also on the list, would seem to be a more likely pick than the other three.