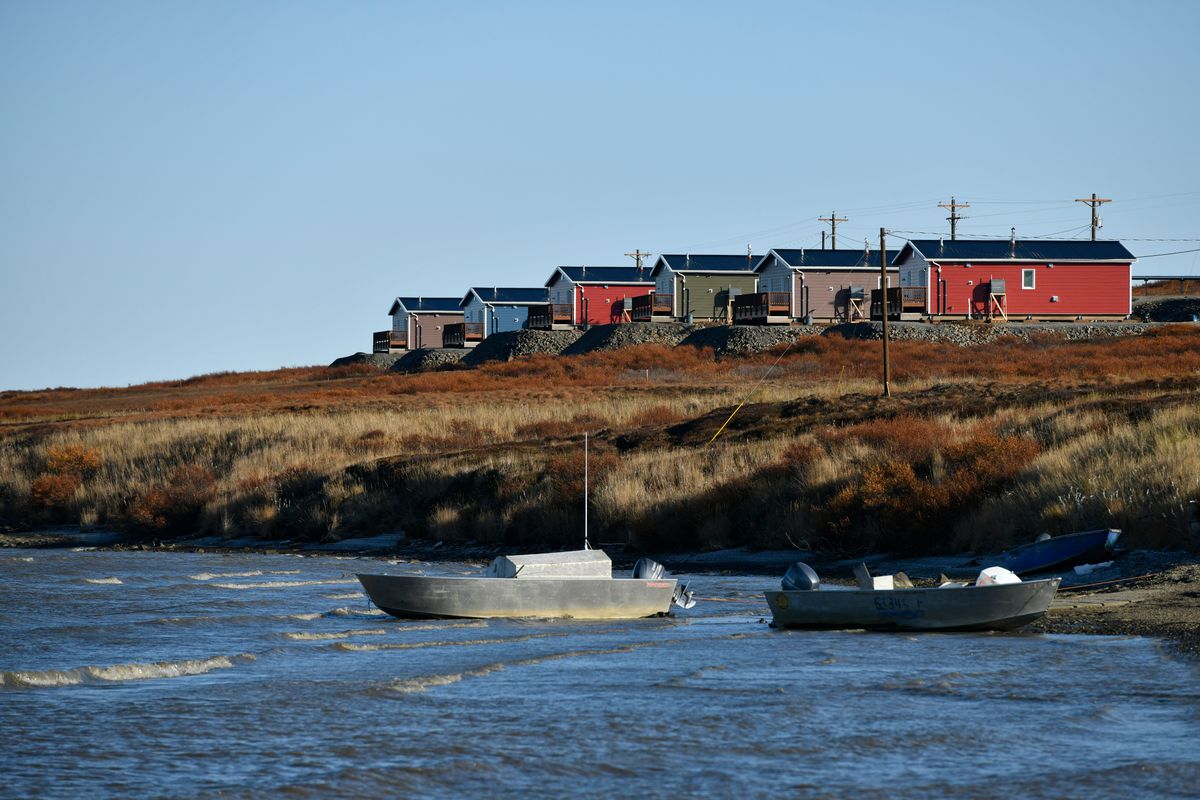 BETHEL — A mistake by the Alaska Division of Elections prevented residents of a Southwest village from voting in the August primary, officials said.

The elections division said its personnel were unaware anyone was living in Mertarvik until a week before the Aug. 18 election, KYUK-AM reported Wednesday.

A delay in shipping then prevented absentee ballots from reaching Mertarvik on time.

About 130 people have lived in Mertarvik for the past year after relocating from nearby Newtok due to riverbank erosion and melting permafrost that have endangered the village’s buildings.

Additionally, the remaining residents of Newtok did not receive supplies for their election, resulting in only 17 people voting in the primary.

Two weeks before the primary, one Newtok voting official quit and the elections division was unable to contact the second official. New officials were hired by Aug. 11.

In an email to The Associated Press Thursday, Fenumiai said the division and Lt. Gov. Kevin Meyer, who oversees elections in Alaska, sent a letter to registered voters in the area on Aug. 4 — two weeks before the primary — saying the division did not have workers and asking for help finding election workers. She said the letter also stated “that as of the date of the letter their only voting option would be to apply to receive a ballot by mail and included an application with each letter.”

Aug. 8 was the deadline for the division to receive absentee by-mail ballot applications ahead of the primary.

While communicating with Newtok, the elections division learned for the first time there were people living in Mertarvik, Fenumiai said.

Newtok Tribal Administrator Andrew John said the elections division should have known the status of the Mertarvik relocation project.

“It’s no secret that departments within the state of Alaska don’t communicate effectively,” John said.

Newtok has worked closely with the state commerce department on the move to Mertarvik, John said.

The state commerce department’s community database on Wednesday listed a population of zero for Mertarvik and designated Mertarvik as “the future site for the village of Newtok.”

The elections division planned to send one of the Newtok voting officials to Mertarvik to ensure the new village had absentee ballots. The division’s regional office in Nome sent the ballots and supplies to Newtok via priority shipping, but John said “those materials never came.”

Fenumiai said state law allows sample ballots to be used when official ballots are not available. Newtok voting official Martha Simon printed sample ballots that had been faxed and provided residents the opportunity for in-person voting.

Fenumiai confirmed 17 Newtok residents voted in the primary, but Mertarvik resident Lisa Charles said she missed an opportunity to have her voice heard.

“I was sort of mad because I wanted to vote,” Charles said.