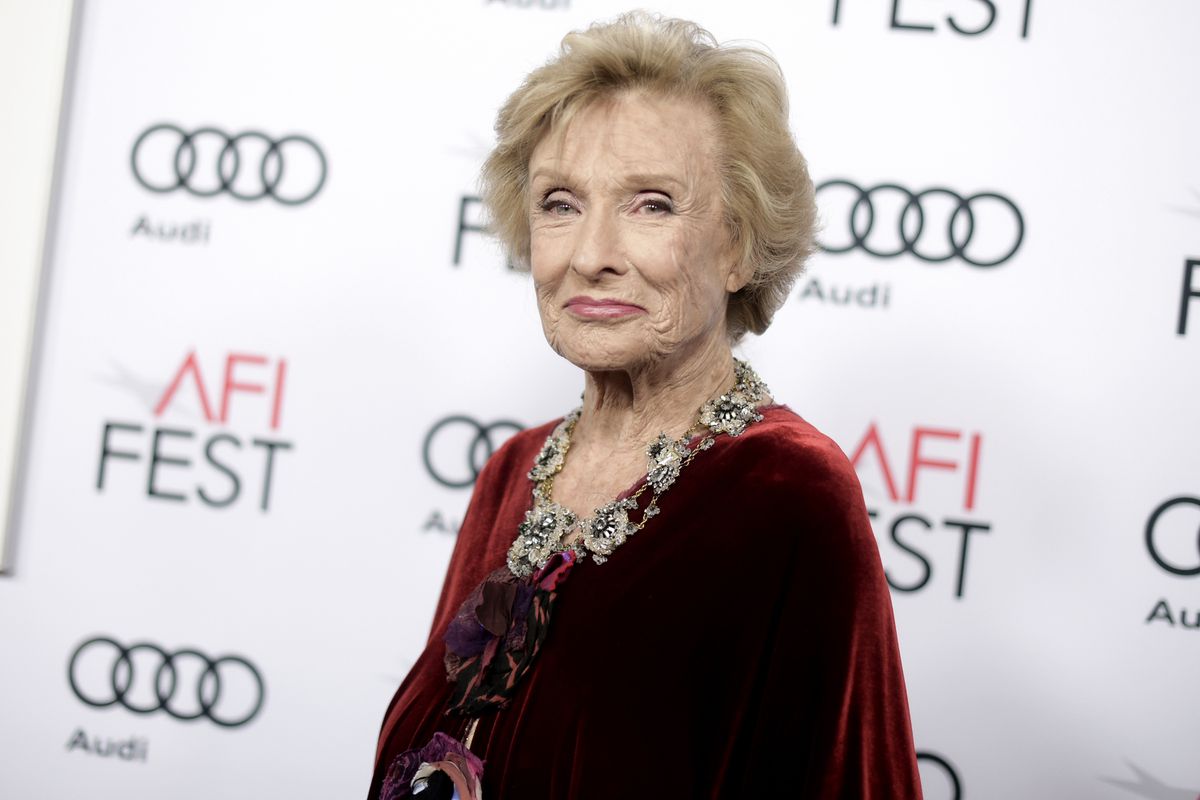 Cloris Leachman attends the premiere of "The Comedian" during the 2016 AFI Fest on Nov. 11, 2016, in Los Angeles. (Photo by Richard Shotwell/Invision/AP, File)

Cloris Leachman attends the premiere of "The Comedian" during the 2016 AFI Fest on Nov. 11, 2016, in Los Angeles. (Photo by Richard Shotwell/Invision/AP, File)

LOS ANGELES — Cloris Leachman, an Oscar winner for her portrayal of a lonely housewife in “The Last Picture Show” and a comedic delight as the fearsome Frau Blücher in “Young Frankenstein” and self-absorbed neighbor Phyllis on “The Mary Tyler Moore Show,” has died. She was 94.

Leachman died in her sleep of natural causes at her home in Encinitas, California, publicist Monique Moss said Wednesday. Her daughter Dinah Englund was at her side, Moss said.

A character actor of extraordinary range, Leachman defied typecasting. In her early television career, she appeared as Timmy’s mother on the “Lassie” series. She played a frontier prostitute in “Butch Cassidy and the Sundance Kid,” a crime spree family member in “Crazy Mama,” and Blücher in Mel Brooks’ “Young Frankenstein,” in which the very mention of her name drew equine commentary.

Salutes from other admiring colleagues poured in on social media. Steve Martin said Leachman “brought comedy’s mysteries to the big and small screen”; “Nothing I could say would top the enormity of my love for you,” posted Ed Asner of “The Mary Tyler Moore Show”; “Applause on every entrance and exit,” said Rosie O’Donnell.

“There was no one like Cloris. With a single look she had the ability to break your heart or make you laugh ‘till the tears ran down your face,” Juliet Green, her longtime manager, said in a statement.

In 1989 she toured in “Grandma Moses,” a play in which she aged from 45 to 101. For three years in the 1990s she appeared in major cities as the captain’s wife in the revival of “Show Boat.” In the 1993 movie version of “The Beverly Hillbillies,” she assumed the Irene Ryan role as Granny Clampett.

She also had an occasional role as Ida on “Malcolm in the Middle,” winning Emmys in 2002 and 2006 for that show. Her Emmy haul over the years totaled eight in all, including a trophy for Moore’s sitcom.

In 2008, she joined the ranks of contestants in “Dancing With the Stars,” not lasting long in the competition but pleasing the crowds with her sparkly dance costumes, sitting in judges’ laps and cussing during the live broadcast.

Although she started out as Miss Chicago in the Miss America Pageant, Leachman willingly accepted unglamorous screen roles.

“Basically I don’t care how I look, ugly or beautiful,” she told an interviewer in 1973. “I don’t think that’s what beauty is. On a single day, any of us is ugly or beautiful. I’m heartbroken I can’t be the witch in ‘The Wizard of Oz.’ But I’d also like to be the good witch. Phyllis combines them both.

“I’m kind of like that in life. I’m magic, and I believe in magic. There’s supposed to be a point in life when you aren’t supposed to stay believing that. I haven’t reached it yet.”

During the 1950s, Leachman became busy in live TV drama, demonstrating her versatility, including in roles that represented casting standards of that era.

“One week I’d be on as a Chinese girl, the next as a blond cockney and weeks later as a dark-haired someone else,” she recalled. In 1955, she made her film debut in a hard-boiled Mickey Spillane saga, “Kiss Me Deadly” — “I was the naked blonde that Mike Hammer picked up on that dark highway.”

She followed with Rod Serling’s court-martial drama, “The Rack” and a season on “Lassie.” She continued in supporting roles on Broadway and in movies, then achieved her triumph with Peter Bogdanovich’s “The Last Picture Show,” based on the Larry McMurtry novel.

When Leachman received the Oscar as best supporting actress of 1971, she delivered a rambling speech in which she thanked her piano and dancing teachers and concluded: “This is for Buck Leachman, who paid the bills.” Her father ran a lumber mill.

Despite her photogenic looks, she continued to be cast in character parts. Her most indelible role was Phyllis Lindstrom on “The Mary Tyler Moore Show.”

Phyllis often visited Mary’s apartment, bringing laments about her husband Lars and caustic remarks about Mary and especially about her adversary, another tenant, Rhoda Morgenstern (Valerie Harper). Phyllis was so unexpectedly engaging that Leachman starred in a spinoff series of her own, “Phyllis,” which ran on CBS from 1975 to 1977.

With “Young Frankenstein,” Leachman became a member of “the Mel Brooks stock company,” also appearing in “High Anxiety” and “History of the World, Part I.” Her other films included Bogdanovich’s “Daisy Miller,” and “Texasville,” repeating her role in “The Last Picture Show.” In 2009, she released her autobiography, “Cloris,” which made tabloid headlines for her recounting of a “wild” one-night stand with Gene Hackman.

Cloris Leachman grew up on the outskirts of Des Moines, Iowa, where she was born in 1926. The large family lived in an isolated wooden house with no running water, but the mother had ambitious ideas for her children. Cloris took piano lessons at the age of 5; since the family could not afford a piano, she practiced on a cardboard drawing of the keys.

“I’m going to be a concert pianist,” the girl announced, and her mother encouraged her with bookings at churches and civic clubs. Her mother arranged for Cloris to ride on a coal truck to Des Moines for an audition for a Drake University student play. She was given the role and appeared in other plays at a local theater. After high school, she won a scholarship to study drama at Northwestern University.

Admittedly a poor student, Leachman lasted only a year. As a lark while in the Chicago area, she tried out for a Miss Chicago beauty contest and was chosen. She competed in the 1946 Miss America pageant in Atlantic City, qualifying as a finalist. Her consolation prize: a $1,000 talent scholarship.

With new ambition, she went directly to New York, where she worked as an extra in a movie and understudied Nina Foch in the hit play “John Loves Mary.”

More understudy jobs followed, and she enrolled at the Actors Studio to hone her craft. “I finally quit because of the smoking,” she said later. “I couldn’t stand that blue haze.”

In 1953, Leachman married George Englund, later a film director and producer, and they had five children: Adam, Bryan, George, Morgan and Dinah. The couple divorced in 1979. Son Bryan Englund was founded dead in 1986 at age 30.