Why the Rev. Jerry Prevo fought LGBT rights for 40 years 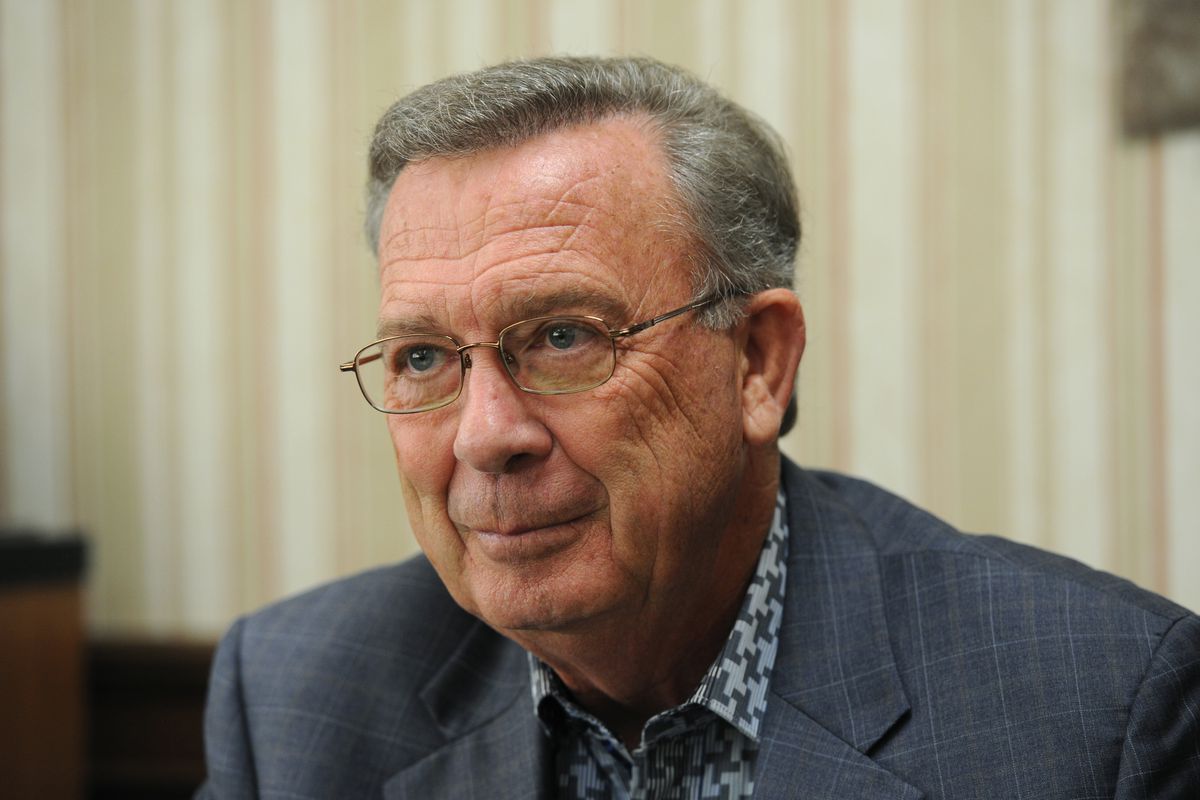 The Rev. Jerry Prevo has been the pastor of Anchorage Baptist Temple since 1971. He was photographed on Monday afternoon, July 18, 2016, at the church offices. (Erik Hill / Alaska Dispatch News)

The Rev. Jerry Prevo has been the pastor of Anchorage Baptist Temple since 1971. He was photographed on Monday afternoon, July 18, 2016, at the church offices. (Erik Hill / Alaska Dispatch News)

Childhood tragedy and the fear of damnation helped shape the spiritual life of Dr. Jerry Prevo long before he transformed Alaska politics with fundamentalist Christian social values in the 1980s.

Anchorage began a bitter and sometimes violent battle over LGBT rights when our unified government was being formed in January, 1976; Prevo started that fight. Then, in 1980, his Moral Majority group took over the Alaska Republican Party. He met every U.S. president from Carter to George W. Bush.

As a teenager, I saw Prevo destroy the political career of mayoral candidate Dave Rose, our family friend, with false insinuations he was gay. Someone shot up a gay community center, and gays were assaulted.

Bullets also tore through a Bible study class at Prevo's church. I knew the kids at school who blew up the Anchorage Baptist Temple sign in the late '70s (the crime was never solved). My talent-show punk-rock band had a protest song about Prevo.

And last week, I got to talk to Prevo, to learn his point of view.

In this series of three columns, I'm trying to understand the spiritual inspiration behind a set of three Christian leaders, men from traditional churches that are losing membership but remain key poles in our community's moral and ethical debates. The last column was about a Lutheran social justice leader; the next is about a Catholic seminarian.

Prevo agreed that society has left him behind. His words haven't changed but the boundaries of social acceptability have migrated to include LGBT lifestyles and exclude his condemnation of them. He has no intention of altering his preaching. In his mind, it's simple.

"The Bible very definitely says that it's wrong, and it's my job to tell the people what God says," he said.

Prevo grew up in a small town in Tennessee next to a Baptist church. His mother was a Christian but his father was not a believer. When refusing to go to church, Prevo's father joked they would need him to shovel coal in hell. Today, Prevo is afraid his father — a great father — probably is in hell.

"At the age of 10, just prior to a vacation Bible school, there was a car wreck right in front of my house, and I was the first one there," Prevo said. "The family had been down to the lake swimming, and they had had a head-on crash, and one of the girls about my age was thrown through the windshield, she was lying on the bank, her stomach was slit, she was breathing, but the blood was gushing out.

"I said, boy, if that had been me, I wouldn't have gone to heaven. I would have gone to hell. Because I knew what I needed to do to be saved but I was not willing to give my life to Christ. So I went to vacation Bible school the next week, and there accepted Jesus Christ as my savior."

Prevo's father left his mother. He didn't attend Prevo's church wedding to his wife, Carol, but supported the couple financially when they bought a trailer. He also gave them a new car — something he never bought for himself.

His father never knew about Prevo's extraordinary success in Anchorage. In 1975, as Prevo was building the huge temple on Northern Lights Boulevard, he sent a Father's Day letter with thanks for all the help. The letter was open on the kitchen table, Prevo said, when his father was discovered, having hanged himself.

Prevo thinks of that event when he preaches, remembering those few occasions when his father came to church.

"I get accused every once in a while of not being too deep in Bible teaching, because I emphasize getting saved," he said. "But I tell my folks, listen, I don't know when some little boy or girl has finally got their mom or dad to come, and they're hoping the preacher will emphasize salvation."

Children bringing their parents was a key to Anchorage Baptist Temple's explosive growth into Alaska's first megachurch. Prevo began the strategy when he arrived in 1971, as pastor of a church on DeBarr Road, sending school buses around the city to pick up children who would then draw in their parents.

The buses still bring 300 to 400 kids a week, he said. He puts the children on the church's TV station so their parents will watch the service.

But the operation used to be much bigger. At one time, large groups of conservative politicians would go to Prevo's church to curry favor, seeking an endorsement and the votes of the thousands who attended each Sunday. Prevo could mobilize huge crowds on social issues.

Now, the fight against LGBT rights has retreated to defending Christian conservatives' ability to discriminate for reasons of conscience. Leadership has moved from Prevo to Jim Minnery, director of the Alaska Family Council.

Prevo supports Minnery's work but Minnery criticized him in an interview with the Anchorage Press.

"I don't have patience for radicals," Minnery said. "Dr. Prevo, we have different strategies."

I showed Prevo the quote.

"What he's saying is I need to change my approach," he said. "Jim has tried to change his approach but he hasn't been successful in that. I think Jim Minnery is still considered to be a radical, but maybe not as radical as me."

Prevo won for 40 years. He still operates a huge church and school, TV and radio stations. He does relief work internationally and in rural Alaska through Samaritan's Purse, a charitable organization run by Franklin Graham, son of evangelist Billy Graham. He never intends to retire.

But Prevo's day has passed. Megachurches rise and fall with their charismatic leaders and the fashion of the times. Attendance is down. The dated buildings of his huge campus reflect the era when it was growing.

People will always fear death, but maybe, in today's more diverse and progressive Anchorage, not in the way that brought them to Prevo's side to fight against social change.