Alaska professional theater is thriving against the odds 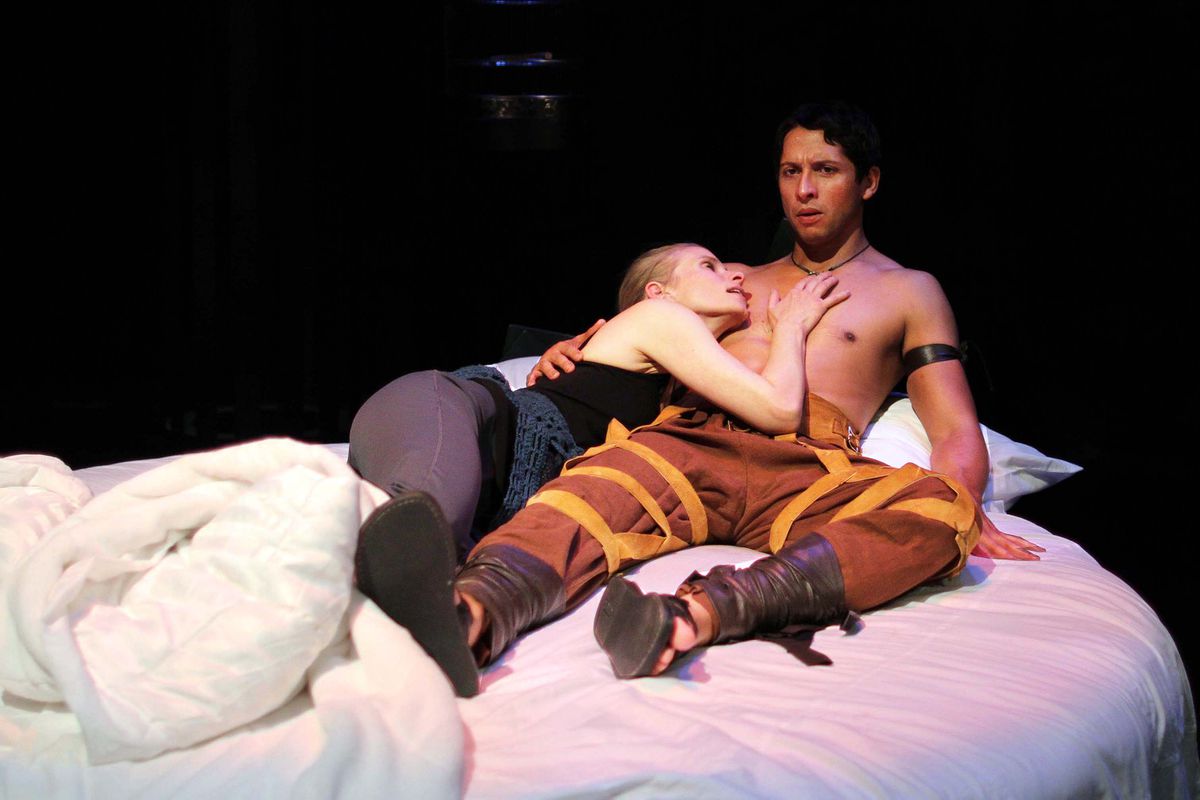 Perseverance Theatre is growing rapidly amid Alaska's season of austerity and decline, adding jobs for actors, directors and playwrights in Anchorage while oil, government and the donor class are shrinking.

Anchorage had a fully professional theater company once before, the big and flashy Alaska Repertory Theater, but it collapsed when oil prices crashed in the 1980s. Perseverance started on a homegrown scale in Juneau in 1979, and persevered through the down years, becoming a strongly rooted tree that now has colonized here.

I've enjoyed the plays the company has brought to Anchorage over the last five years or so (and I walked out on a stinker), but I wondered how long it could last. My doubts were based on experience. Our cultural life has depended so long on the price of West Texas Intermediate crude I assumed these productions must be ephemeral blossoms from the pen of some talented grant writer.

Now that Perseverance is growing stronger and putting down Anchorage roots, I decided to go backstage and learn how it is building success. The situation is extraordinary. The organization is paying artists living wages to create cutting-edge work that represents and expands Alaska's true culture — not the bears and beards of reality TV, but something authentic that matters and deserves respect.

The backstage wasn't at all like the chaotic scenes from "Birdman," the Oscar's Best Picture of 2014 starring actor Michael Keaton about putting on a Broadway play. Nor did I sense the energy and excitement I have felt before amateur or school productions, with the unspoken questions hanging in the air, "Can we do it?" and "What will happen on opening night?"

The prevailing mood was cool confidence backstage at "Not Medea," Perseverance's premiere production of a new play exploring the Greek classic. As on any well-run job site, actors and crew spoke in calm voices, worked to a long-established plan, and relied on their colleagues' skill.

The show opened for a two-week run Friday. Work onstage in Anchorage began on Tuesday, as tech crews, actors and the director adapted the Juneau production to the Sydney Laurence Theatre at the Alaska Center for the Performing Arts.

"My job is to make sure that happens on time and on budget," Brooks said.

He speaks with a slight Southern accent. He arrived in Alaska three years ago from a career in Atlanta producing big-time popular music shows, acts like U2 and Dickie Betts of the Allman Brothers Band, work he began as a teenager before getting a theater degree.

He has come to Anchorage with each Perseverance show, but the company hopes eventually to have someone like him on staff here. It already has two full-time staffers in an office on Spenard Road, manager Joshua Lowman and playwright Vera Starbard, whose three-year contract calls for writing three plays — her position is funded by a grant.

Lowman helps bring in plays from Juneau and manages other work that starts here in Anchorage, such as supporting readings for Alaska playwrights. Perseverance pays union scale, as actors and directors would receive in New York City, but Lowman said about two-thirds of the people the company hires are from here.

"It is very hard not to just love the fact I have this job," he said. "I know I'm in a position a lot of people would like to be in. I have a job in professional theater."

Lowman grew up in Los Angeles and began working as an actor at six months of age. His best earning years were before he turned 13, performing in national TV commercials for products like Levi's, McDonald's, Jell-O and Tab. As an adult, he became a banker, but eagerly came back to the arts when Perseverance arrived in Anchorage.

The company developed the strategy to expand permanently here during its 30th anniversary seven years ago. Perseverance had as much support from the Juneau community as it could ever hope for—in a town of 32,000, up to 5,000 theater seats were filled in a season. For sustainability and growth, it needed a larger market of theatergoers and financial supporters, said Art Rotch, artistic and executive director.

The expansion has moved faster and with quicker success than the business plan envisioned, Rotch said. Phase 1 is complete, with the ability in place to stage a full season of six plays here. Phase 2 is to earn the kind of devotion Juneau gives, with more sold-out audiences, longer runs and more donations. Rotch's goal is to run a budget with 50 percent to 75 percent of revenue from earned income.

The flattening economy hasn't hurt Perseverance yet, Rotch said, and its broadly diversified sources of funding give him confidence for the future.

He has lived in Juneau since 2008, but still keeps a home in New York. His wife is a theater professional both places. As opening night approached, Rotch was adapting the lighting design for "Not Medea" to the Anchorage stage.

An intensely emotional run-through concluded Thursday evening and, with that weird way actors do, everyone took a short break and returned to hear notes from Director Tom Robenolt with as little affect as if they had been filling out paperwork rather than shouting and fighting.

He told them, "There's a lot that's grown since the Juneau run, since the first week. It's really full."

Robenolt, a full-time staffer who also handles casting and education programs for Perseverance, said four weeks in front of audiences in Juneau allowed actors to understand their characters deeply before taking the stage in Anchorage.

The dinner break had arrived and cast members and the crew headed out to celebrate over steak before their first performance, a preview that evening. Like sap entering the veins of a plant, the weekend economy of downtown Anchorage was coming to life.