Demboski: No bigotry in questions about Muslims of America 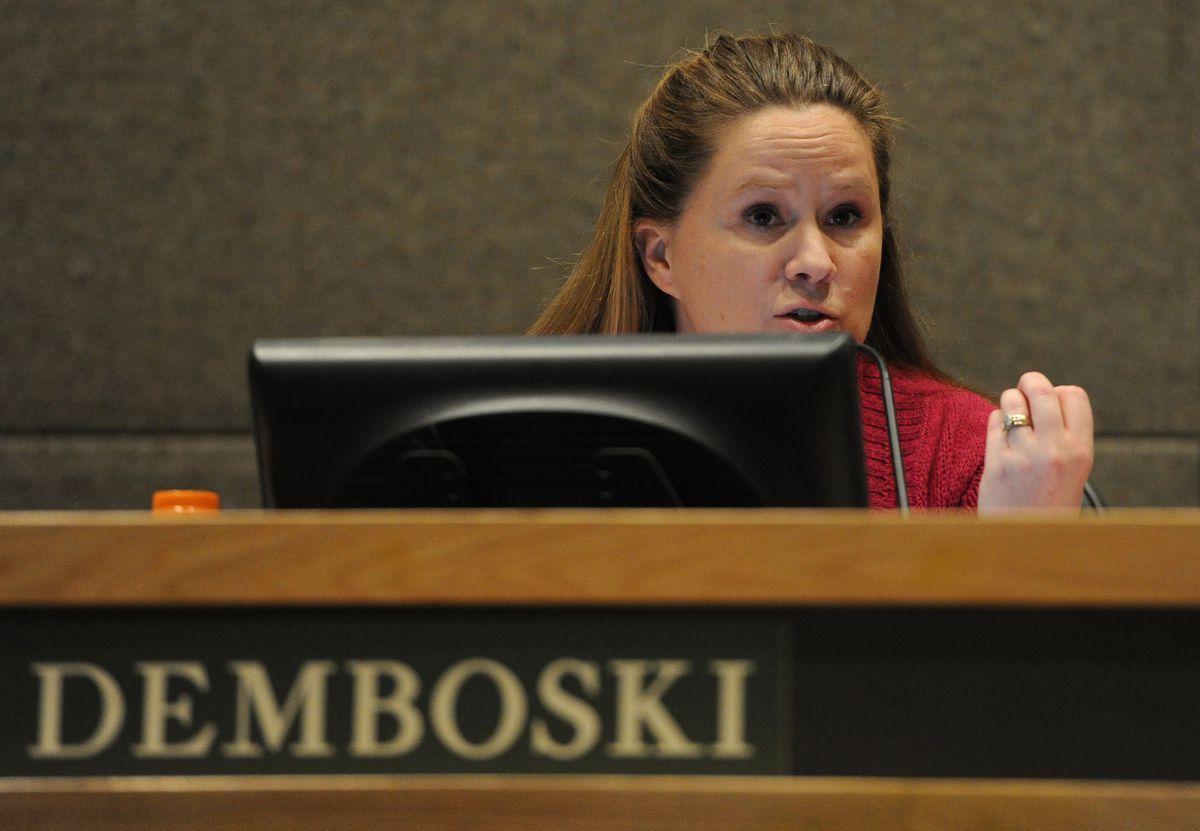 Assemblywoman Amy Demboski speaks directly to Gregory and Maleika Jones after they addressed the Anchorage Assembly on Tuesday about comments Demboski made about them. (Bill Roth / Alaska Dispatch News)

Assemblywoman Amy Demboski speaks directly to Gregory and Maleika Jones after they addressed the Anchorage Assembly on Tuesday about comments Demboski made about them. (Bill Roth / Alaska Dispatch News)

A media circus was stirred up by a liberal blogger, and I'd like to describe the events that really occurred and give readers some context.

I host a daily radio program on KVNT (1020 AM/92.5 FM) where we discuss community, state and national issues in a forum that welcomes all.

During recent Alaska legislative races, I hosted candidates from all political points of view. I thought it was important to give everyone an opportunity to express their views and ideas and give voters a chance to weigh each candidate and determine for themselves who was the best.

[After a Facebook post by an elected official, an Alaska Muslim finds he has to explain his faith]

This is how I met a candidate from the Mat-Su who was featured in a national article focusing on his association with a group called Muslims of America, formerly Jamaat ul-Fuqra.

I asked the candidate about the national article associating him with the group; he thanked me for the question and even fielded a caller question on this very issue. I later learned that Jamaat ul-Fuqra had been mentioned in a 2007 report by the FBI Threat Task Force 2007 – Counterterrorism; the report states that Muslims of America (MOA) "is a North American international radical fundamentalist group." The FBI report highlights bombings, attempted bombings and murders connected to members of the group, and further states that "the leadership of the MOA extols membership to pursue a policy of jihad or holy war against individuals or groups it considers enemies of Islam which includes the U.S. Government."

I believe that every candidate running for office would like the opportunity to share their positions on all issues, whether it is group affiliations, tax policy, spending priorities or social issues.

I talked with the candidate; he answered questions from me and callers, and we had a great conversation. He seemed like a nice guy, and I even plugged his website so people could find out more information about his candidacy.

Fast forward to last week. Fox News nationally shared a story about the leader of Muslims of America, Pakistani Sheikh Muburak Gilani, calling on his supporters to arm themselves in anticipation of Donald Trump being elected president.

The Fox News segment showed a map of the country that included places where a guest claimed there are "compounds." Alaska was highlighted as a state with a compound.

As radio hosts do, I commented on the story. I questioned why the national media covers this group but local media has not. I mentioned that we were the only ones who had asked a recent candidate about his affiliation with this group, and I even remarked that I thought he was a nice guy.

The focus of my FB post was why, as Alaskans, do we hear about this group Muslims of America on national news, but locally we've not heard it mentioned? It's a fair question.

How did we get from that to the media, and some on the left, saying I called someone a terrorist, or said they lived in a compound?

I don't know how the leap was made by the ultra-left blogger John Aronno. He twisted my focus and alleged I targeted this Alaska Muslim man from Wasilla.

I assure you this simply didn't happen. Did the man, who was a candidate for state House, acknowledge on my show he is a member of Muslims of America? Yes. Did he also make reference it was just something he grew up in? Yes. Did we move on? We did.

Months later I shared a story that was featured on Fox News about the same group, and the focus of the discussion was about the disconnect between national and local coverage on this very group.

I recognize the media is obsessed with Islamophobia and xenophobia. But how have we gotten to a point when we can't talk about a group, its affiliations or media coverage without being labeled a bigot or a hater?

I believe Alaskans are logical and can have these discussions, rely on fact and question stories we see in the media without fear of being labeled bigots.

Alaska is a great state with endless opportunities. But this politically correct frenzy that has grabbed the headlines this week discredits the intellectual ability of Alaskans to consider a serious issue.

I will not be baited down that road. I have faith in people to discuss this issue on the merits and come to a rational conclusion. I appreciate the opportunity to share the full story. I leave the judgment of the facts to you.

Amy Demboski is the radio host of the "Amy Demboski Show" on KVNT and a member of the Anchorage Assembly representing Chugiak, Eagle River and JBER.

Amy Demboski is an Anchorage Assembly member and 2015 candidate for mayor of Anchorage.