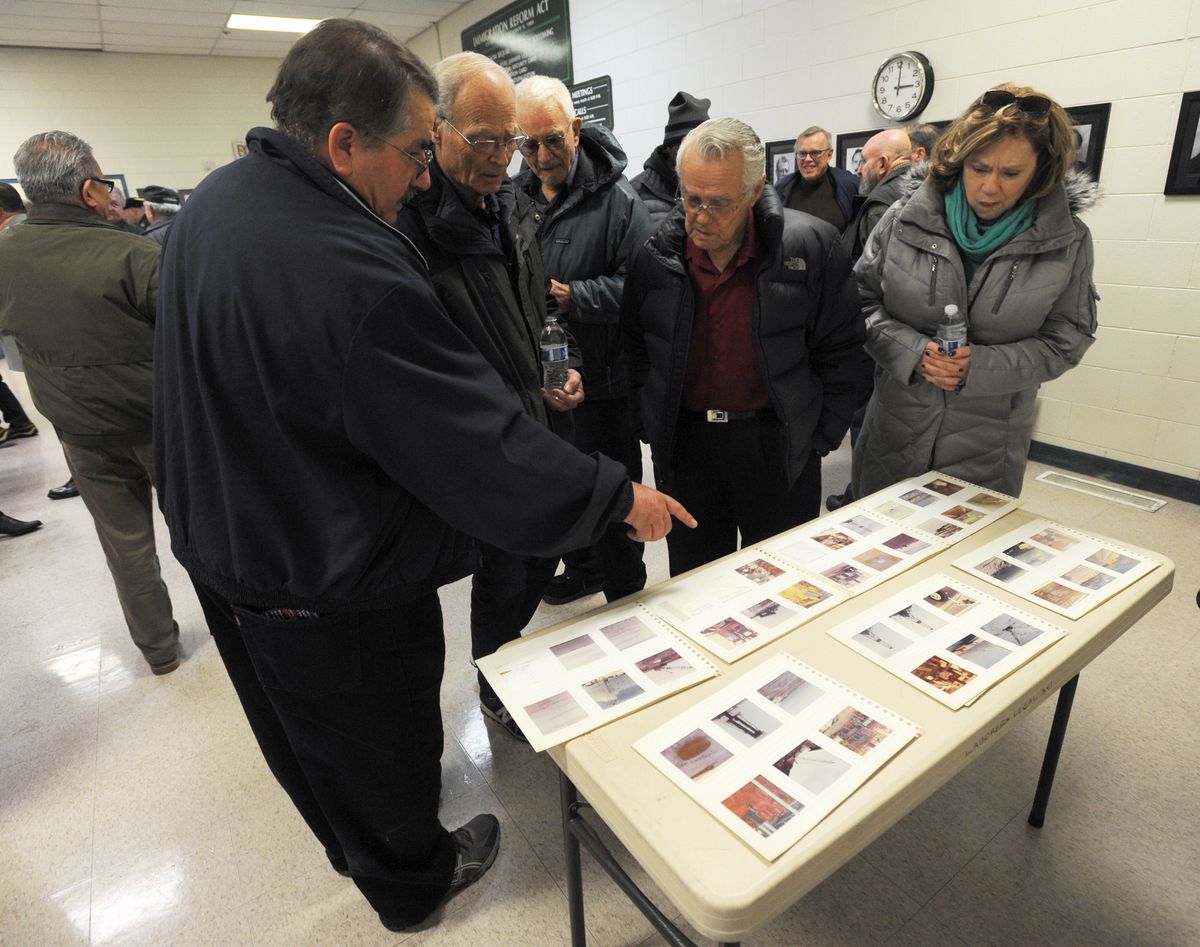 The atmosphere was mellow in the union hall of Laborers' Local 341 on Wednesday, especially considering that people had gathered because their government carelessly exposed them to radiation.

Some shared news of their cancers. Some told about fathers and husbands who had already died of theirs. Others worried they could be next.

"Knock on wood," said Tim Middleton, who worked on Amchitka Island in 1967.

From 1965 to 1971, the United States exploded three nuclear warheads under the island, far out in the Aleutians. About 3,000 workers dug the underground shafts for the blasts and did other military work on the island.

I remember the last blast, called Cannikin, even though I was only 8 years old at the time. At Turnagain Elementary, we watched the second hand of a classroom clock sweep past the time of the detonation.

Like many Alaskans, our teacher worried a 5-megaton bomb exploding a mile deep on a fault line could cause an earthquake. She wanted us ready to take cover.

Aleuts and environmentalists fought the test but lost at the U.S. Supreme Court. Greenpeace was founded to protest the Cannikin test.

The blast remodeled the island but federal officials said no one was exposed to radiation. They classified records that could have contradicted that.

[Troops who cleaned up radioactive islands can't get medical care]

The military continued sending construction workers to Amchitka for other projects through the late 1980s. Hayden McClure dug a trench there in 1988. He wore rain gear while people testing for radiation wore full protective suits.

A co-worker who ran the same trenching machine died of leukemia the next year. At the Laborers' reunion, McClure told me about his own leukemia, bone lesions and lymph disease. After 14 years of treatment, he can't take any more radiation therapy but is holding his own with stem-cell replacement therapy.

Bev Aleck also attended the reunion. Her husband, Nick, died of leukemia in 1975, a young man, soon after working on the island.

Amchitka construction workers like Nick wondered why their government supervisors wore radiation dosimeters while they were given no equipment or warnings. They talked about it among themselves but did nothing.

Bev got the Laborers' Local 341 involved. Thanks to her persistence, attention finally came to the problem two decades after Cannikin, in the mid-1990s.

But the U.S. Department of Energy stonewalled even then. Aleck and her ally, environmentalist Pam Miller, worked on the issue for years, even traveling to Nevada to dig through old records.

Dr. Knut Ringen had been working on the issue for workers at nuclear facilities in Hanford, Washington, and Oak Ridge, Tennessee, since 1981. In 1993, Congress had included a directive in a defense bill to look into the workers' health problems.

The Department of Energy ignored the legislation. The first pilot programs only began after a class action lawsuit several years later.

Ringen didn't find out about the Alaska workers until Dougherty called him in 1997. A struggle began to make Amchitka veterans eligible for the same programs the other nuclear workers were receiving.

Don Weber of the Laborers' local and others researched old records to find who might have been exposed. Sen. Frank Murkowski took a keen interest and pushed in Washington.

Amchitka workers' radiation-related cancers were much more common than in the general population. A 2005 data analysis by Dr. Mary Ellen Gordian of the University of Alaska Anchorage found leukemia 10 to 18 times higher.

The evidence was strong enough to make Amchitka workers eligible for regular medical checkups and compensation if they contracted radiation-related cancers. If they died, the money could go to their widows, children or grandchildren.

Weber and others at the union worked for years to help workers establish that they had been on the island and were eligible, a complex detective project in some cases, since most records had been destroyed due to the passage of time.

Compensation comes in a $150,000 lump-sum payment and, in some cases, smaller annual payments for lost wages.

Ringen said we will never know exactly how the workers were exposed.

Phillip Moreno worked as a barber and cook on the island. Perhaps he was exposed through workers' hair, said his daughter, Lynette Moreno Hinz. He died of cancer shortly after receiving his compensation.

Moreno Hinz stood up at the meeting on Wednesday to speak to those who made compensation happen — the assembled government and union officials, doctors, journalists and volunteers.

"He knew the U.S. government was trying to right a wrong," she said. "Thank you for your dedicated help."

The program has paid 635 Amchitka workers a total of $88.8 million plus $11.9 million in medical costs. Nationwide, more than 230,000 nuclear workers were affected and have received $13.3 billion in compensation and medical care from taxpayers.

A U.S. Department of Labor representative thanked the men for their patriotic service.

It seems compensation and recognition mean a lot. Maybe that's why the feeling at the meeting was warm and subdued.

Not me. The stories made me angry. I wanted to know who decided to send these men into danger without telling them.

"It's like sending people to war without guns," said Mike Doogan, who worked on Amchitka in 1968 and '69.

Doogan wrote for many years for the Anchorage Daily News, including a column like this one, before retiring to write mystery novels and serve in the state House. He was in office in 2010 when he was diagnosed with a large brain tumor.

An operation left him sightless in one eye. His ongoing anti-seizure medication makes him mentally foggy at times. He left the Legislature and hasn't found a way to write another book. He misses the joy of writing.

"I talked to other people who were just as mad as I was, but in the end, what can you do? What's done is done," he said

"Considering the alternative, it's a pretty good deal," he said.

Correction: An earlier version of this story incorrectly reported the years that Mike Doogan worked on Amchitka. He worked there in 1968 and 1969, not 1967 and 1968.