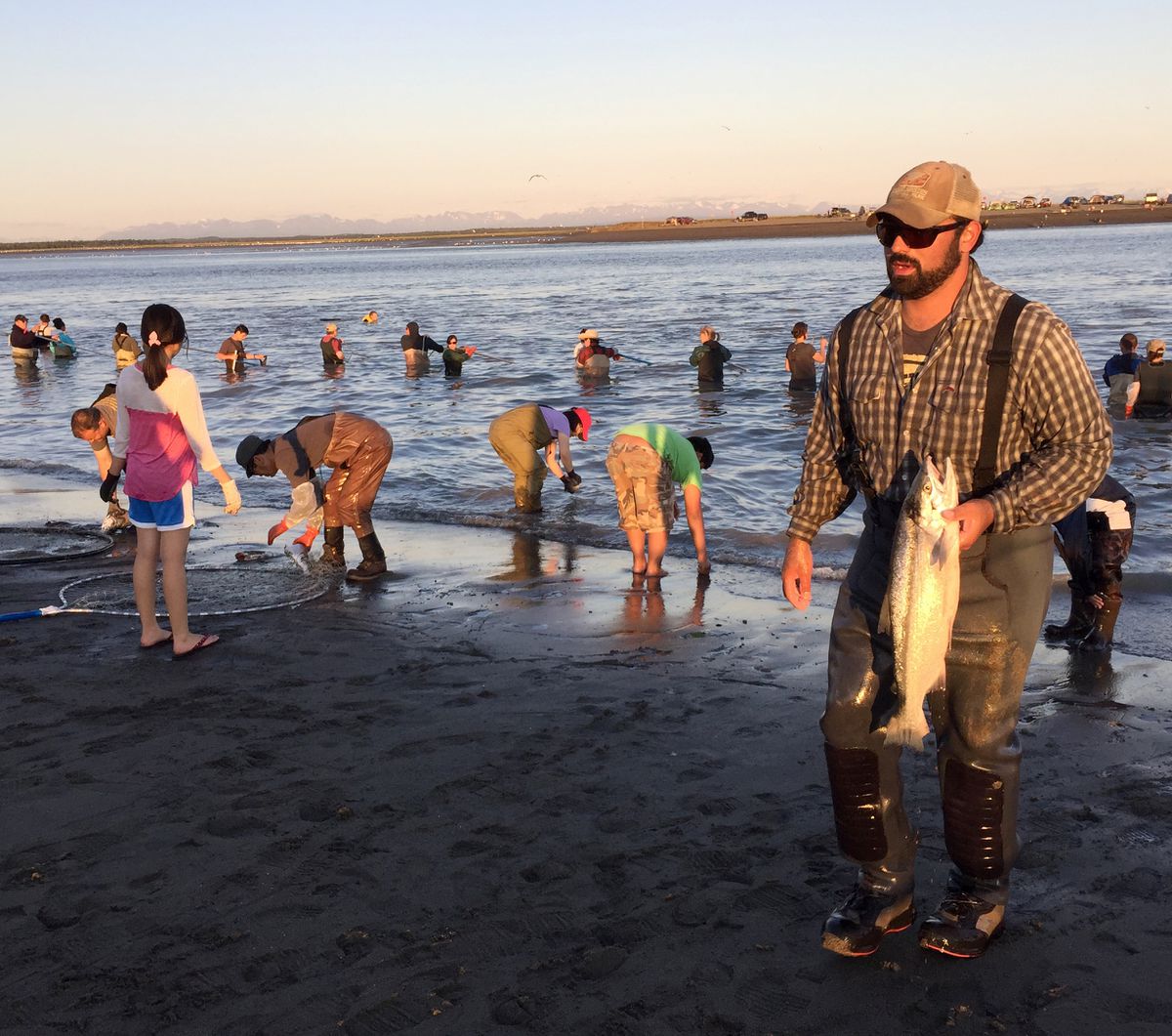 Thousands of people were on the Kenai River to dipnet for sockeye salmon in July 2015. (Anne Raup / Alaska Dispatch News)

Thousands of people were on the Kenai River to dipnet for sockeye salmon in July 2015. (Anne Raup / Alaska Dispatch News)

The Alaska of today is not the Alaska of statehood. The 49th state has grown and changed radically.  The economy of the state is wholly different, and yet Alaska salmon management continues to be treated as if we just became a state.

Almost all major fisheries in the state have, for decades, been managed on the premise that commercial catches are always the highest and best use of Alaska salmon resources. This is especially true in upper Cook Inlet.

This premise ignores the changes that have occurred. In 1976, 191,000 sportfishing licenses of all types — resident and nonresident — were sold in Alaska. Nonresidents accounted for only 47,000 of them. By 2015, nonresident license sales alone had topped 278,000 — a six-fold increase.

Sport, both by residents and nonresidents, and dipnet fisheries on the Kenai Peninsula are now big business. With Alaska's economy fading, we can no longer ignore the economics of angler- and personal-use-caught fish. University of Alaska Anchorage economist Gunnar Knapp suggested in a 2009 report to a Cook Inlet Salmon Task Force that, with caveats, "the economic contribution of sport fishing may have been as much as four and a half times that of commercial fishing,"

Alaska can ship Cook Inlet salmon south in coolers sent by  tourists and residents and make hundreds of millions of dollars or the state can continue to move the fish out of the state unseen as commercial catch and make tens of millions of dollars. One can argue at length the exact value of the sport and commercial fisheries in the upper Cook Inlet, The facts that are not debatable are these:

• The sport and dipnet fisheries in upper Cook Inlet are newer businesses that continue to show growth and the potential for even greater participation. At the same time, upper Cook Inlet commercial fishing is declining in value.

• In 1964 there were few sportfishing businesses on the Kenai Peninsula and scattered across the Susitna Valley. There were few homes on the banks of the Kenai River. And it was unusual to see more than a handful of anglers. Today there is over $500 million of assessed valuation of homes on the river and tens of thousands of anglers using the river, not to mention the over 100,000 dipnetters and their family members.

• An 8-year-old study by Steve Colt and Tobias Schwoerer of the UAA Institute of Social and Economic Research tagged angler spending, both resident and nonresidents, in the Susitna Valley alone at something between $63 million and $163 million in 2007. "This spending generated between 900 and 1,900 jobs and between $31 million and $64 million of personal income for people who work in the Borough," they added. "Mat-Su sport fishing activity also generated between $6 million and $15 million in state and local taxes."

[Put politics aside and salmon on the grill]

The Kenai tax value that year — with the Kenai supporting the state's largest sport fisheries — was at least equal and probably greater. Total economic impact from angler spending in upper Cook Inlet can be measured in the hundreds of million dollars.

On the other hand, the ex-vessel value (prices paid to the fishers) in the upper Cook Inlet commercial salmon harvest, in 2007, was pegged at $23.4 million. Total economic impact was higher, but a fraction compared to the impact from angler spending.

The new businesses that are Alaska's economic future, along with the average Alaska angler and dipnetter, get treated like ugly stepsisters while the focus remains on trying to prolong the life of the aged and fading sibling for as long as possible even though the benefits to the Alaska family are destined to steadily decline.

Alaska salmon are today small players in a global market where salmon farms, like it or not, dictate price. The Norwegians produced a record 1.3 million tons of farmed salmon in 2015. Canadians, 1.2  million tons.

The Chileans, with help from Mitsubishi, are continuing to grow their production and, so too are the Scots. And these farms aren't producing pink salmon for cans. They're producing Atlantic salmon for fillets that compete directly with upper Cook Inlet salmon in the market place.

As Alaskans, we can all agree wild salmon is better than any farmed product. But price dictates in the market. It is clear that Alaska sockeye salmon  prices have been going  down.

Commercial prices have flatlined. Unfortunately, one cannot rule out the possibility that prices will continue downward as aquaculture operations follow a 50-year trend and become ever more efficient. The Worldwatch Institute, an influential NGO, is now calling aquaculture "the most hopeful trend in the world's increasingly troubled food system.''

The world has changed, and it is changing evermore by the day. We need to keep up!

Alaska has a choice. It can continue to manage in the interest of old, fading businesses at the expense of young business with growth potential, or it can start trying to figure out how to slowly and as painlessly as possible transition the fisheries economy of the upper Cook Inlet, the state's most populous region, going forward. Upper Cook Inlet's economic past was as the fishery of the few. Its economic future is as the fishery of the many. It's time for the state to make the first real changes in moving toward that goal.

Not only would this make good economic sense, it is mandated by the Alaska Constitution. That document, which the legislators and Board of Fisheries members swear to uphold, requires that Alaska fisheries resources be managed for the "maximum benefit of its people." Out-of-date priorities for one user group at the expense of the hundreds of thousands of other Alaskans who depend on the resource is out of step with the Constitution and ignores economic realities.

Karl Johnstone is a retired Superior Court judge and former chair of the Alaska Board of Fisheries.