Hilcorp aims to do things right in Alaska 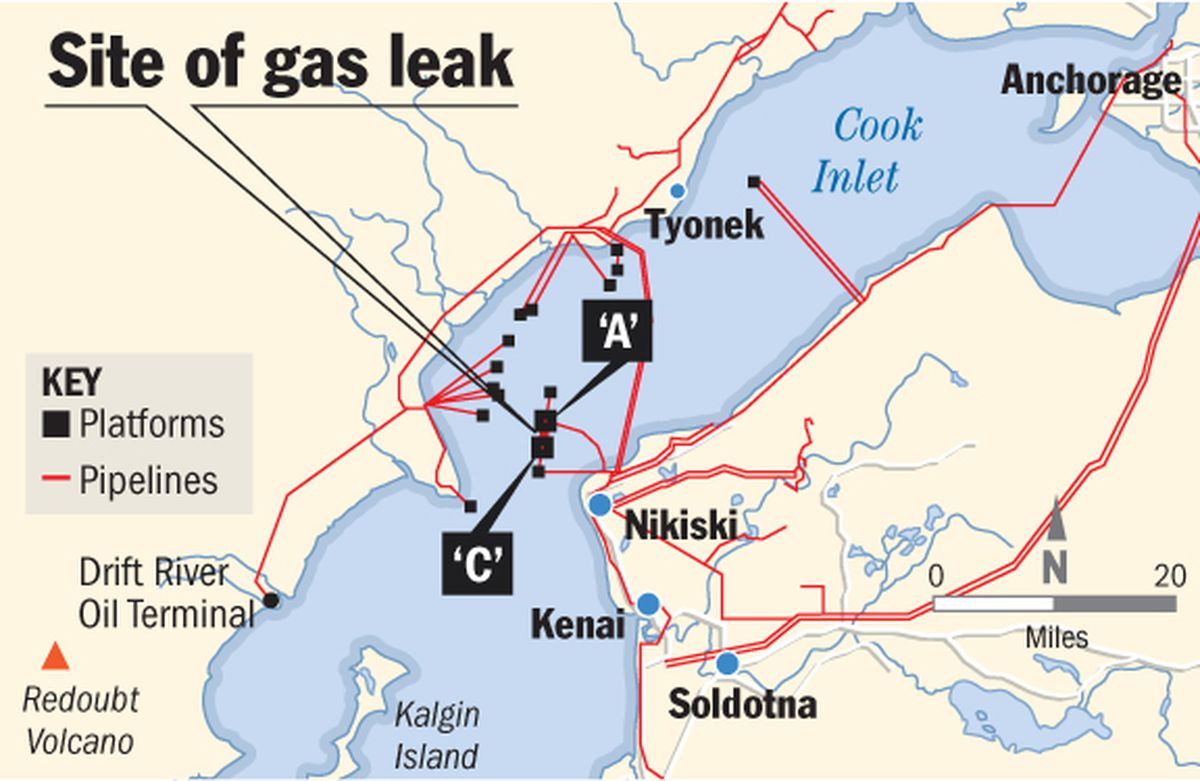 There have been many questions asked about Hilcorp and our company's ongoing response to a natural gas pipeline leak in the Cook Inlet. It's important to me, as an Alaskan, to address these questions personally. Before I do that, I want to emphasize that the Hilcorp Alaska team, state and federal regulators, local experts and emergency response crews are coordinating to ensure a safe, expedient and environmentally sound response.

What guides Hilcorp in its operations?

Hilcorp is passionate about doing things right. All of our operations are predicated on one overarching mandate: that they are safe. No project is allowed to proceed without this basic requirement being met, here in Alaska, and everywhere we work.

How has Hilcorp invested in Alaska? What are the results?

Hilcorp acquired its first Cook Inlet assets in 2011, and since then we have worked hard to responsibly grow our operations throughout Alaska. Over the last five years, Hilcorp's investment in Cook Inlet assets have averaged nearly $300 million annually, making us by far the most active oil and gas company in the Cook Inlet. These dollars are used to not only bring new oil and much-needed natural gas production online, but to also upgrade infrastructure. Before Hilcorp entered Cook Inlet, the utilities were considering importing natural gas at a substantially higher cost. Hilcorp's Alaska operations have helped stabilize the regional natural gas market and assure supply for many years.

Why wasn’t this leak detected sooner?

The leak was first spotted by a Hilcorp aerial surveillance team on Feb. 7 and was immediately reported to the regulators. Due to the small size of the leak, normal methods to detect it were inconclusive. However, once the potential was seen, we reacted quickly and took measures to positively identify the problem, report it and respond appropriately.

Is the release a threat?

Environmental sampling and monitoring conducted by independent Alaska Department of Environmental Conservation certified contractors have shown no negative impacts to the environment or the Inlet's wildlife. The release is limited to a small location almost 5 miles from the shoreline, clear from nautical traffic, and far from the general public. Impacts to marine life and the general health of Cook Inlet waters are reasonably expected to be negligible. The size of this release is smaller than naturally occurring methane seeps found across the state and numerous locations globally.

Why not shut the line down?

Immediate repair of the line has been delayed due to ice conditions in the Inlet. This line was previously used to transport oil and was converted to natural gas use a decade before Hilcorp acquired it in 2015. Maintaining pressure in the line prevents water intrusion and the potential release of any residual oil in the line. The decision to maintain minimum line pressure and shut in oil production was made after a very careful evaluation of options in close coordination with regulators and was made with the safety of the environment and marine life in mind. That shut-in process was recently completed without issue and we will commence with fixing the natural gas pipeline leak as soon as ice conditions allow for safe operations.

Doesn’t Hilcorp prioritize revenues above all else?

Emphatically no. We are dedicated first and foremost to doing things right, at all times. And by "right" we mean operations that are safe for our personnel, our neighbors and our environment. The actions we have taken in response to this event have been done only after careful discussion and deliberation with environmental experts, regulators and third party consultants. Hilcorp will only implement a course of action that has been fully vetted by our experts and approved by regulators after careful consideration. Revenue from these properties has not been, and will not be, a factor in our decision-making.

When will the line be repaired?

Based on current weather forecasts and ice conditions Hilcorp expects to mobilize equipment and deploy divers to begin repair operations within the next 10 days. Temperatures in the Kenai area have been about 10 degrees below average so far this March, and ice in the region has delayed action for permanent repair. We have assembled all of the necessary personnel and equipment to get to work, but will only allow personnel to work in a safe environment. As soon as safe conditions can be assured, the repair team will be deployed.

What about the other Cook Inlet undersea pipelines?

Once the line has been repaired, we will assess lessons learned and apply these throughout our operations. We will continue to coordinate with regulators and perform our own inspections of these and our other pipelines.

We will proactively address any issues those inspections may reveal. This is standard protocol for Hilcorp and is a critical part of our commitment to safety and continual improvement.

Hilcorp Alaska has over 500 employees, 90 percent of whom are Alaska residents. Alaska is our home. We are absolutely committed to ensuring this is done right.