Pebble is back. We’ll defeat it again 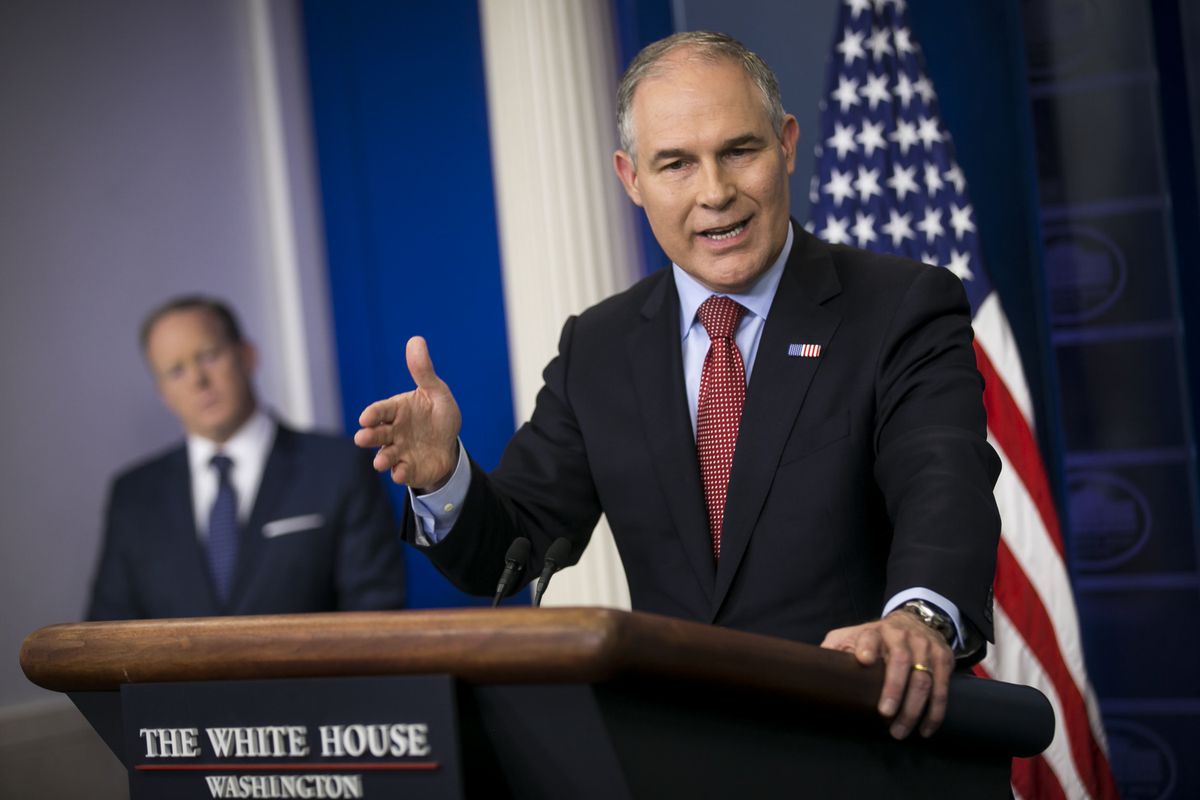 Scott Pruitt, administrator of the Environmental Protection Agency, speaks during a daily briefing in the White House in Washington, June 2, 2017. President Donald Trump, who had never met Pruitt before his election, offered him the job of EPA administrator — putting him in a position to dismantle the environmental rules that he had long sought to fight in court. (Al Drago/The New York Times)

Scott Pruitt, administrator of the Environmental Protection Agency, speaks during a daily briefing in the White House in Washington, June 2, 2017. President Donald Trump, who had never met Pruitt before his election, offered him the job of EPA administrator — putting him in a position to dismantle the environmental rules that he had long sought to fight in court. (Al Drago/The New York Times)

When I was 19 years old I was in a boat accident. I spent about 18 minutes in the ocean. I have never recovered from that cold exposure. Oh, I know people have been half frozen and made it back all in good order. I, however, get to experience it over and over again. It's like my body thermometer has PTSD and the moment I start getting a little chilly it thinks we're floating in the Gulf of Alaska again surrounded by kelp eels.

We all have triggers that suck us back into situations scattered about our lives. A friend of mine in his 70s was telling me he's had to stop watching the news. He feels like the battles and advances made during his lifetime, ones he thought were victories are back and he just doesn't have the same energy he did. There's a hopeless feeling looking back on his life that his efforts only lasted so long.

I felt that way when I read the report about a meeting that took place on May 1 of this year. The administrator of the Environmental Protection Agency, Scott Pruitt, had a meeting with Tom Collier, the CEO of the Pebble Limited Partnership. That same day the EPA's fancy lawyer sent out an email to government employees telling them that they were going to "withdraw an Obama-era proposal to protect the ecologically valuable wetland in southwest Alaska from certain mining activities."

Good grief. For three years the EPA, under the Obama administration, studied the region of Bristol Bay and had it open for peer-review. So many of us begged the rest of us to weigh in and testify that our salmon — half of the world's sockeyes — were sacred and wild and wouldn't be able to adapt to poison water. The agency was painfully slow in coming to a decision, but it was a big hairy deal to be shutting down a project that wasn't already in full swing. They were clear in their assessment that Pebble Mine would "result in complete loss of fish habitat due to elimination, dewatering, and fragmentation of streams, wetlands, and other aquatic resources." The problem with all those nasty byproducts of open pit mining is that they are irreversible. A little bit of Pebble is like being a little bit pregnant.

Ten years ago I met with a couple of Washington, D.C., lawyers who were up here working for Pebble. We had a chat and I gave them my best spin. One of them was particularly frank with me. It had more to do with his wine consumption than my charms, but it changed how I thought about the fight for salmon life. He said, "You're probably right. It will probably ruin your fish and make for a bunch of grumpy Eskimos. We don't care about any of that. I don't even like salmon. What we care about and why we're joining with this cause is we don't want you environmentalists to think you can win other places. We can't have that."

Alaskans are clear where we stand on a giant open pit mine in Bristol Bay. Last November's ballot was the most decisive and unified decision we've ever cast votes for. The ballot measure to protect Bristol Bay salmon from a mine passed in every single precinct in the state. Every one. A ballot initiative saying "Ice Cream Is Yummy" wouldn't have passed every one. You know there's some district with higher lactose intolerance levels.

So who is making these decisions for Alaska on a national level? Administrator Scott Pruitt. He's a climate change denier who has wracked up more than $900,000 in private jet travel, extra security costs and a super-secret talk tank. Yes, he is having a privacy pod installed in his office to make phone calls so no one can eavesdrop. That's weird. His office is in one of the most secure buildings in the country and it makes me wonder what kind of shady deals he's got going if he's that paranoid. Oh, and doesn't he know phone calls — even ones in a booth — can be recorded? Ask Paul Manafort if you don't believe me, Mr. Pruitt.

So we're back at this fight again, folks. Someone asked me what I'd do when they put in Pebble Mine. They won't. We won't let them. There's too much that is too precious to lose. Someone with the bunker phone booth number may want to call and let Mr. Pruitt know.