How a general restored ethics at the Alaska National Guard 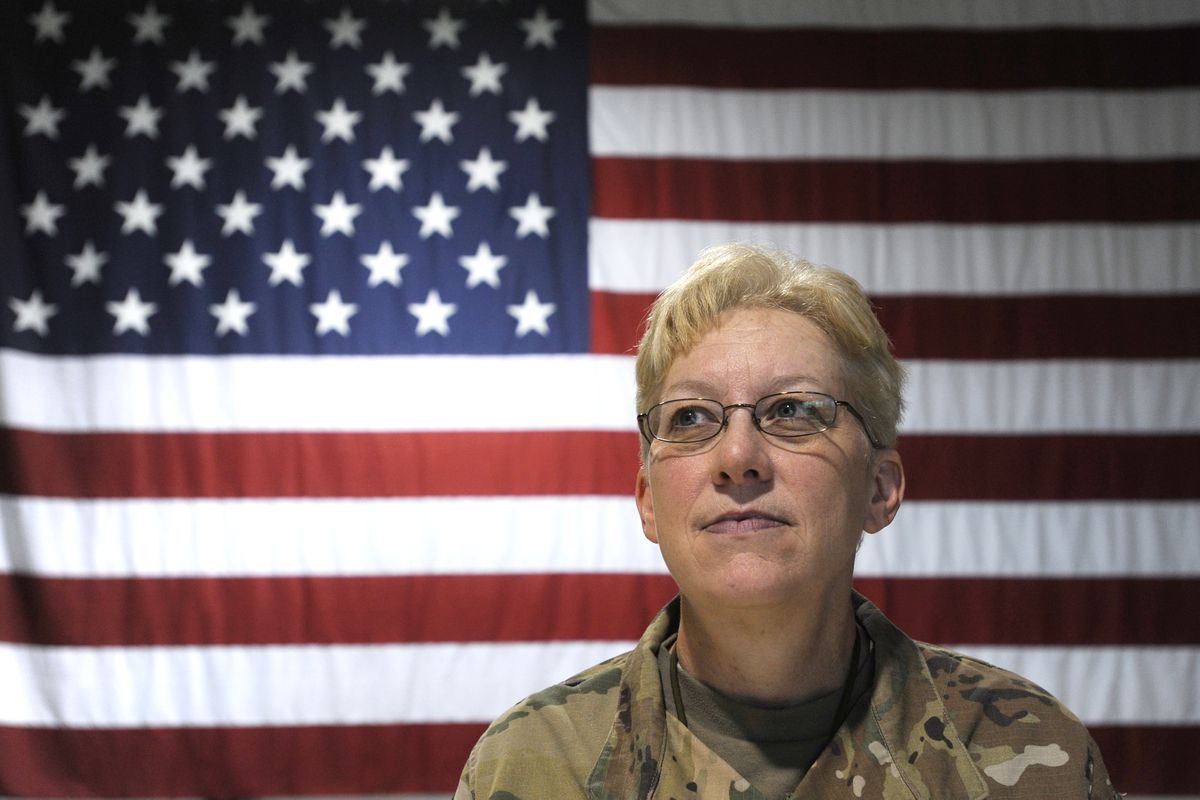 Maj. Gen. Laurie Hummel is the adjutant general of the Alaska National Guard and the commissioner of the Alaska Department of Military and Veterans’ Affairs. Tuesday, Sept. 26, 2017. (Bill Roth / Alaska Dispatch News)

Maj. Gen. Laurie Hummel is the adjutant general of the Alaska National Guard and the commissioner of the Alaska Department of Military and Veterans’ Affairs. Tuesday, Sept. 26, 2017. (Bill Roth / Alaska Dispatch News)

Three years ago, the Alaska National Guard dominated headlines and an election campaign for governor with reports of rape, drug dealing and fraud. Now we read instead about Guard members deploying overseas, rescuing lost Alaskans and responding to floods and other emergencies.

And she tried to change the Guard's culture.

Hummel makes that sound simple. She is military through and through. She said her solution was mission, rules and training.

But not just any training. The Guard is training on ethics.

[Hummel to Alaska: 'National Guard will again be source of pride']

Hummel sent officers and enlisted personnel to ethics conferences and had the Alaska Guard develop its own curriculum on character and ethical fitness. She said ethical fitness is as important to readiness as physical fitness.

Hummel said she doesn't know what was happening before her tenure. She read the reports like everyone else.

But when she arrived in command, she found a key piece of evidence of the problems. Little had been documented about how senior officers did their jobs.

Hummel said military rules and procedures limit the arbitrary power of superiors, and that gives autonomy to the people under them. She said adhering to military doctrine frees soldiers to do their jobs.

Without clear procedures for hiring, Hummel said, former leaders at the Guard were able to surround themselves with friends rather than the most qualified officers. That powerful insider club became a source of problems and impunity.

"There was a yoke of oppression, in my opinion, that was over a lot of people, and there were a lot of people with a lot of gifts and talents, but they didn't have the opportunity to flourish," she said.

"There were just a lot of people who were afraid to make a comment or make a decision. It was eggshells. And that made it really hard to have a team effort," he said.

Hummel marked the end of that period with a message to Guard members on January 1, 2016, listing personnel actions related to misconduct detailed in the official investigations. Without giving names, it showed 13 actions ranging from retirement to "other than honorable discharge" for "moral or professional dereliction."

But nothing has come from the criminal allegations. Hummel said she did not know the status or outcome of those investigations.

Hummel started her path at age 7 when she told her father, an Army sergeant, that she wanted to be a soldier like him. He suggested she attend West Point, which at that time didn't admit women and wouldn't admit any for a decade to come.

Hummel stuck with that dream and by the time she was old enough to go, West Point had admitted two classes that included women ahead of her.

Hummel loved attending the U.S. Military Academy. She called it an intense and unlimited opportunity for self-development. She also fought daily to survive as a woman invading a 2-century-old bastion of masculinity.

After graduating, Hummel's illustrious 30-year Army career took her to Korea, Kosovo, Afghanistan and Alaska. She was chief of Operations Intelligence, Alaskan Command, at Elmendorf Air Force Base.

After earning a Ph.D. in geography, she became a professor at West Point herself, wrote books and scholarly articles, and directed many other scholars.

Then, in 2012, mandatory retirement forced her out.

"I felt like a wolf without a wolf pack," she said.

She returned to Alaska and ran for the Legislature, narrowly losing a House seat in the same election in which Gov. Bill Walker defeated incumbent Gov. Sean Parnell. A big reason for Parnell's defeat was his failure to address problems in the National Guard brought to him years earlier by a group of chaplains.

Early in 2015, Walker asked Hummel to take over as adjutant general and commissioner of Military and Veterans' Affairs. She told him she wasn't qualified and couldn't supervise her own husband, Chad Parker, then a colonel in the Alaska Guard.

"He said, 'I don't care.' " Hummel recalled. "And then he said probably the single-most inspiring thing I have ever heard. He said, 'I consider the candidate pool for my administration to consist of 737,000 Alaskans, and when I tap one on the shoulder it's your turn to serve.' "

It wasn't that simple. Nepotism rules would require Hummel's husband to transfer outside Alaska, sacrificing his own career and forcing the couple to live in separate states.

But he convinced her to accept. He still does serve outside Alaska.

Hummel said West Point made her a leader. But her experience under bad leaders during her Army career also prepared her to lead the Alaska Guard. She had seen how an arbitrary, unethical officer could make life miserable for subordinates and disable an organization.

"I went through those units with toxic leadership and went through those experiences where I saw what right looked like and what wrong looked like," she said. "When I was in those units, you know you have limited power in the moment to effect change, and I remember saying to myself, 'Boy, if I'm ever in that circumstance where I really can help change an organization for the better, I'm going to do it.' "

I'm sure there are other sides to this story and I hope to find them and tell you about them. But it looks to me like Maj. Gen. Laurie Hummel is good to her word.