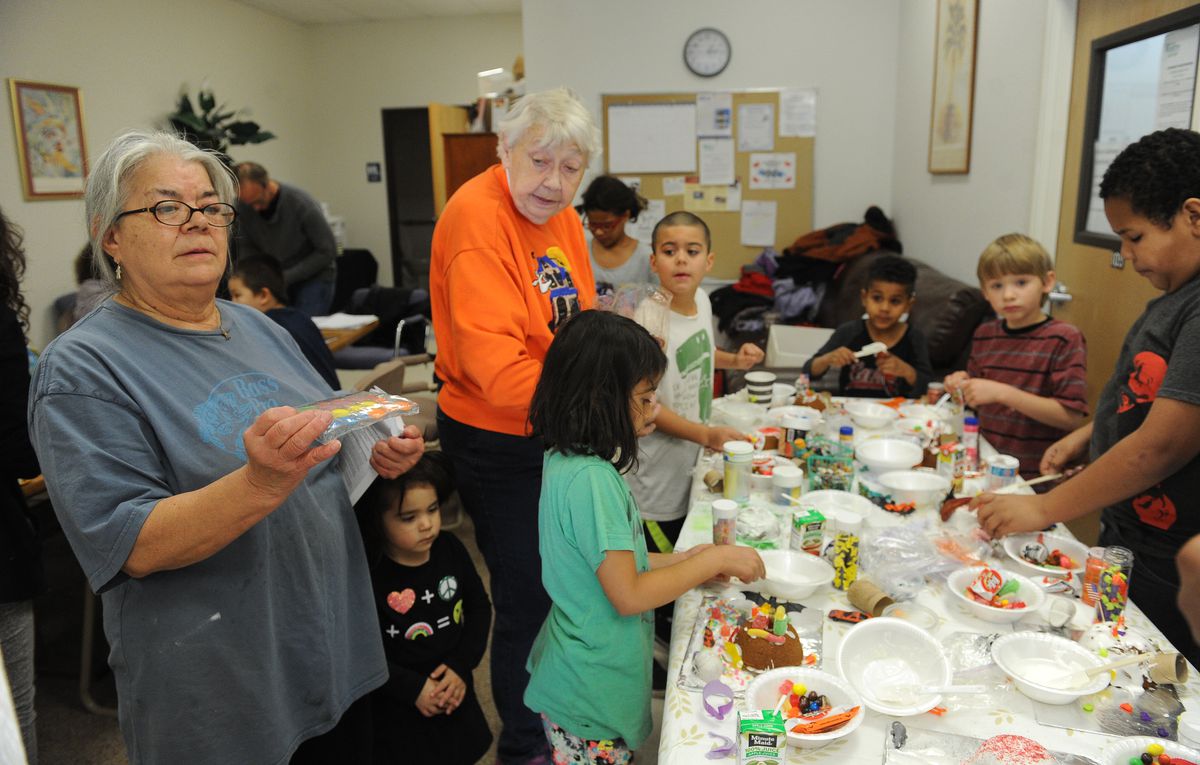 Ever more children of the opioid crisis are being raised by their grandparents.

"I didn't intend for a third family. This is my third time around," said Rozann Kimpton, who at age 82 is raising two teenagers, her great-grandchildren. "But me and the other families, what are you going to do when OCS calls at 3 o'clock in the morning?"

OCS — Alaska's Office of Children's Services — doesn't keep records on how many grandparents and other relatives are caring for children. It doesn't have reason to track kids who are safe and living with family, said Director Christy Lawton.

But Lawton and others involved in the child protection system said the need has risen rapidly as the drug crisis sweeps communities. In five years, the number of Alaska children in foster care has increased 40 percent, and drug addiction is one cause.

"The opioid epidemic I think also is hitting all socioeconomic classes, and it hits hard. People who never had any problem with alcohol or anything else, and suddenly they are addicted to pain killers," Lawton said.

The stories are horrifying. Addictions can kill our most basic protective instincts. People controlled by drugs and alcohol do terrible things to their kids.

But this column and the next two are not about that.

I spent time with people dedicated to creating good childhoods. I met terrific young adults who were saved from the cycle of neglect and abuse. And I learned about real improvements to a state system struggling to cope with the crisis.

I was inspired. I want to tell that story of hope. Maybe you will decide to help, too.

Kimpton came to Alaska with her husband in 1958 and raised her first family in east Anchorage and Peters Creek. She is strong-voiced, cheerful and direct, a no-nonsense Alaska pioneer and a Potawatomi tribe member.

Ten years ago, she had to step in to care for the son and daughter of her own grandson, who she had also once tried to rescue when he was neglected as a child.

After adopting her great-grandchildren, she reached out to about 30 other grandparent-led families in the Mat-Su area. She holds picnics for them on her 75 acres of land. We met at a Halloween decorating party she organized on a Saturday in Wasilla.

"It's super-important for the grandkids to know they're not the only ones being raised by grandparents," she said.

The social time is important for grandparents, too. Amid the noise and chaos of children having fun, they visited and sipped coffee around a plastic folding table.

The grandparents would rather be relaxing in retirement, enjoying their grandchildren the way other grandparents do. They don't get to spoil them. They can't send them home and collapse on a sofa. This doesn't end.

"I don't ever get to be grandparent," Kimpton said.

"It is very hard," she said. "Lots of clothes to wash all the time."

Tyree said her plumbing failed, but her pastor heard about the problem and bought a sink and toilet and found a plumber to do the work for free.

Tyree asked me to thank the taxpayers for the welfare and food stamps that feed her family.

"I didn't want to do it," she said, but added she wouldn't survive without the help.

Betsy Woodin of the Alaska Center for Resource Families helped at the party. She advises families and nominated Kimpton for several awards she has won for her work.

A lot of people are helping. They all say the need is rising. Drugs are destroying families.

Lars Opland adopted his grandson, now in the second grade, and will be 73 when he graduates from high school. But that's OK, Opland said, because he didn't plan to retire anyway.

Opland chatted with the grandparents about troubled families they have seen around Wasilla. Woodin agreed it is a place where people who have lost everything to addictions can disappear beyond the fringe of the system.

"There are a lot of families who aren't really families living out in the woods, living in cars," Opland said. "There's hundreds of them."

Informal networks are uniquely able to help. Families can intervene early, before the formal state process takes notice or grinds through its legal processes. And before children are too damaged.

But many children need help who don't have family ready to step in. In my next column, I'll introduce some people filling that need, some of whom are thriving former foster children themselves.