Alaska embarks on turning over public schools to tribes 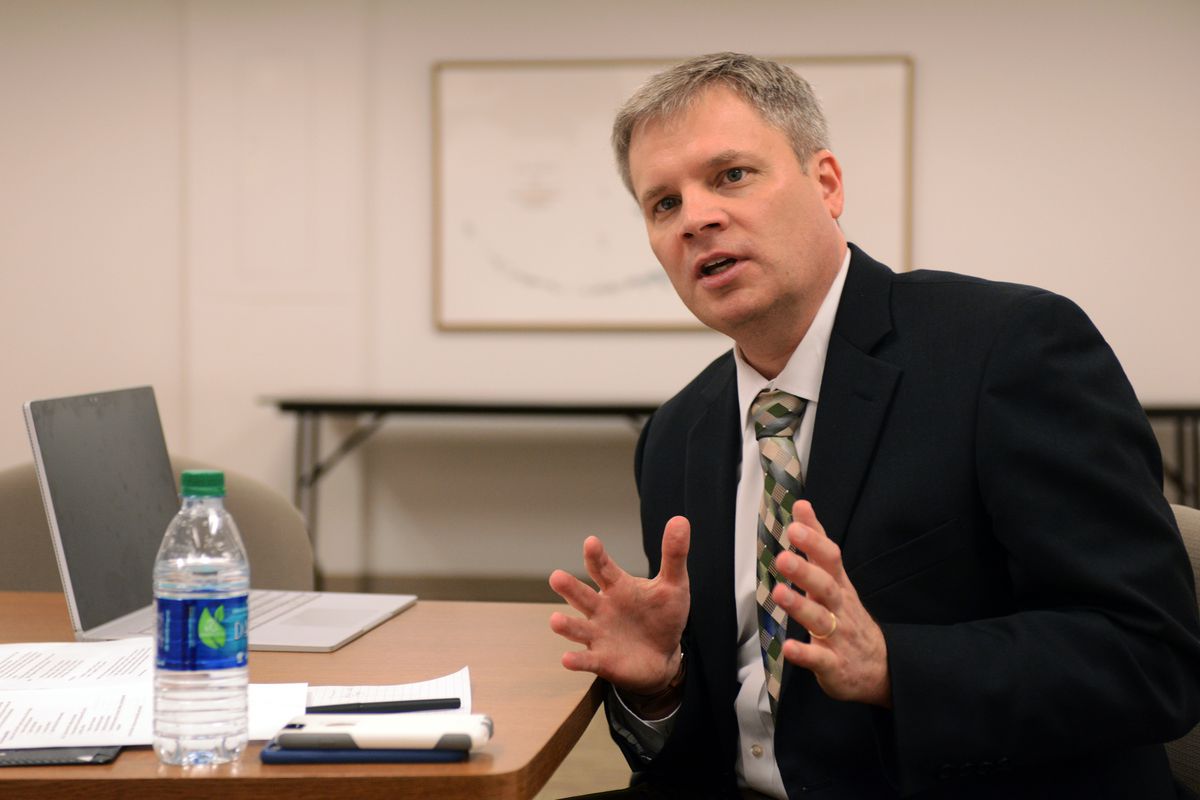 State education officials plan to enter into negotiations for compacts with Alaska tribes to take over rural schools.

The idea grew out of the Alaska's Education Challenge reform initiative that brought together 100 education stakeholders to work over the last year. A committee on Community and Tribal Ownership advanced the recommendation for compacts.

Commissioner of Education Michael Johnson said he is excited about working on education compacts with interested tribes. Key legislators who were involved with the committees also support the work, which would require changes to state law.

But some rural educators are cautious or concerned. At the Alaska Association of School Boards meeting in Anchorage on Thursday, I touched base with some of them.

Some Native and non-Native school leaders said many tribes are not ready to run schools, lacking the capacity or professionalism. Others wondered how the idea would work in communities where a school serves more than one tribe.

Many rural districts and villages already have all-Native school boards, some with members who have served for decades. If a compact means a tribal council assumes that function but nothing else changes, they questioned how new governance would improve education.

Johnson said it is too early for those questions. The answers will come from government-to-government negotiations.

"We don't know what it is going to be. It is not going to be any one person's expectations. And that's why I think it's so healthy. It is going to be a deep, honest conversation about public education in Alaska, and that's a really healthy thing," he said.

The education commissioner added, "Fundamentally, we have no justification to keep doing things the way we have always done them."

Test scores released in August showed more than 60 percent of Alaska students fell short of grade-level proficiency in English and math. Some rural schools perform above average, but overall they have the weakest academic results. Johnson said rural parents are unsatisfied, too.

The root causes of these struggles have been studied for many years and even litigated in court. I formerly worked part time as director of a group that advocates for rural schools politically and in lawsuits against the state, now called the Coalition for Education Equity.

Cultural differences between professional educators and communities can challenge relationships between teachers and students. Teachers can feel unwelcome and parents can see schools as alien and intimidating.

Some schools must teach and protect children in socially dysfunctional villages with high levels of alcoholism, child neglect and violence. In some rural districts, the majority of students are chronically absent from school.

Willie Kasayulie said changes must go deep to address these problems. Kasayulie is the longtime board president of the Yupiit School District and was the named plaintiff in a landmark 1990s lawsuit that led to more than $1 billion of state investment in rural schools.

Yupiit's test scores are chronically near the bottom of state rankings. Kasayulie said the tests are culturally inappropriate for rural children and inaccurate in showing their true accomplishments.

(That may be true, but I also think the tests reveal real academic shortcomings.)

After years of effort, the schools in Yupiit's three villages of Akiachak, Akiak and Tuluksak have moved toward being tribally focused, Kasayulie said. But requirements from outside the villages limit the extent of change possible.

"With all the mandates coming down from the state and federal agencies, where the funding comes from, we have to adhere to their rules," he said.

I asked Johnson if compacts could mean dropping teacher certification requirements, state testing and standards. He said he would not presuppose anything that would come about in the talks.

Rep. Harriet Drummond, D-Spenard, the chair of the House Education Committee, was one of several legislators who participated in the Alaska's Education Challenge process. She supports the compact idea, but she envisioned it more like a charter school.

Charter schools do comply with state standards, testing, teacher certification, and other requirements, but are run by boards of teachers and parents.

Education consultant Jerry Covey, who managed the reform initiative, said public schools operating with tribal compacts in Washington state look much like Alaska charter schools. They do have to meet state requirements.

Covey's accomplishment in putting together the Alaska's Education Challenge initiative is remarkable.

We've done something similar more times than anyone can remember, counting all the education summits, blue-ribbon committees and stakeholder groups. Covey, a former Commissioner of Education, participated in many of them.

He learned from the failures. This time he included legislators, got the NEA-Alaska teacher union deeply involved, and set clear goals, keeping to a fast time-line. The Alaska Board of Education accepted the group's five sets recommendations on Nov. 2, of which tribal compacts are only one.

Compacting with tribes to run schools could be a big deal. Or it might not.

This idea will work if, as Commissioner Johnson hopes, it inspires communities to truly take charge of their schools and remake them. He said his only tool is inspiration—regulations, mandates and interventions have not fixed village schools.

But those hopes are too high if compacting just means swapping all-Native school boards for tribal councils. For real change, Native communities must adopt true responsibility for what happens in their schools.

Kasayulie said they are ready, if the state is ready to let go.

"We know our children. We know what's best for them. And we want to maintain that local control," he said.