The bears are awake 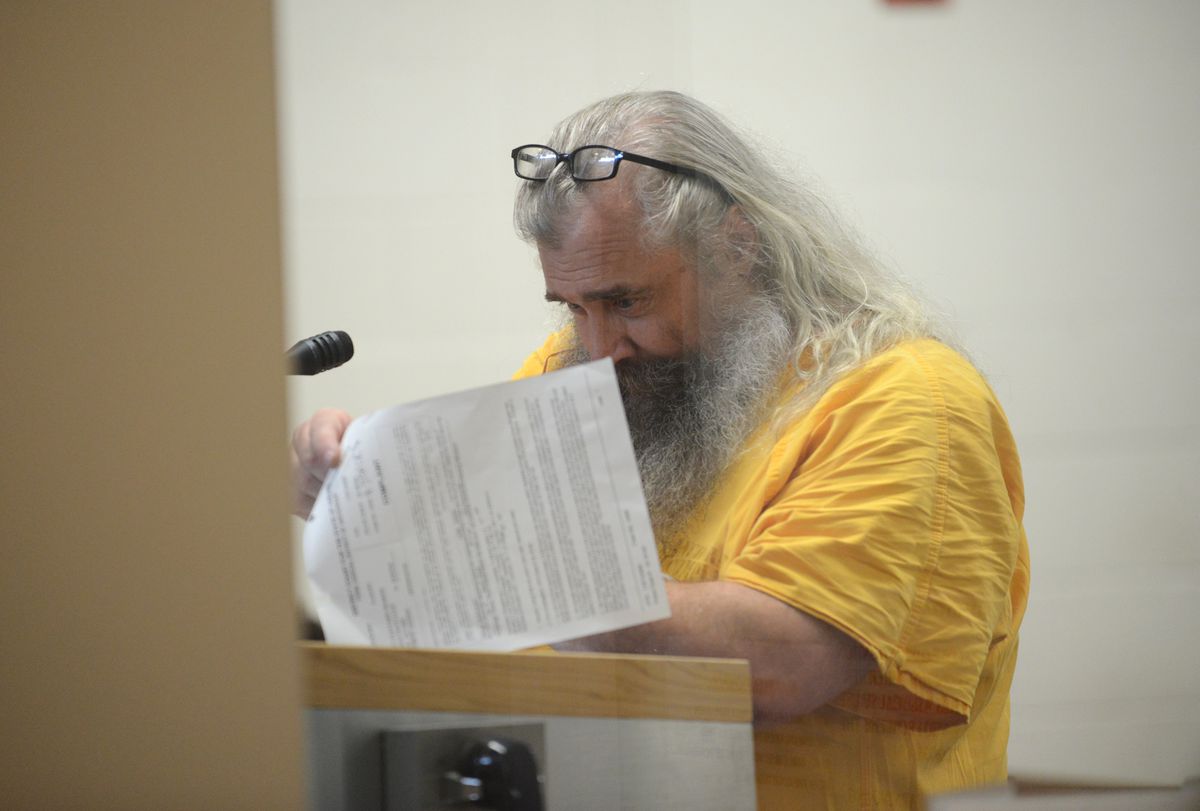 Bret Maness is arraigned in front of Judge Douglas Kossler for terroristic threats, assault and burglary at the Anchorage Jail Court in Anchorage on Friday. (Bob Hallinen / ADN)

Bret Maness is arraigned in front of Judge Douglas Kossler for terroristic threats, assault and burglary at the Anchorage Jail Court in Anchorage on Friday. (Bob Hallinen / ADN)

There's a dog in my neighborhood. This dog has a nose for trouble, but for the most part manages to avoid any consequences, save a few porcupine quills from time to time. Sometimes he wants to keep me company when I'm out in the woods, which you would think, would be welcome because the bears have woken up. Nope. Not that dog.

See, he likes to find the bears, agitate them, then run to the nearest humans he can find. I can assure you the lineman working on the power lines last year were not impressed.

This dog reminds me of too many folks who use the internet and airwaves in the same manner. Oh, they rant and rave and demonize what they view as the "other side" and, well, manage to scurry away once they've awakened a bear.

A big, hairy deal was made by a blogger about a recent training held in Anchorage. "The Poor People's Campaign and Moral Movement" was meeting at the Church of Love in Spenard to discuss nonviolent protests that might include being arrested for disruption. This isn't exactly a new concept. Congressman John Lewis, who took French President Emmanuel Macron on a tour of the Martin Luther King Jr. memorial this week, was arrested 45 times. Why? Because advancement of civil rights in this country have had to be fought for. It wasn't like people of color, women, LGBTQ or anyone else were just handed their rights because people in power woke up one morning and thought, "Hey! This hasn't been quite fair. We should change this! What were we thinking?"

You would have thought the sponsors and participants, including a local high school teacher, were going to steal your kids and make them liberal, gay, vegetarian activists. The horror! I know. Normal people don't really care how everyone else is spending their Saturdays, but one person was very upset about it.

Bret Maness walked into the meeting and unloaded a can of bear spray on the participants. A manhunt ensued. He went online and set up a fundraiser for himself before he was captured. Maness has a long history of violence. By violence, I mean he killed his neighbor. His neighbor was black and Maness is a white supremacist. As noted in this newspaper, "Others knew his darker past as a younger man charged in 1997 with the murder of a black neighbor, a crime of which Maness was acquitted even as the presiding judge called him a racist." Maybe the jury was too.

Maness is one of the reasons I carried a gun when I worked in Anchorage. He never missed an opportunity to call me the most vulgar of female specific terms publicly. He would explain how I needed to be shot, raped by a gun, hung, well, you get the idea. I've had plenty of hate mail, mostly badly spelled and ripe with misogynistic and racist tirades. Bret Maness was not a man to be dismissed. A good friend of mine helped me pick out a pistol and said, "Don't miss. That guy is nuts."

When I notified the radio station manager that I was receiving death threats and would be armed, I was called dramatic. Eventually, it wasn't worth being afraid of someone so unpredictable, and I moved. He continued to abuse women on social media. He's part of a Nazi book club. In his social media postings, he blames everything on every group of people who aren't white males. He hates everyone who isn't him.

For too long, people have used their platforms to bark at bears. Waking up the already woke to hatred and violence, instigating them to act on their demented views and commit acts of terror. This week, Toronto had an attack with a van, killing eight. They describe the man as an "incel" — involuntarily celibate. That's the reason for killing — not having sex. Tennessee had a Waffle House shooting that was a racist target.

Sadly, Maness isn't the only broken person out there paying attention to our words. Racism and misogyny have been co-opted by pundits who dog whistle for clicks and ratings. It's dangerous. Pop Moore always told us, "Be careful with your words." It's not easy to always do that, especially if you hold fast to your beliefs — I know. But we have to try.

The bears are awake. Don't bark at them.