Dunleavy’s $6,700 dividend is a step toward Alaska’s financial ruin 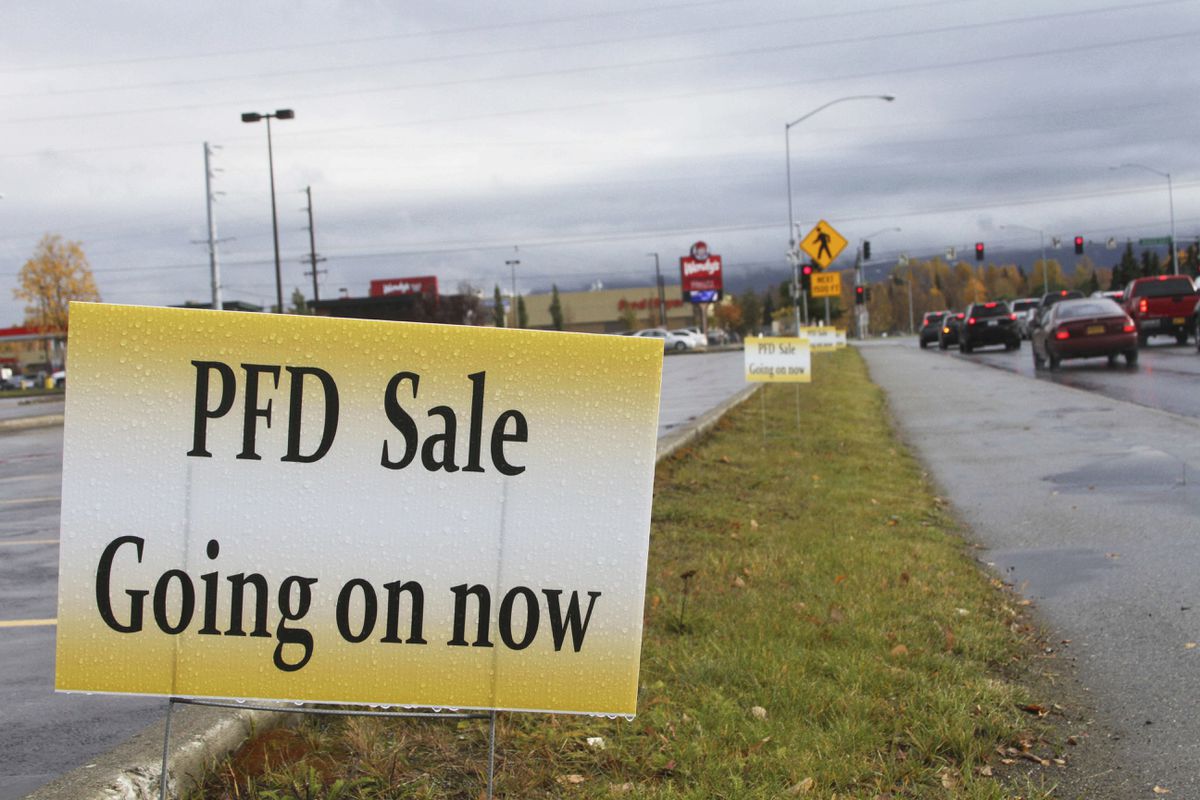 Mike Dunleavy is offering voters a huge cash payment if elected governor that would unsustainably drain state savings needed to pay for services such as public safety, schools and health.

I write about Dunleavy's plan at this late date, only a week before the gubernatorial election, because an article in the Anchorage Daily News finally made his ideas clear over the weekend. On Monday and Tuesday I gathered numbers about the impact on the Alaska Permanent Fund.

Dunleavy, a former Republican state senator, promises to pay dividends based on the 1982 formula plus a make-up dividend to cover reductions from that amount over for the last three years. Those combined payments would total $6,700 for every Alaskan, according to the Alaska Department of Revenue.

For a family, a payment that size could be life-changing. For others, it could finance once-in-a-lifetime partying. For voters, such an enticement is unprecedented and for many it will be irresistible.

But the cost of the payment would be $4.3 billion — again, a figure calculated by the Department of Revenue. Added to the $1.7 billion needed annually for government, the withdrawal would take more than twice what is sustainable.

That total take — $6 billion — would consume more than a third of the money currently held in the spendable portion of the Permanent Fund. Continuing Dunleavy's plan into the future would continue running it down.

An empty Permanent Fund Earnings Reserve Account spells fiscal calamity for Alaska, with sky-high taxes, no dividends at all, or both. Or perhaps politicians would find a way to cash out the principal of the fund to pay for government — or for an even bigger one-time dividend to get a future governor elected.

Of course, every election campaign has politicians with fiscal plans that don't add up. Dunleavy also promises no taxes of any kind. Both candidates say they will cut waste, inefficiency and duplication of services, but offer nothing significant they would reduce.

The state has cut drastically since 2014 and began adding back this year to deal with a crisis in public safety and other urgent needs.

Alaska state spending per resident is in line with other states after adjusting for the dividend — our largest single expense — federal pass-through funds, a unique budgeting system and Alaska's high cost of health care.

But Dunleavy's dividend promise is different. He could do it. And the consequences are irrevocable. Savings can be spent only once.

The fund's Earnings Reserve account has gone empty before in stock market downturns, barely recovering enough to pay dividends in 2003 and 2009. Today's balance accumulated from the longest bull market in history and because Gov. Bill Walker and the Alaska Legislature reduced dividends for three years.

Knowing the stock market cannot rise forever, the Legislature this year adopted a plan to take only as much money as would make the account last through good and bad times. That sustainable draw of $2.7 billion was split between government and the $1,600 dividend we received.

And now the market is falling. The earnings reserve contained almost $19 billion at the end of June and now it is under $17 billion (although the exact amount won't be officially calculated until the end of the month).

Assuming the market is flat — with no further losses but no gains for the earnings reserve — and if Dunleavy's plan goes forward as proposed, the account would fall under $12 billion.

After reading this weekend's article, I asked three of Alaska's most respected experts on government finance about Dunleavy's plan.

"Paying high dividends gives you less revenue, gives you bigger deficits, and to me that's just math," said David Teal, director of the Legislature's finance division. "People don't believe, or don't want to believe, that the dividend and deficit are related. The more you spend on the dividend, the less there is."

Pat Pitney, director of the Office of Management and Budget, likened the Legislature's sustainable withdrawals to living on retirement savings. Dunleavy's super-dividend would be a cash-out.

"It's like drawing out of your retirement account when you're 50. It's not going to last. Can you do it for a few years and get by with it, without anybody noticing? Yeah, probably. And that's the scary thing," she said.

Besides, she added, "Once somebody violates that maximum draw, then why not do it for the next cool thing on the list?"

Gunnar Knapp, the retired director of the University of Alaska's Institute of Social and Economic Research, said Dunleavy's plan is "out of whack."

"It gives you this sexy high dividend, which is out of proportion with the long-term return rate," he said. "We're setting ourselves up for a potential significant possibility that we are not going to be able to keep promises, and the same sort of, 'What are we going to do now?', deer-in-the-headlights situation, where we are going to have to cut everything and have business uncertainty again."

He regretted many voters don't understand these issues and fears that many don't care. The money is sitting there. It's tempting. Folks want to spend it on themselves.

But a previous generation created the fund to save money for the future. Our decision is the same as theirs.

"This is going to affect the taxes and dividends that future generations are going to have," Knapp said. "You have a lot of people who are a lot more into not paying any taxes now, and not giving up a dividend now, because who the hell cares, anyway? Because they do not expect to be around."

I'm sure many readers think that's unfair. Some people predict oil prices will stay high and the stock market will keep going up.

I tend to be more cautious — what used to be called conservative — and when I plan my future I don't assume everything will go my way.

I would rather save the money. Because I would like my children to be able to live in Alaska.