On Tuesday, reject the politics of division 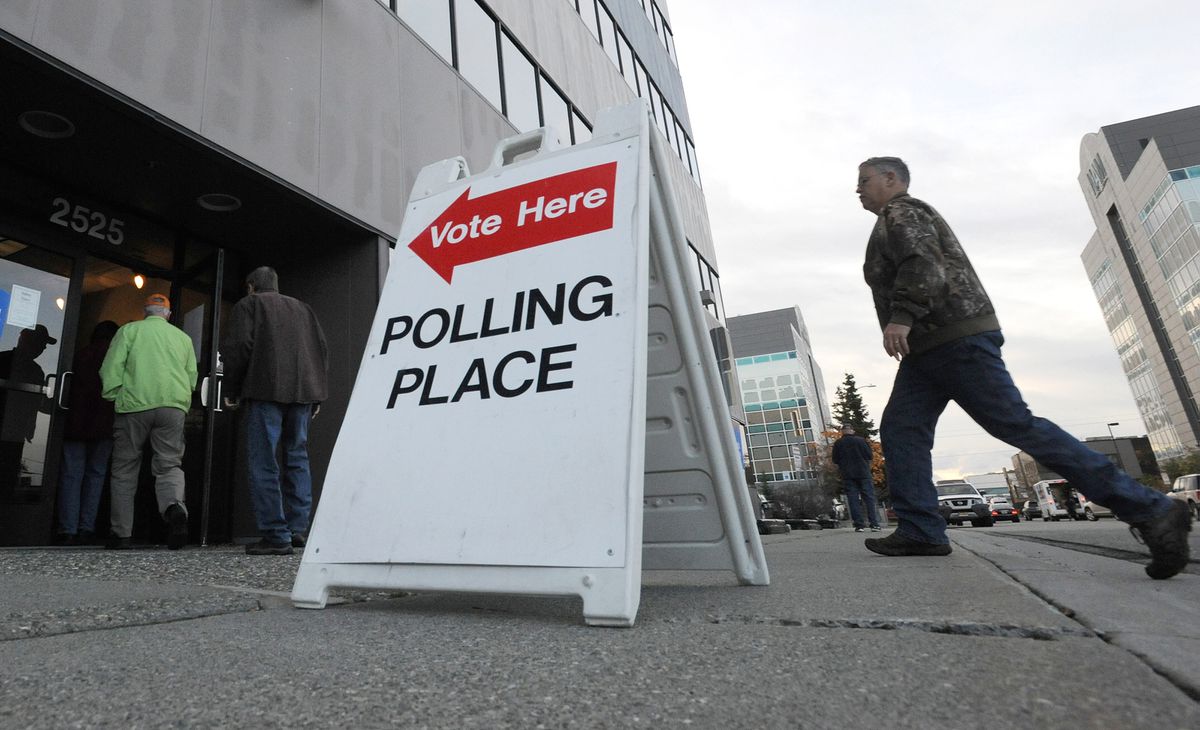 For as long as I can remember, I've seen politics as a religion of sorts. We have sects within our party system, as many and sometimes as radicalized as the multiple flavors of faith. The party agnostics are tuned out and atheist voters either abstain or believe anarchy is inevitable. Personality politics are for the voters who believe in the second coming of Reagan or Kennedy – returned to save us from the madness.

"If Democracy were a religion, voting would be the act of taking the sacrament – Do This In Remembrance of all who fought and died for your right to vote," I've written in these very pages every election cycle.

I stand by that. But I've changed my mind about comparing our responsibility to vote, to hold our government leaders accountable and hoard the new "I VOTED" stickers that have created #TeamWalrus, to religion.

Now that baseball is over, I'm back to listening to public radio. In a Richard Thompson interview, he said something that rewired my view on religion. As someone who was raised in the First Organic Free Range Christian Church of Homer, that wasn't easy to do.

He explained his own faith and said he looks at all religions as coming from the same source – like water poured into different shapes and colors of bottles. The water takes that shape and color of the vessel; be it Christianity, Judaism, Islam, Indigenous, well, you get the idea. The water, the faith, is love.

I keep rolling this thought around in my mind while pondering that the plasma in our blood and seawater have the same salinity. Throw in the Isak Dinesen about all things being cured by salt water, (sweat, tears or the sea), and I've spent an afternoon filling water buckets and I'm seeing religion as a commonality instead of a difference between us all.

The only thing politicians seem to agree about lately is the vast divide between us. This isn't all Trump's fault, though he's given it a rallying call. "Us vs. Them" is a mechanism used to pit us against each other and ratchet up tribal loyalty to a particular brand of politics. No longer do parties share a common wellspring – the Constitution and the American Dream. But it wasn't that long ago that people like Ted Stevens and Joe Biden would have dinner in each others' homes and figure out what they could do to advance our country, because even though they came from different political parties, each cared about democracy first. The solutions may have been different, but the goals were the same.

I, like many of you, am worried about our country. We're seeing what happens when a political party changes the octane of its fuel to fear and greed. As Averroes said, "Ignorance leads to fear, fear leads to hate, and hate leads to violence. This is the equation." If that thousand-year-old quote goes back too far, Yoda said it too: "Fear is the path to the dark side. Fear leads to anger. Anger leads to hate. Hate leads to suffering."

Pipe bombs in the mail, hate crimes against African Americans and Jews, the fear-mongering against refugees walking thousands of miles to escape violence; these fill our news diets. One party is now fed by this poison, but I'm seeing Alaskans reject it every day.

We've come into winter, finally, and Alaskans know we can't afford to vilify each other when it's below freezing. We don't check bumper stickers when the roads are slick and someone has found unfortunate parking off the road. We shouldn't abide it in our voting, either.

Gov. Bill Walker is not running, though his name is on the ballot. If you want to vote for him to thank him for his service to our state, don't. Send him a thank-you card and vote for Mark Begich. Alaska's values don't line up with the fear-based campaign of Mr. Dunleavy, who has now taken to warning us that if Ballot Measure 1 passes, and we get some reasonable public input into big construction projects that we may as well start building "latté shops" and welcoming "helicopter tours from Hollywood." He's trying to make fish "liberal." Alaskans know better.

Alyse Galvin, not a member of either party, has given us a breath of the kind of person it's possible to send to Washington, D.C., on our behalf. Sadly, Don Young is now beating his chest about Nancy Pelosi and campaigning against George Soros. Soros has become a code for the anti-semitic, and I don't get how it works in Alaska. We're even seeing hit pieces in the mail against Jewish candidates, showing a shadowy suited figure shoving wads of cash "from our wallets" into his pocket. News flash: Our first governor and later U.S. senator, Ernest Gruening, was Jewish. It's part of our historical fabric to be treasured, not ripped apart for political rage points.

I'm not saying vote a straight blue ticket or we're all going to die. In my district house race I voted for the Republican, Louise Stutes. Why? Because she does her job and doesn't seemed poisoned by the party she identifies most with. We should study her and create a vaccine for some of her colleagues.

Salmon aren't partisan, though they are sacred. Vote to protect them, and our water.