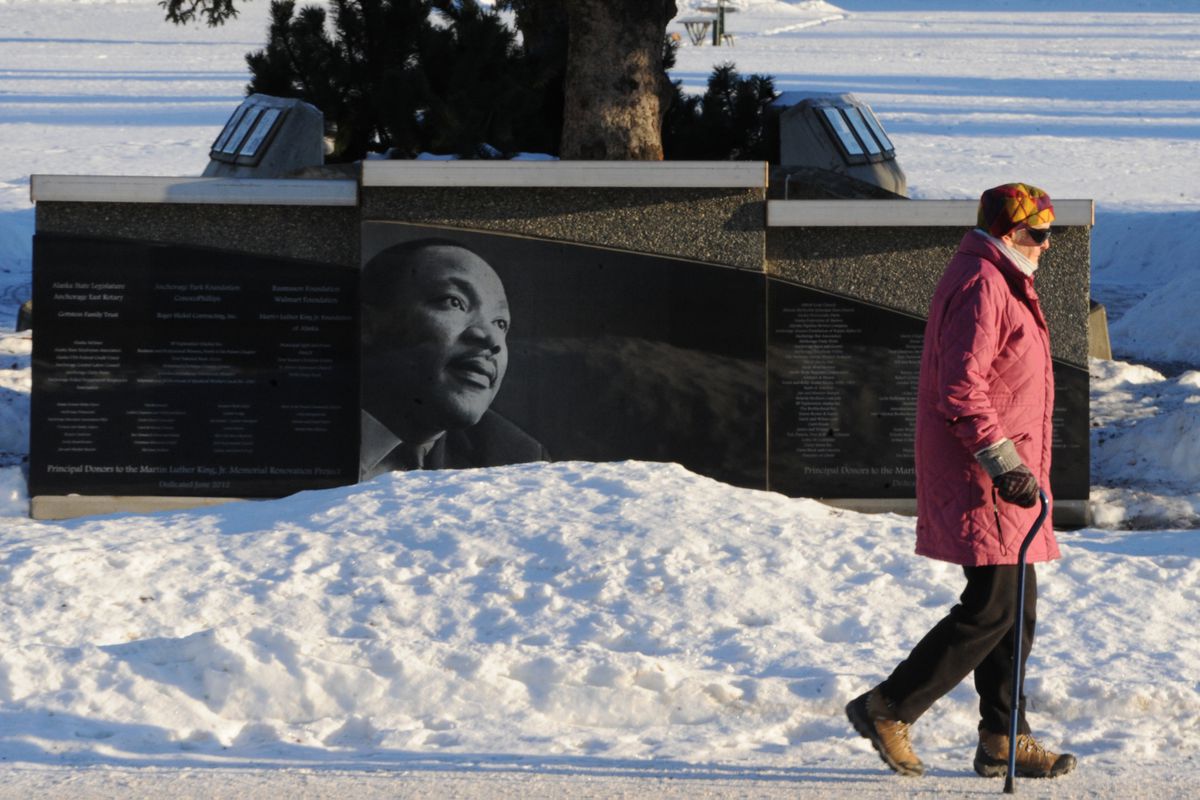 This is the first op-ed column that I have written for an Alaska newspaper since the mid-1980s, when I wrote for the old Anchorage Times and the All-Alaskan Weekly.

Shortly before the state adopted the holiday, racism reared its ugly head, when the city decided to name the newly constructed performing arts center after Dr. King. Printing shop owner Don Smith became so outraged that he circulated a petition to hold an election to rescind naming the center after Dr. King. Not surprisingly, the ballot measure passed and Dr. King’s name was removed from the center. This created a considerable amount of racial tension. To help reduce the tension, I was appointed to chair a biracial committee to come up with some alternatives for the city council’s consideration. The city council adopted one of the committee’s three recommendations, which was to name a portion of the downtown park strip in Dr. King’s honor.

A short time later, as executive director of the school district capital construction program, I was asked to chair a committee to name a facility after Dr. King. Recently deceased state Sen. Bettye Davis, who was a member of the school board at the time, did most of the heavy lifting required to gain the support of Superintendent Bill Coats and board president Bill Frick to name the Career Center High School in honor of Dr. King.

Since I moved from Alaska, there has been undeniable progress concerning issues of race in America. However, recently there has been a resurgence of racial animus in American life. The statespersons of both parties of my youth have all passed away. Thus, there are no remaining voices to challenge the openly inflammatory language now coming out of the mouths of some of the highest elected officials in government.

Local grassroots and national civil rights organizations have largely become mostly ineffectual and in far too many cases totally impotent.

Next month, I will be joining a group of concerned citizens who will be attempting to stem the tide of apathy that is engulfing individual states and our nation as a whole by convening a summit.

The summit, scheduled to take place Saturday, Feb. 16, at Clark Middle School, will honor the legacy of Bettye Davis. The summit is being hosted by Shiloh Community Development, Inc.

There will be an opening plenary session to include breakfast, forums on economics, education, health, a youth empowerment luncheon, justice, and politics. The summit is free to the public. Persons wishing to attend should call 229-4228 and ask for Ms. Growden to reserve a spot.

I hope to renew some old friendships dating back to the mid-1970s, when I first arrived in Alaska.

Louie Overstreet lived in Alaska from 1975-1992. During that time, in addition to his career as an engineer, he was active in Anchorage community affairs. He was an editorial columnist for the Anchorage Times and the All Alaskan Weekly. He also served as president of the Alaska Black Caucus. He now resides in Las Vegas, Nevada.