Alaska may be ‘open for business,' but good luck getting information from the Dunleavy administration about fisheries-related budgets 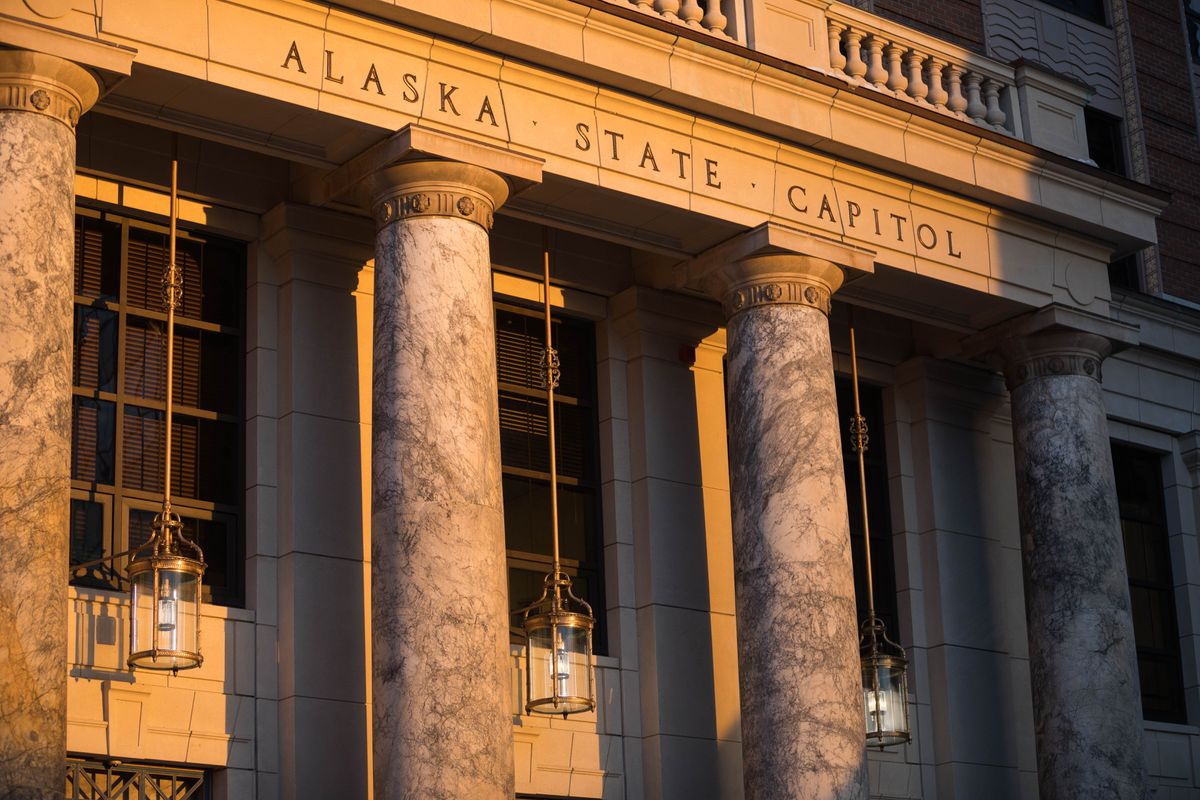 Alaska’s new slogan is “open for business,” but good luck trying to find out any budget details when it comes to the business of fishing.

The Dunleavy administration has a full gag order in place at the Alaska Department of Fish and Game, and all budget questions, no matter how basic, are referred to press secretary Matt Shuckerow. Likewise, queries to the many deputies and assistants at the ADF&G commissioner’s office are deferred to Shuckerow, who did not acknowledge messages asking for information.

“It isn’t just the media or Alaskans. Legislators are faced with that same gag order,” said Rep. Louise Stutes, R-Kodiak.

“I don’t know if the administration is just trying to settle in and thinks that the Legislature is their worst enemy and they want to keep people at bay or what,” she added. “Hopefully, they will realize that we have to work together and the sooner we do it, the better relationship we’re going to have.”

Stutes, who is the majority whip in the Alaska Legislature and also chairs the Fisheries and Transportation committees, said Gov. Mike Dunleavy “has made very few appearances and nobody can get an appointment with him.”

She confirmed that anyone who meets with Dunleavy must relinquish cellphones, Apple watches and any recording devices. The executive committee of the Alaska Municipal League was able to meet briefly with the governor during its annual meeting earlier this month in Juneau, said Pat Branson, a committee member and mayor of the City of Kodiak. The AML includes 165 cities, boroughs and municipalities that represent over 97 percent of Alaska’s residents.

“We were grateful to meet with the governor because he did not come to any of the AML meetings,” Branson said.

“All we heard was that he’s all ears,” she added. “I told him that we are problem solvers and it is something we do every day. We’re all aware that the state’s fiscal plan has not been in order for many years. How can we maintain our services and work through a plan that meets our community needs?”

Branson said the AML is “shocked and upset” at the drastic cuts in the governor’s proposed budget and the way it came about.

“It was done without any communication with municipalities, school boards, or boroughs and, I believe, without any care or understanding of how things work in Alaska, or the importance of the marine highway system or fisheries to local communities or how it will affect Alaska’s overall economy,” Branson said. “Why would people want to come or stay here? We’ve never seen a budget come forth from an administration like this. It’s just not acceptable.”

AML members plan to hold town hall meetings, Branson said, and return to Juneau with ideas to present to the Legislature and the governor.

“We, as elected officials, are just getting a grasp on this budget. I don’t know if Alaskans understand the degree that these cuts affect them individually” Branson said. “We want to bring in a neutral party to explain the cuts and how it affects our communities. We’re hopeful the governor will listen to some alternative solutions from Alaskans.”

Fish first – The House Fisheries Committee has several new faces among its members that include Stutes, Speaker of the House Bryce Edgmon of Dillingham, Geran Tarr, Chuck Copp and Lance Pruitt of Anchorage, Sarah Vance of Homer and Jonathan Kreiss-Tomkins of Sitka.

“We are going to focus on fish, fish and more fish, and how important and critical it is that we sustain our fisheries in a healthy manner. And part of that equation is making sure that the Department of Fish and Game is fully funded,” Stutes said.

Frances Leach, executive director of United Fishermen of Alaska said she is excited about the make-up of the Fish Committee. UFA is the nation’s largest fisheries trade organization with 35 diverse member groups.

“Stutes as the chair really knows how to run the show and I think it’s going to deliver some great benefits,” Leach said.

She agreed with the committee’s main focus to educate people in the capital about how critically important commercial fisheries are to the economic stability of Alaska.

“UFA is proud of the fact that commercial fishing is the number one private sector employer in the state of Alaska employing over 60,000 men and women and I think that’s often forgotten,” Leach said.

Both UFA and the Fish Committee will continue to push for HB 35, an act relating to participation on the Boards of Fisheries and Game that resolves conflicts of interest.

“This bill will ensure that people who are sitting on the boards have an opportunity to participate in the discussion even if they can’t vote,” Stutes said. “That’s why they are there, because of their expertise, and right now they are conflicted out.” UFA also is focused on shellfish enhancement bills that were reintroduced this year.

“We’re really excited because if it all goes through, in 20 years Alaska mariculture could be a $100 million industry,” Leach said.

UFA also will strongly support the state’s hatcheries and “urge use of good science and facts to guide the future of the program,” Leach said.

“We’re very concerned and believe it will cause a lot of hardship for coastal communities,” said Leach. “Not just for fishermen, but for the towns that use that money for education and infrastructure. It impacts everybody.”

Details are sketchy but it aims to reorganize and consolidate the Commercial Fisheries Entry Commission into the ADF&G Commercial Fisheries Division. Also, the directors of the Habitat and Subsistence divisions would be moved from ADF&G to the Office of Management and Budget.

The travel budget for all state departments would be cut by 50 percent, which will be difficult for the Boards of Fisheries and Game to hold meetings in constituent regions.

A proposed 16.3 percent increase to the Alaska Seafood Marketing Institute was removed and ASMI will receive zero from the state.

Fish meeting: A push for a personal use fishing priority over all other users in Cook Inlet will be among 16 proposals before the Board of Fisheries in its meetings on March 9-12 at the Anchorage Sheraton.

Dubbed “Help Move Alaskans Up the Food Chain,” proposal 171 by the Kenai River Sportfishing Association would “require the BOF to consider Alaskans’ food needs and use of fisheries by Alaskans when setting fishery allocations. The current allocation method prioritizes the export of Alaska’s fish for consumption by outsiders over the need of Alaskans.”

On March 8 the board’s Hatchery Committee also will hold a special meeting. All meetings are open to the public and available via live audio at www.boardoffisheries.adfg.alaska.gov.