An open letter to Alaskans: We must recall Gov. Dunleavy 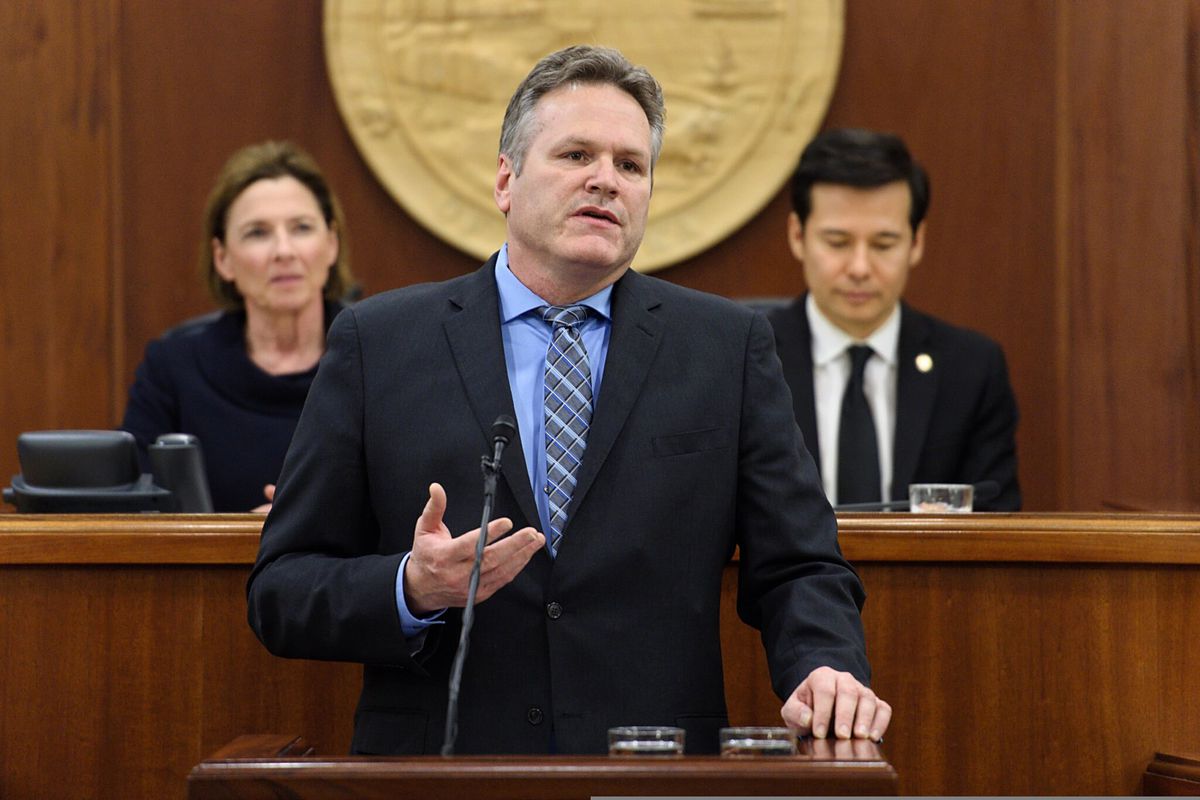 We take seriously our obligation to build and sustain communities so that Alaskans may thrive. We know that using resources wisely requires long-term planning and plenty of listening.

Gov. Dunleavy has put forward a long list of vetoes, saying we cannot afford access to medical care, access to a properly funded university, access to art and culture. The governor would have us neglect our obligations to elder care and Head Start, to shelter for the homeless. The governor thinks we cannot afford to fund scholarships that Alaska’s brightest students have worked hard to earn, scholarships already awarded.

With careful planning, we can afford all those things.

What we cannot afford is for Gov. Dunleavy to remain in office.

His brief time as governor has brought us an atmosphere of fear and distress, as people worry about whether they will be able to care for special-needs children or whether they will lose their jobs, their homes, and their ability to live in Alaska.

We cannot allow a governor who doesn’t understand the concept of separation of powers to remain in power. He cannot be allowed to attack the judiciary because courts make decisions he doesn’t like. He cannot be allowed to keep the Legislature from upholding its constitutional responsibilities to fund programs that provide for the health, education and well-being of Alaska’s people.

We cannot trust a governor who uses state funds for his own political gain.

People from all regions of Alaska have had enough. Urban and rural leaders, Republicans, Democrats and non-partisans, want the governor gone. Alaska Native organizations, educators, medical professionals, business leaders, bankers, environmentalists, Labor, arts organizations and nonprofits know we can do better. We stand together to call for Gov. Dunleavy’s ouster.

We have asked a team of Alaska’s finest legal experts to draft a petition stating the reasons we must recall Gov. Dunleavy.

We respectfully ask you to join us in the recall process.

Joseph E. Usibelli Sr. and Peggy Shumaker, husband and wife, live in Fairbanks. Usibelli is chairman of Usibelli Coal Mine, Inc. Shumaker is a poet and author, and has been honored as Alaska State Writer Laureate from 2010-2012 and as the Rasmuson Foundation’s Distinguished Artist for 2014. Co-chairs of Recall Dunleavy are Joseph E. Usibelli Sr., Arliss Sturgulewski and Vic Fischer.