Alaskans, are we consumers or builders? 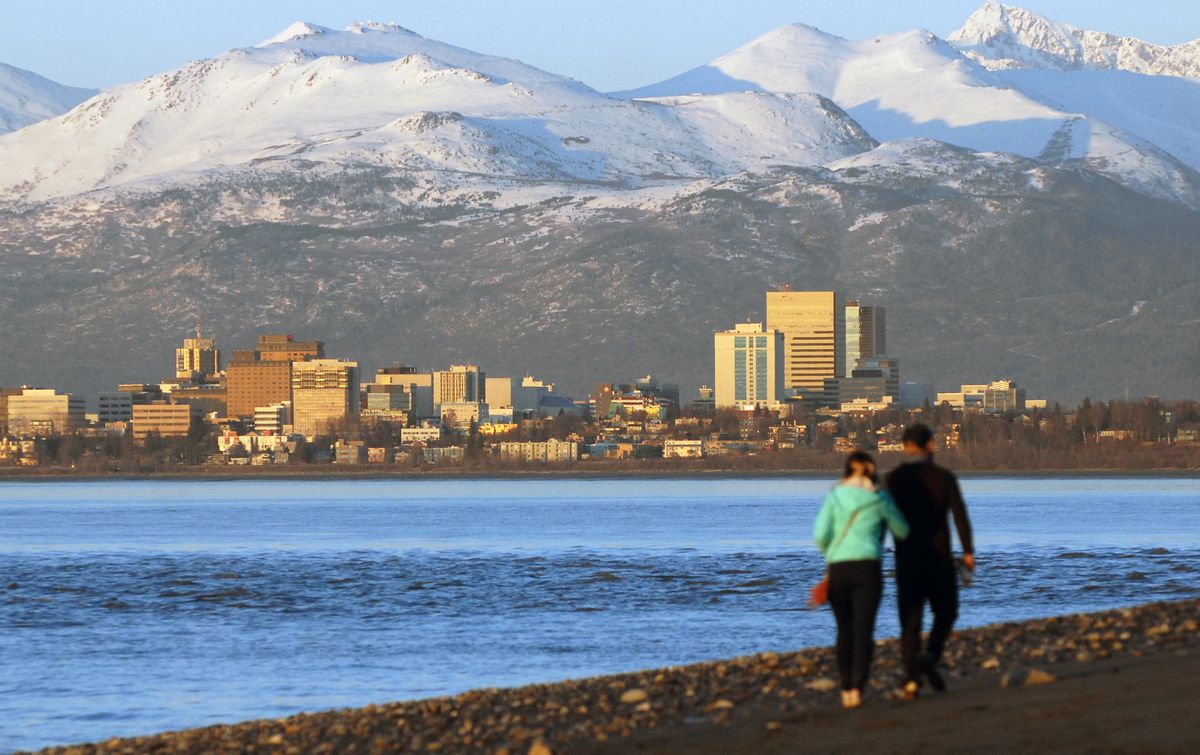 When Gov. Mike Dunleavy first proposed his economy- and services-killing budget, I knew Alaskans were being maneuvered into a spiral of devastation: The governor proposes something extreme. The Legislature counters with something more reasonable, but still with painful cuts. Dunleavy hacks away with his vetoes. The Legislature counters with a less devastating proposal, but with even more cuts to appease the governor and his minority of supporters in the Legislature — and still no proposal to solve the revenue issue. When one party starts with extreme positional bargaining and the other party tries to use interest-based bargaining you know that wherever you land, whatever “compromise” is made, the results will be putting out the raging house fire, not fixing the faulty wiring. How do we fix the faulty wiring?

Much has been written about the role of the Permanent Fund dividend — is the PFD a right? Should Alaskans rely on it? Is reducing it a form of taxation, especially on poor Alaskans? Much is written, too, about the need for additional revenue and the role of the oil industry and tax credits: Should Alaska re-institute some sort of general taxes? Should the oil tax credits be reduced or eliminated? What isn’t discussed so much is the relationship between the PFD, oil and other extractive industries, and Alaska’s continuing colonial economy. While the original intention of the PFD — to share resource wealth with all Alaskans — was a noble aim, the PFD also functions as a bribe to Alaskans to continue to acquiesce to a colonial economic structure, in which resource extraction industries controlled by outside interests make the bulk of the profits and local economic systems are manipulated to serve those industries. The PFD encourages this by prioritizing our role as passive consumers instead of our role as workers and builders of this state.

In 2017, Facebook CEO Mark Zuckerberg vacationed in Alaska and spoke positively about the PFD as a form of universal basic income, or UBI, something that some people on both the political left and right see as an important tool to combat poverty and reduce the welfare state. It’s no surprise that wealthy people who benefit most from our current economic system of low wages and high consumption are looking for a way to keep that model going. UBI, like the PFD, sounds good and has a noble aim, but it would also be a bribe to Americans to prop up the Facebooks, Googles and Walmarts of our country. For a relatively small additional cost, they get consumers, they get to keep their wages low or eliminate workers altogether, and they get to keep the bulk of the resources coming their way. We provide our data for free and they sell us cheap goods while filling offshore bank accounts and buying private planes. Of course, proponents of UBI see it otherwise. They see a solution to an inevitable crisis. But the crisis is only inevitable if we accept that their economic model and their dominance within that model is unchangeable.

Alaska has certainly benefited from our current economic structure, despite its almost complete reliance on one industry, but what have we really built with the more than $140 billion in petroleum royalties, taxes and Permanent Fund earnings? We have a growing health care industry in Anchorage, but villages without running water. We have bustling oilfield support industries, but little diversification of other businesses. Where are our roads? Where is the smaller-scale development that would support local communities? Some people will tell us that we don’t have these things because of over-regulation or because some places are too small to survive. Others might argue that rural people refuse to support development. Neither position is true. Many communities support development, but they also want some control. They want to be able to ensure that roads don’t lead to over-hunting or a corridor for drug dealers and end-of-the roaders to harm their communities. They want to be able to ensure that their long-term economies reliant on renewable resources are protected. The only development Alaskans are offered are large-scale resource extraction industries that promise a temporary boost to the economy and a few local jobs. The colonial economy lives on.

Instead of propping up this system where our role as consumers spending our PFDs is more important than our role as the workers and builders of Alaska, why don’t we demand that our money be spent on actually supporting a diversified economic base and giving communities the resources and the control they need to manage them? Instead, we are given a check and a promise that somehow, the Outside investors will come in and employ us all, so long as we let them do whatever they want.

The elders who built this state can no longer depend on the Pioneer Homes to be there for them. They can’t depend on senior benefits. The current builders of the state — the educators, construction workers, researchers, health care workers — now realize they can’t depend on the state supporting their work and they are already leaving. Our children, the builders of the future, fear they may not have a viable economy to come back to or the type of education and services they need to raise their own children someday. We need to ask ourselves who we are. Are we consumers or are we builders? Yes, it’s Alaska’s oil and Alaskans’ money. But it’s also our state, our elders, our friends and our children. Let’s keep building something for them.