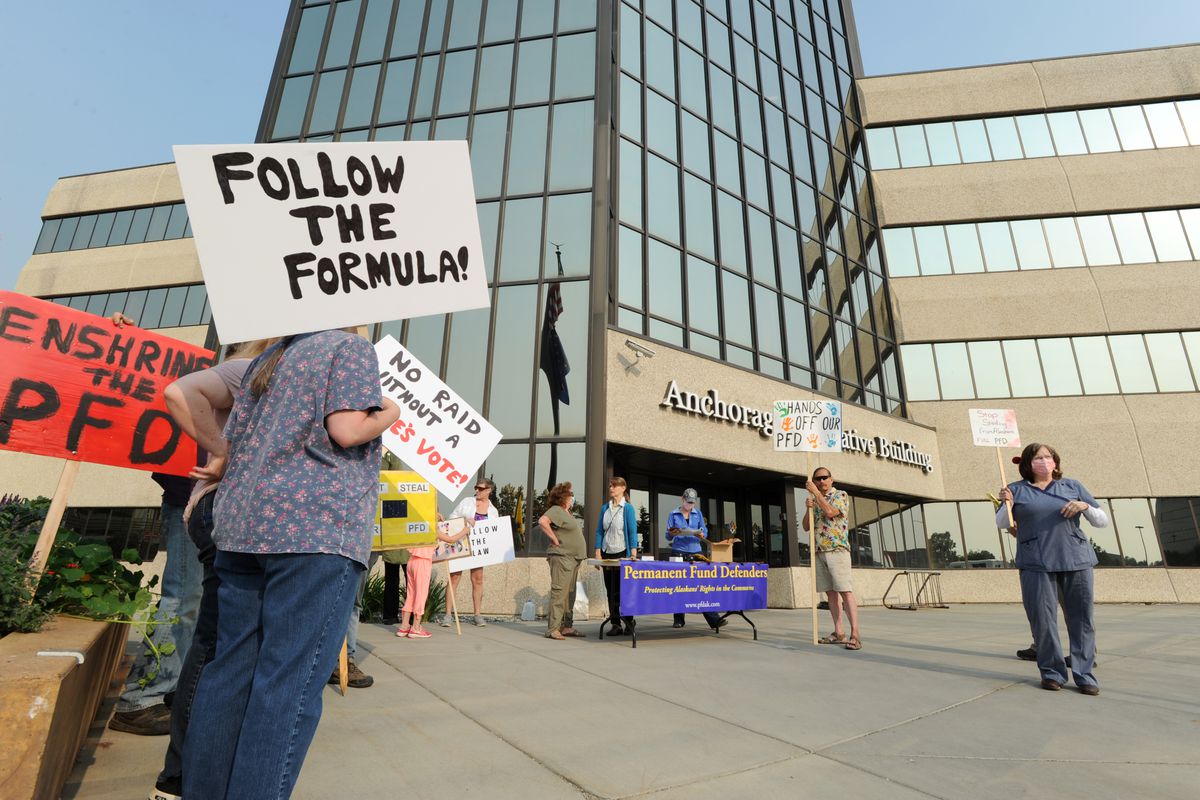 Recently, the Anchorage Daily News printed an editorial slamming Gov. Mike Dunleavy’s plan to pay the full Permanent Fund dividend by law and calling for the Legislature to reject another special session. Soon after the ADN opinion was published, a column by former Deputy Commissioner of Revenue Larry Persily advocated for ditching the historic dividend formula and adopting a new distribution formula in law that would allocate some funds for the PFD and use the balance for government spending.

As longtime supporters of the Permanent Fund and the PFD, we know how important it is to protect the PFD. And we’re wary of any rush to spend the people’s savings on government. We’ve seen how the PFD is held hostage by politicians the past three years as part of the annual appropriation process. It’s time to pay the people’s PFD from the funds cut from dividends over the past four years.

And we need a change in how we pay the PFD. The key issue here is how to pay Alaskans a PFD into the future in order to protect the Permanent Fund system and benefit all Alaskans. The Permanent Fund dividend has been a hot political topic the past four years. The dividend payment is now an annual political topic that hinders debate on how to build a sustainable operating budget. It is time to decide the dividend issue with certainty, a task that requires a special session. A change to the PFD in law, with no vote of the people, will not accomplish the stability our state needs.

We believe a special session addressing the dividend is critical to the financial well-being of our fund and rights of all residents, the Alaska resource shareholders.

Every eligible Alaskan deserves a Permanent Fund dividend guaranteed by a formula embedded in our state’s constitution. After all, the dividend is funded from mineral royalties the citizens voted to preserve in a trust account protected by the constitution. The dividend is not a discretionary welfare check set at the whim of politicians.

We urge the governor to work cooperatively with the House and the Senate to set an agenda for a productive special session. This includes passing a resolution for constitutional protection of a fair Permanent Fund dividend that the Alaska public will vote on next year.

The two of us have different backgrounds. Clem, a commercial fisherman, still works on the water near his home in Halibut Cove on Kachemak Bay. Rick, a commercial pilot, flies from his home in Eagle River to work and a family residence he maintains near Dillingham. Each of us served in the Alaska Legislature for decades. We both worked to establish the Permanent Fund and care about this legacy for our children and future Alaskans.

We also agree the single best thing our state can do to ensure the long-term viability of Permanent Fund is establishing the link between the citizen owners of the fund by placing the Permanent Fund dividend formula in our constitution.

The need to act this year is clear. PFD issues require focused attention before the budget fights and gridlock resume in 2020. A stable and conservative formula for paying the annual PFD needs to be embedded in the Alaska Constitution. We call on all Alaskans to urge the legislature and our governor to deal with these critical issues in a special session this year.

Clem Tillion is a retired commercial fisherman and a nine-term former Alaska state legislator. He is a charter member and past chairman of the North Pacific Fisheries Management Council and has served on numerous government fisheries regulation councils and committees. He lives in Halibut Cove, near Homer, Alaska.