Don’t buy the doom and gloom: Alaska has a bright future 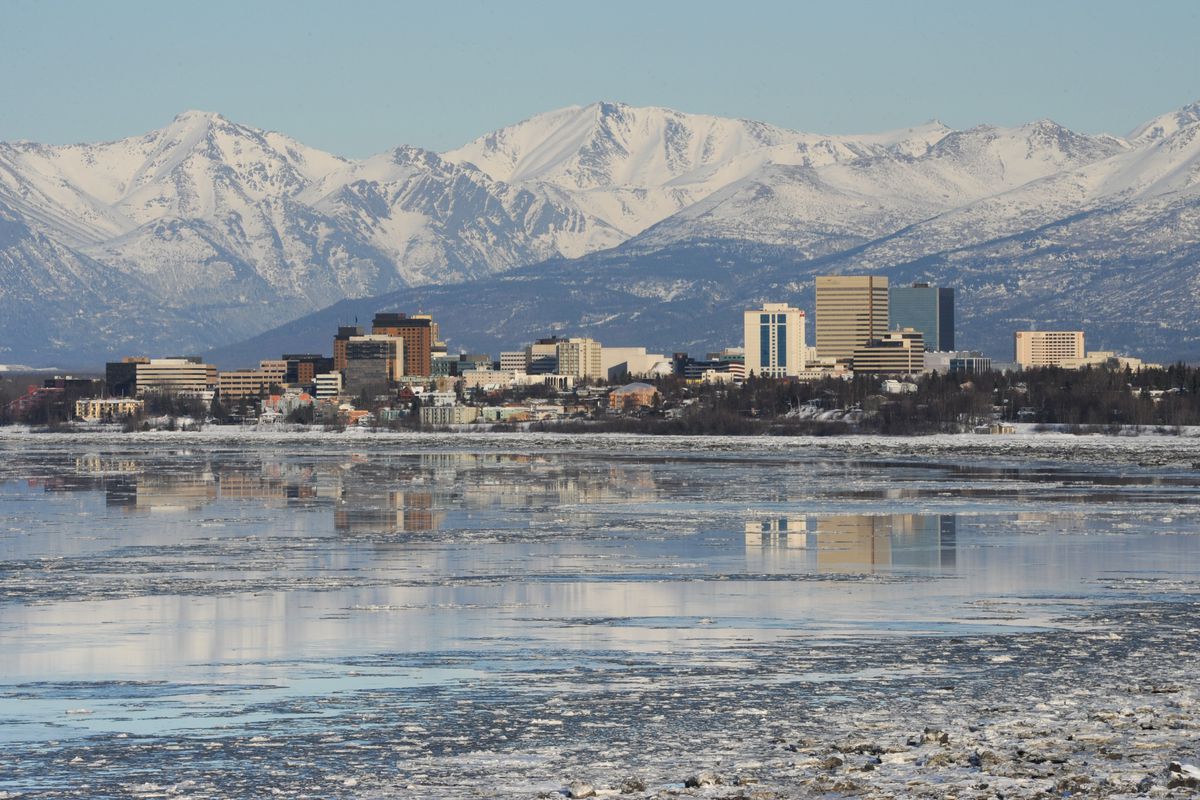 The Anchorage skyline is reflected on an incoming tide on Monday, Mar. 4, 2019. (Bill Roth / ADN)

The Anchorage skyline is reflected on an incoming tide on Monday, Mar. 4, 2019. (Bill Roth / ADN)

When Gov. Mike Dunleavy submitted a budget that would cut more than a billion dollars from the public sector, he was met with staunch resistance. Many economists, including myself, stated the obvious. Cutting the budget would require reducing jobs. Opponents of the governor quickly attached themselves to sound bites such as “the economy is too fragile right now” and “these cuts would destroy the economy.” A common talking point was that $100 million in cuts would equal 1,000 lost jobs.

By the time the budget cuts were whittled down, shortly after the governor’s vetoes, the University of Alaska Anchorage’s Institute for Social and Economic Research published a paper stating that the economy would still suffer 4,217 lost jobs. In their minds, gains in other sectors could only offset 1,325 of those losses. As a result, the unambiguous claim was “… the cuts and their indirect effects make it clear that the economy will dip back into a recession.”

Several other economists chimed in. All of them issued the same apocalyptic prophecy. I took the contrarian view, pointing to the fact that the economy was stronger than perceived and that the projections of others were based on an outdated model of our economic system. "The losses can be absorbed," I said. That view was passively ignored or actively belittled. “I’ll believe the real economist” was a slight often found on social media.

The operating budget that finally passed was $463 million lower than the year before. With 25% of the year in the books, the data show 500 lost jobs in the public sector and 2,500 jobs gained in the private sector. Perhaps it’s still too early to know for sure, but it is starting to look like those doomsday statements were oversold. But I have yet to hear anyone say they were wrong.

Right now, every single sector is growing, other than the two that are declining around the country – retail and information. Every measure of the economy suggests it is improving. There should be no doubt that the economy is strong. Yet, here we are.

Those who relied on economic impacts to oppose the budget cuts continue to dismiss the evidence. In the most recent bout of denial, opponents argue that a falling unemployment number isn’t actually a good thing. Putting aside the convenience that both an improvement and a worsening of the number benefits them under this logic, job counts are growing alongside a decrease in the number of unemployed persons — which nullifies the theory. “But we still have the highest unemployment rate in the nation,” the naysayers shout. However, that ignores the fact that Alaska currently has the lowest unemployment rate it has ever had.

Next month, I’m confident that a reported decline in population will become the vehicle for denial. But, those leaning on that statistic will ignore the fact that the net migration loss last year is on par with the previous seven years of data. We have been losing more people than gaining in every year since 2012, when we had a record high budget. But, somehow, they will blame the budget cuts of 2019 and ignore the fact that migration has more to do with the strength of the Lower 48 economy than anything else.

For now, a new attempt to discredit those that don’t share the pessimism has surfaced. “Look at the falling labor participation rate,” they say. “Yes, look indeed,” I retort. That is the root of why all those other economists were wrong.

The portion of the population that has a “job” is falling across the country because the Baby Boomers are retiring faster than Millennials can replace them. But that is precisely why a shrinking labor force didn’t translate into consumption declines, and home prices didn’t collapse when oil prices crashed. Retirement income is replacing wages.

Plus, the younger generation is redefining what a “job” even is. In recent years, there has been a surge in “independent contractors” and a decline in those participating in the “labor force” by its historical definition. In short, the link between “wages” and spending is breaking down – and it’s destroying traditional economic models in the process.

The bottom line is that all evidence suggests Alaska’s economy is growing. It is a fantastic place to live and is full of boundless opportunities. While I’m not a big fan of aggressive budget cuts, it’s time to put the politics aside and face and the facts. Alaska’s economy is not as dependent on the government as you think.

Ed King is the principal economist at King Economics Group, based in Juneau. He previously worked as the Chief Economist for Gov. Dunleavy and as an economic adviser to Gov. Walker. He is currently under state contract to study oil tax rates. He has no political affiliation and prides himself on providing non-partisan analysis.